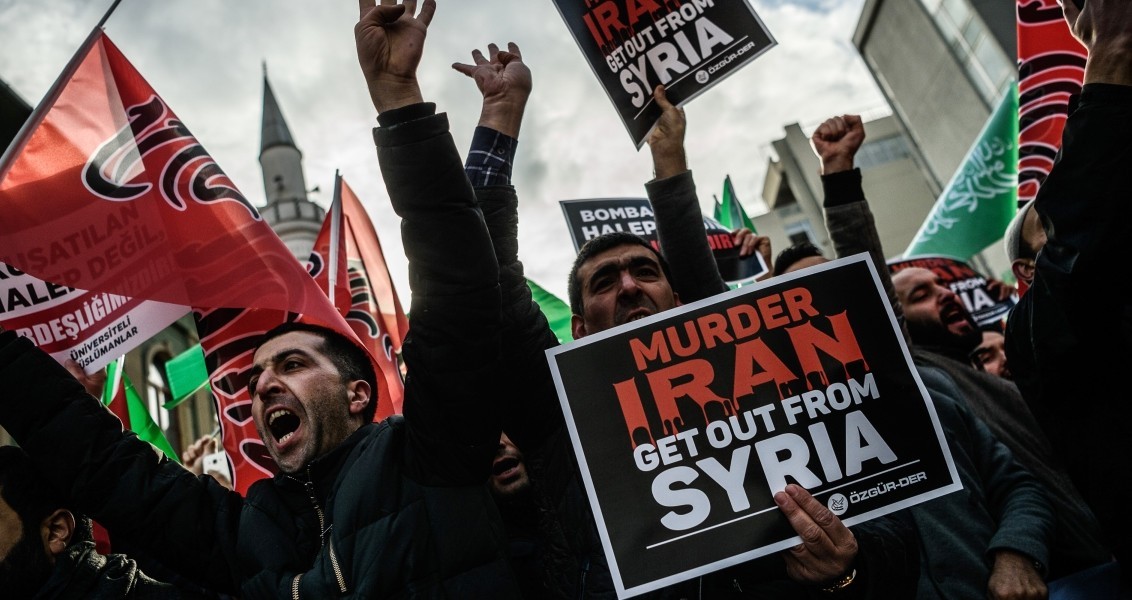 Challenging the Iranian Influence over Iraq

A new balance of power is emerging between Russia and the U.S. as well as among regional powers including Turkey, Iran and Saudi Arabia.

Turkey, in cooperation with Russia, brokered a cease-fire deal for the evacuation of thousands of civilians from eastern Aleppo, which recently fell to the Assad regime. Tired and overwhelmed, many evacuees told the media that only God and Recep Tayyip Erdoğan’s Turkey have stood with them. In order to secure the implementation of the deal, the Turkish government had to mount intense pressure on Russian President Vladimir Putin, Tehran and Damascus. In the end, the efforts of the Shiite militia were thwarted before these militias could realize their dream of killing more people in the region.

The close cooperation between Erdoğan and Putin increased the possibility of a general cease-fire in Syria. The president signaled that Turkey could work with Moscow, stating that “the situation in Aleppo must be taken under control if there is interest in reaching a solution in Syria.” With all eyes set on Dec. 27 when Turkey, Russia and Iran will meet to discuss the situation in Syria, Mr. Putin raised the stakes during his trip to Japan by telling reporters that he and Erdoğan had agreed to continue peace talks in Astana. He added that the Astana process wouldn’t be an alternative to the Geneva talks but an effort to complete it.

The Russians, who have been talking to the opposition through the proxy of Turkish officials, are eager to seize the opportunity presented by the transition in the U.S. Moving forward, a handful of questions will require an answer: In the wake of the fall of Aleppo, could the Astana summit lead to a general cease-fire? Or are these talks just a ploy to give the regime some time before the Idlib offensive? If the parties agree on a general cease-fire, could Bashar Assad and the opposition engage in a political process?

Here are some additional questions: How will Donald Trump, who pledged to take money from the Gulf to set up safe zones in Syria, react to the most recent developments? Can the U.S. strike a balance between the president-elect’s commitment to working with Assad and limiting Iran’s influence over the Middle East?

Right now, everything is up in the air.

My opinion is that talks between Turkey and Russia could yield two results: First, we could witness a trickle-down effect from the violent clashes between the regime and the opposition as all parties temporarily focus on defeating Daesh. More importantly, the recent developmentscould pave the way for a Turkish-backed offensive against the PKK’s Syrian offshoot the Democratic Union Party’s (PYD) armed wing the People’s Protection Units (YPG) in Manbij and elsewhere – a undesirable move that certain countries are attempting to stop by threatening to spread fake news associating Turkey with Daesh. The fact that two major U.S. newspapers recently publicized a report in the U.K. wasn’t lost on anyone. Before long, the Western media, which has a crush on the PKK, could start talking about Turkey’s alleged ties to Daesh.

Secondly, Turkey’s fight against the PKK-YPG in Syria could trigger a new wave of violence in Iraq. Recent statements by Iraq’s Kurdish Prime Minister Nechirvan Barzani and the U.S. State Department urging the PKK to leave Sinjar, coupled with a phone call between President Erdoğan and his American counterpart focusing on Tal Afar and Sinjar, indicate that there could be some movement in Iraq soon. And any movement there could cripple Iran’s efforts to create a transit route to Syria through the proxy of Shiite militias and the PKK.

Donald Trump’s surprise election victory represents a clear warning that Washington will no longer tolerate Iranian expansionism in the Middle East. Over the next few months, Tehran will have to start playing defense in order to maintain its regional influence. The first salvo was fired when the Republican-controlled Congress passed a 10-year extension against Iran – which was later vetoed by President Obama. Again, Turkey’s outreach campaign to Sunni tribes in Iraq and Saudi Arabia’s relationship with Muqtada al-Sadr both indicate that the Iranians will no longer enjoy unchallenged control over Iraq.

A new balance of power is emerging between Russia and the U.S. as well as among regional powers including Turkey, Iran and Saudi Arabia.

The Impact of Iranian Over-Expansionism on Regional Politics
Next
Loading...
Loading...
We use cookies to ensure that we give you the best experience on our website. If you continue to use this site we will assume that you are happy with it.Ok