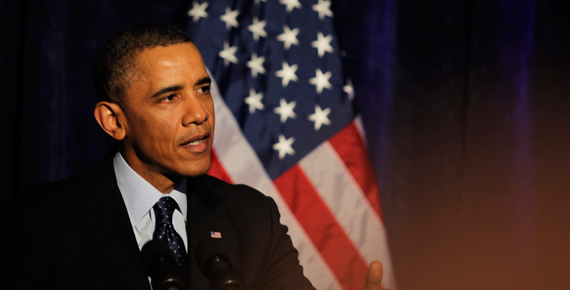 A Super Power’s Test with Syria

The analyses over the US policy in Syria have started to concentrate on the US gains if the Syrian crisis drags out rather than on the risks Washington will face.

The developments in the last two years in Syria have gone beyond the borders of the country and disturbed the stability of the regional countries, and have introduced serious consequences on the future of the global politics. This issue gains ground as an important Lithmus paper determining the norms and the meaning of international legitimacy and of global leadership. Foundations of the international system are being questioned more every passing day because of the Syrian crisis as the existence of international institutions and norms – the United Nations Security Council in particular – continuously lose meaning.

On one side, the question of why Britain and France are still permanent members of the Council is being asked quite often and on the other, the veto right is opened to discussions again since the other two members of the Council, Russia and China, have become the “veto powers”. The situation is quite different for the United States, the last member of the Council and the only super power despite her decline. The US foreign policy in Syria faces its biggest test in recent years. For the US, which gave the impression as if she did not wish to press the issue after the scorch during a vote on the sanctions vetoed at the Security Council, the crisis in Syria raises questions more on the future strategic moves and the international image of the US.

In the aftermath of the crisis that has just turned its second year, the US administration believes that minimum intervention is the best solution and digests this as “learning lessons from the old mistakes”. In particular, from what the former officials wrote, it emerges that there is an executive branch inside refusing any kind of intervention. The administration sometimes tries to explain this attitude by sharing the details of the risks involved, and at other times, seeks shelter in arguments over possible economic cost or public support regarding intervention in different ways. In fact, the US in an earlier announcement stressed that the use of chemical weapons by the Syrian regime was the red line, therefore a reason for a new international intervention. But nowadays, the US gives the impression of stepping back on this particular issue. For this reason, several names close to the administration play on words about the definition of the red lines and those who follow the developments in the US try to understand the issue.

IS IT INCERTITUDE OR A DELIBERATE INACTION?

The US administration is expected to be partially free of concerns about internal politics since the election period is over. So, the statements that the administration still has such domestic concerns are not found satisfactory by anyone. Similarly, the statements about possible risks involved in taking more courageous steps in the Syrian crisis slowly lose their meaning. The current situation in Syria has already gone way beyond the disaster scenarios over which possible consequences of an intervention were debated by the US experts two years ago; and that plays a big role in this.

The Iraq experience shown as the reason for the US inaction in Syria brought a problem in view with such a comparison. In the new world system, the US administration’s preference not to intervene in Syria in order to reclaim her international legitimacy after the Iraq war appears like correcting a mistake by making another mistake.

This changes the course of discussions in the international arena about the US policy in Syria. Recent analyses have focused on the US gains if the Syrian crisis is prolonged rather than on the risks that the US will face. Some claim that the problem is about the US politics in the region in general more than it is about Syria, and that the US overlooks the deepening crisis in Syria in order to cause the other powers supporting Syria to lose legitimacy and ground. Even more so, some claim that the US chose Syria as a victim to make other powers suffer the consequences of her absence and to tame them in the aftermath of a

US-Turkey Relations: Arab Spring And the Search for Model Partnership
Next
Loading...
Loading...
We use cookies to ensure that we give you the best experience on our website. If you continue to use this site we will assume that you are happy with it.Ok