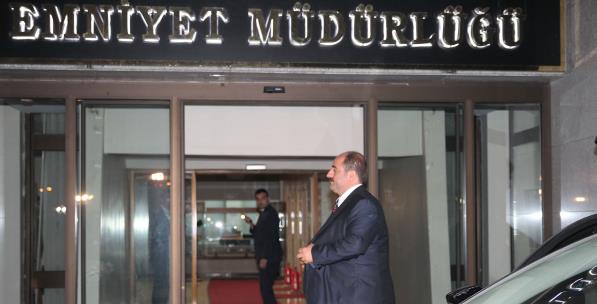 A Police-Judiciary Joint Operation and Politics

Allegations of corruption and the impact of these allegations on the political scene are at the top of the agenda in Turkey. And it seems they will stay there for a while. None of these events comes as a surprise to those who are even a little bit familiar with the history of Turkish elections. Issues that bear no relevance on politics have often dominated the elections discourse in Turkey, particularly in the last decade. The recent allegations of corruption are not all that different.

The courts will evaluate these allegations. As of yet, the bill of indictment has not been presented. Other than the few details of the police-judiciary joint operation leaked to the media, no one really seems to know the content of the corruption charges. Just how the alleged corruption harmed the public is still unclear. One reason for this confusion is the fact that completely unrelated investigations, charges and cases were merged into a single file. It is not really surprising that confusion should emerge out of the conflation of claims regarding Iran, sanctions, oil, gold and development plans.

Merging unrelated people and irrelevant events which happened at different times under a single file and producing charges to go along with the file seems to be an attempt at political engineering by a group constituted by the members of the police force and the judiciary.

On the contrary, this operation -which was intended to manipulate the political agenda by way of terrorizing the public- ended up creating more of a perception of chaos instead of a perception of purging of the political scene. Why is that? How can an operation designed to purge the state from corruption end up causing anxiety and skepticism in the vast majority of people instead of relief and transparency? Analyzing the December 17th investigations from the corridors of the judiciary will only trap politics, truth and what we understand from these concepts into a “guardian perspective”.

It is imperative to understand that these investigations into corruption make up only the smallest part, both in terms of crimes committed and their magnitude, of what’s at stake in Turkey whose fate will be determined in the tripartite elections that will take place within the next 18 months. Allegations of serious crimes such as corruption, when used as a political weapon against politics itself, function merely as silencers and nothing else.

What is really at stake here is the possibility of the political scene being manipulated by a group from the ranks of law enforcement and the judiciary. It is impossible for any incumbent party to remain indifferent in the face of allegations of corruption, because it knows the price of indifference to such allegations will be paid both at the courts and the polls. The bigger threat to politics here is the threat of tutelage revived once again at the hands of the judiciary and the police. Therefore, the real question to ask is: what will Turkey’s fate be against the judiciary-police tutelage regime, if the whole country simply bears witness to a blatant manipulation of its political scene?

The Plan for Dividing Yemen: Hadramout
Previous
Why Has Ikhwan Been Declared A Terror Organization'?
Next
Loading...
Loading...
We use cookies to ensure that we give you the best experience on our website. If you continue to use this site we will assume that you are happy with it.Ok