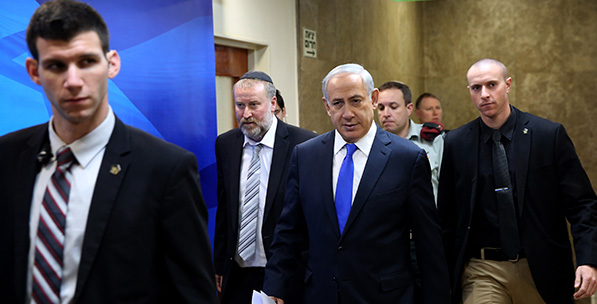 A New Era in Turkish-Israeli Relations?

Civil wars in Syria and Iraq are reshaping the Middle East, followed by issue-based alliances, thinking ahead and working on multiple scenarios.

In recent years, the foreign policy of U.S. President Barack Obama’s administration has been the driving force behind the emerging balance of power in the Middle East. By replacing the superpower’s active involvement in conflict zones with a policy of selective engagement, Obama has effectively reshaped the post-American world. For the most part, he outsourced military operations to regional powers and local players as part of a controlled chaos strategy, which the Republicans and U.S. allies called inconsistent and futile. The Obama administration’s plan, however, was part of a consistent and conscious Syria and Middle East policy.

Turning a blind eye to Russian and Iranian expansionism, Obama thought he could keep Moscow and Tehran on a leash by pushing down oil prices and selectively interfering in the conflict zones. To be clear, his assumptions were misguided, as not only has the Kremlin assumed a more prominent role in regional politics, but Iran and the PYD have also become more visibly expansionist.By allowing Russia to form an alliance with Iran, Iraq, the Syrian regime and the PYD, the Obama administration encouraged Turkey, Israel and Saudi Arabia to launch new initiatives. Both Riyadh’s efforts to form an Islamic coalition against terrorism and the rapprochement efforts between Ankara and Tel Aviv reflect this mood.

Against the backdrop of violent conflicts in Syria and Iraq, the Israeli government has to make a decision to either remain on the sidelines and watch regional powers hurt each other or, assuming that the Syrian conflict ends soon, explore new options. From Israel’s perspective, both the United States and Russia have been effectively strengthening Iran by reaching a nuclear deal and providing support to Iranian operatives and Shiite militias in Syria. Although the Russians kept silent about the Israeli airstrikes targeting Hezbollah to downplay the threat of Iran and its proxies to the country, Tel Aviv cannot possibly be convinced. Israel’s interest in restoring ties with Turkey, as such, has a lot to do with the Iranian threat.

Normalization, however, remains a distant possibility. It is no secret that Israel is unwilling to lift the Gaza blockade as per Turkey’s request. Any improvement in the Gaza Strip short of the blockade’s end in turn will receive an unwelcome response from the Turkish people. Keeping in mind that there are still multiple court cases over the Mavi Marmara raid, it would be too optimistic to expect Ankara and Tel Aviv to reach an agreement immediately. Regional developments, however, compel the two governments to turn over a new leaf despite domestic pressures.

At the end of the day, no country’s foreign policy is completely driven by ideology. Considering the rapid pace of change in the Middle East, this rings particularly true. The most obvious example of foreign policy’s independence from ideology, of course, is Iran’s inability to hide the human cost of the Syrian civil war behind the Iranian Revolution or hostility toward Israel. Turkey’s criticism of Israel, likewise, cannot be ideologically charged. Instead, Ankara and Tel Aviv must strike a healthy balance between common values and shared interests.

President Obama and Syria
Next
Loading...
Loading...
We use cookies to ensure that we give you the best experience on our website. If you continue to use this site we will assume that you are happy with it.Ok