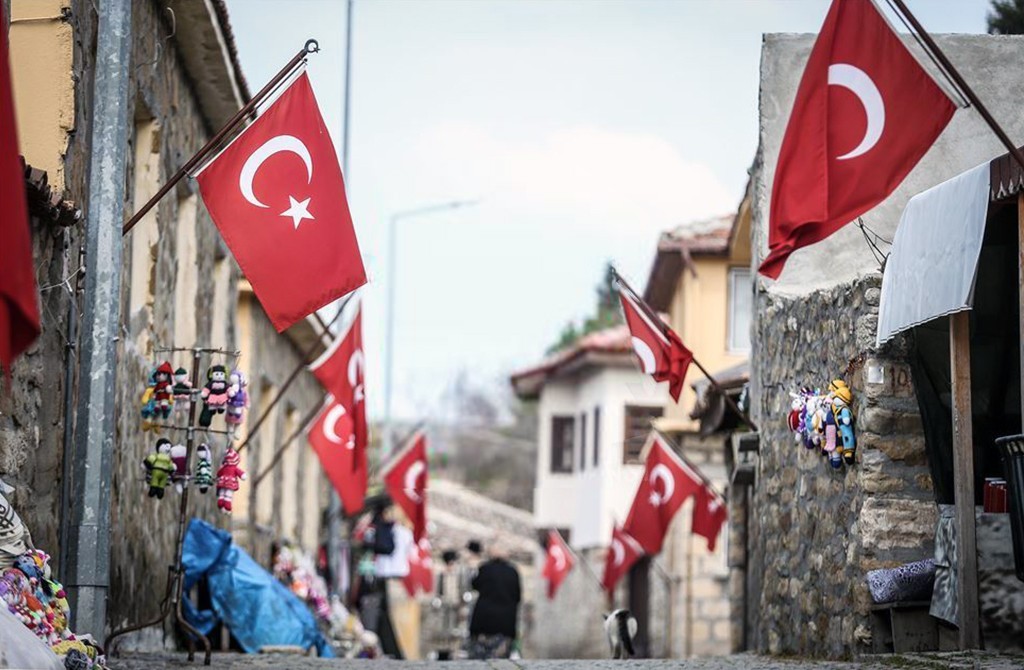 What lies ahead for Turkey’s political alliances

Some words are capable of designating more than what they seem to mean. The word alliance, which has become a cornerstone of Turkish politics in recent months, is one such example. In the wake of the July 2016 resistance and Turkey's transition to a presidential system, the ability to form and maintain alliances emerged as a key skill in the political arena.

Some words are capable of designating more than what they seem to mean. The word alliance, which has become a cornerstone of Turkish politics in recent months, is one such example. In the wake of the July 2016 resistance and Turkey’s transition to a presidential system, the ability to form and maintain alliances emerged as a key skill in the political arena.

By extension, disagreements and differences of opinion over the country’s future direction are increasingly denoted with other words that the respective movements put before that word: The People’s Alliance, the Nation Alliance and the Turkey Alliance immediately come to mind.

The Justice and Development Party (AK Party) and the Nationalist Movement Party (MHP), which jointly formed the People’s Alliance, highlight threats against Turkey’s survival and their commitment to addressing those threats. The alliance is ideologically consistent, and supporters of its two components largely agree on national security, foreign policy and the economy. The AK Party and MHP call for national resistance to attacks against the country, including terror attacks by the PKK and the Gülenist Terror Group (FETÖ). In response to attempted meddling in Turkey’s internal affairs by outsiders, they urge unity.

The Nation Alliance, by contrast, has been more fragmented and reactionary. Although the alliance formally consists of the Republican People’s Party (CHP), the Good Party (İP), and the Felicity Party (SP), it has been cooperating with the Peoples’ Democratic Party (HDP). The Nation Alliance’s core ideological position is its opposition to the People’s Alliance – open or indirect opposition to Turkish President Recep Tayyip Erdoğan.

On the campaign trail, the alliance has been able to hide its ideological contradictions through electioneering. It was thus able to distract attention from the obvious contradictions of Turkish nationalism, embraced by the CHP and İP, and the HDP’s Kurdish nationalism. Nor has much attention been paid to the SP’s Islamist roots and the left-wing secularism of the CHP and HDP.

The March 2019 municipal election, which featured neck-and-neck races in metropolitan districts, proved that two things will become even more important down the road: To preserve the integrity of one’s own alliance and to undermine the opposite camp. Both tasks are quite challenging. Who benefits more from any given alliance and disagreements over what needs to be done to win over additional voters can fuel tensions within each alliance. At the same time, what the components of a given alliance will tell voters is subject to negotiations and effective communication. The MHP’s doubts about the Turkey Alliance, a new concept that the AK Party has developed, attest to this fact.

Although President Erdoğan came up with this new concept to “cool down the hot iron” of electoral politics, some groups interpreted it in ways that unsettled the MHP leadership. Those commentators portrayed the Turkey Alliance as an alternative to the People’s Alliance, suggesting that the latter will collapse and the country will hold early elections soon. In the end, Erdoğan and MHP Chairman Devlet Bahçeli established that the Turkey Alliance was indeed another version of their current partnership. Judging by that episode, it is safe to assume that both alliances will encounter certain challenges over the next four-and-a-half years.

Economic recovery, tensions with the U.S. and the fight against PKK/YPG terrorists can create problems among alliance members in the future. Moreover, both sides will work hard to undermine the opposite camp and compete over which side upholds the nation’s shared values and occupies the political center.

Erdoğan’s references to the Turkey Alliance are part of an attempt to broaden his current alliance’s popular base and to reverse the negative impact of campaign rhetoric. Ideological affinity and ideological contradictions will be the main issues for the People’s Alliance and the Nation Alliance, respectively. That the AK Party faces criticism for “becoming MHP” and CHP is accused of “surrendering to PKK” support this view. If alliances value the broadness of their base, they must find a way to preserve their diversity. It would be unreasonable to expect the AK Party to subscribe to the MHP’s traditional ideology.

The People’s Alliance has passed its first post-election test. Now it’s the opposite camp’s turn.

Violence by French police in the spotlight
Previous