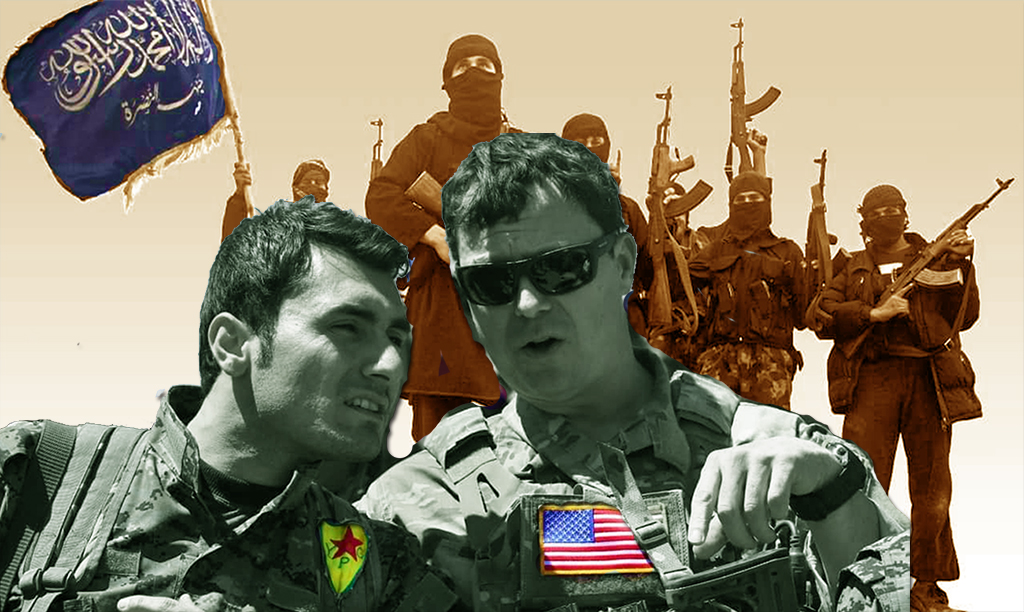 The U.S. is part of the deal

Can Acun, a foreign relations researcher at the Ankara-based Foundation for Political, Economic and Social Research (SETA), called the latest deal between Daesh and the PKK/PYD “no surprise.”

“Previously, in the Manbij [Syria] operation, PYD elements cooperated with Daesh under American surveillance, and hundreds of Daesh members were transferred to Jarabulus in convoys,” Acun said.

“It is impossible that the PYD could make such a deal without the permission of the U.S.”

He said the U.S. was already controlling the region from the air and that they “could have easily eliminated the Daesh elements which were leaving Raqqah.”

Acun underlined the U.S. permission for such a move, saying, “The U.S. is part of the deal.”

Mehmet Akif Okur of Ankara’s Gazi Universty also questioned if it was “a deal only over Raqqah or sets of deals reasonable for the U.S.”

Claiming that some geopolitically important oil fields were seized by groups led by the PKK/PYD in Syria, Okur said the issue goes beyond fighting Daesh.

“On the one hand, you want to fight Daesh till the very end, but on the other, you find it reasonable to make deals with them,” he argued.

Okur said Turkey was waging the most effective fight against Daesh in the field and warned against international efforts to create propaganda against Turkey.