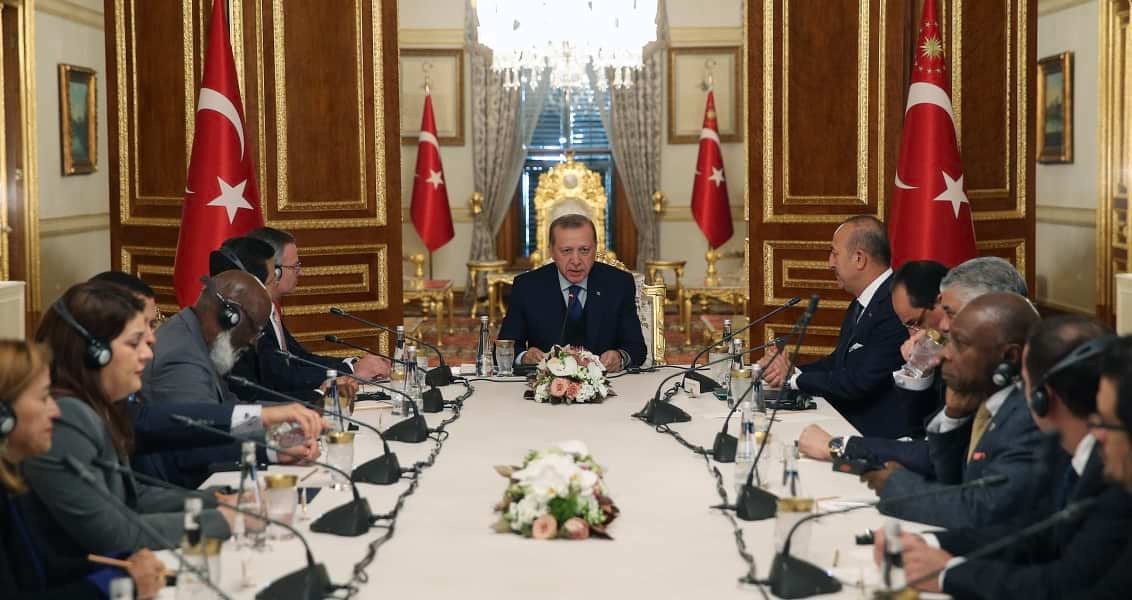 Thanks to the 'yes' result in the constitutional referendum, Turkey is going to negotiate with its foreign allies with renewed confidence in the following days

The April 16 constitutional referendum in Turkey established yet again that foreign policy is closely related to domestic politics. The transition to the presidential system marks a turning point in Turkish history, and not just because it irreversibly transforms the rules of domestic politics. At the same time, constitutional reform at home will translate into a new foreign policy offensive. Over the next month, President Recep Tayyip Erdoğan will travel to India, Russia, China and the United States and attend a NATO summit in Brussels, Belgium.

Having just established that he was influential enough to sell the electorate on a constitutional overhaul, Mr. Erdoğan will negotiate key issues with the world’s leading powers. While focusing on economic relations on his trips to India and China, the Turkish leader will discuss economic normalization and Syria with the Russians. In Washington, his main focus will be to find ways to work with the Trump administration on the PKK, the People’s Protection Units (YPG) and the Gülenist Terror Group (FETÖ). Meanwhile, a number of issues will come up in his meetings with European leaders, including refugees, Turkey’s EU membership bid, the customs union and Europe’s support to the PKK and FETÖ.

Having sided with the “no” campaign ahead of the April 16 referendum, Europeans have been critical of the results. Unlike U.S. President Donald Trump and Russian President Vladimir Putin, European leaders, including Angela Merkel, failed to congratulate the president on his victory. As European newspapers fuel anti-Erdoğanism to shape domestic politics, politicians seem to have lost control over the future of EU-Turkey relations. Meanwhile, the Turkish people remain suspicious of Europe. As the EU’s support for the PKK and FETÖ fuels nationalist fervor, the inclusion of several pro-PKK politicians in the OSCE observer mission raised questions about their impartiality. Over the next few months, President Erdoğan suggested, the Turks could put to a vote to the reinstitution of the death penalty and aborting EU membership talks.

As the European media keeps charging Turkey with dictatorship, their accusations neither satisfy Europeans nor encourage the Turks to reconsider their position on Turkey-EU relations. Ironically, the European Union has so little power over Turkey that even the opposition parties, which desperately want to turn “no” voters into a proper movement, don’t take Europe’s accusations seriously. Moving forward, Ankara and Brussels will have to approach their relationship in rational and geopolitical terms and moderates will need to speak up if the current crisis is to be resolved.

Meanwhile, the president’s upcoming meeting with Mr. Trump, who overruled objections from within his administration to make a congratulatory phone call to Ankara last week, will set the future course in Turkey-U.S. relations. Having told Al Jazeera that Barack Obama had deceived the Turks, Mr. Erdoğan hopes that he can work with Donald Trump.

Seeking to strike a balance between Washington and Moscow in Syria, the Turks could take the initiative in the war against Daesh. However, neither the U.S. nor the Russians are unlikely to make any firm commitments regarding the YPG anytime soon. Under the circumstances, Turkey must be prepared to launch new military operations in Syria to show that it means business.

Having just received the green light from voters on constitutional reform, President Erdoğan will engage his counterparts with renewed confidence. Although the Western media tries to raise questions about the referendum results, their current accusations are nothing but a continuation of the earlier charges of Islamization and dictatorship. If they think that their claims will make Mr. Erdoğan flinch, they are dead wrong.

Turkey’s Quest for a National Missile Defense System
Next
Loading...
Loading...
We use cookies to ensure that we give you the best experience on our website. If you continue to use this site we will assume that you are happy with it.Ok