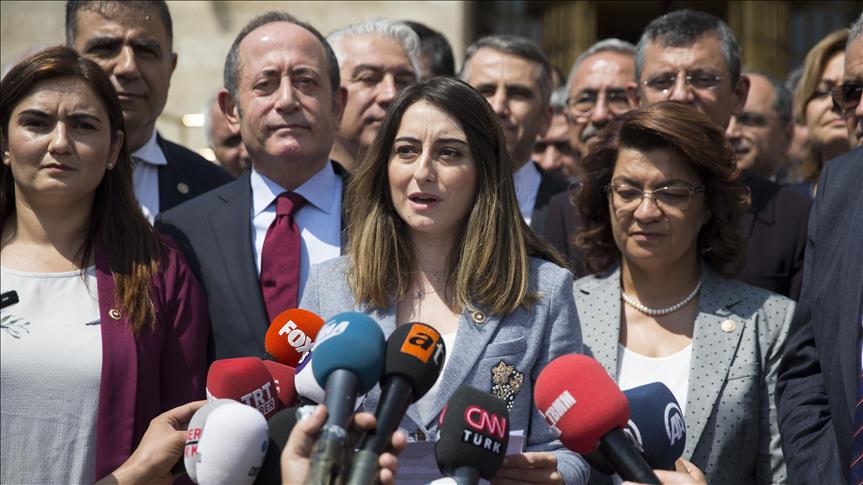 Turkey's opposition parties have no choice but to engage questions about identity, ideology and policy development, and to find ways to genuinely connect with the people

The Republican People’s Party (CHP) and the Good Party (İP) are still trying to recover from the June 24 elections. In recent weeks, the CHP chairman, Kemal Kılıçdaroğlu, has been resisting calls by his opponents for an emergency party congress. Earlier this week, the heads of 59 provincial chapters issued a joint statement reiterating their support for Kılıçdaroğlu and calling for the party to concentrate on the March 2019 municipal elections. Right now, the main opposition party is crippled by a heated debate over who gets to call the shots – provincial heads or congressional delegates. Still, former presidential candidate Muharrem İnce and his supporters continue to challenge the CHP chairman.

At the same time, Meral Akşener, the İP’s chairwoman and presidential candidate, resigned from her post citing the movement’s poor performance in the election. Concerned that the party won’t survive without Akşener, İP supporters have been trying to talk her into reversing her decision. Her departure, they fear, will result in an even worse performance in the upcoming local elections – which would mean that the İP’s share of the vote will split between the Nationalist Movement Party (MHP), the CHP and the Justice and Development Party (AK Party) in five years.

Meanwhile, the Peoples’ Democratic Party (HDP) remains unable to reverse the trend of marginalization, which started when the terrorist organization PKK returned to violence in 2015. Sadly enough, publicity stunts by certain radical parliamentarians will only worsen the helplessness of the party, which finds itself crushed between Turkey’s commitment to the war on terror and the PKK’s daydreams in Syria.

For now, the crisis within those opposition parties does not extend beyond the leadership level. Moreover, it is associated with their poor performance in the June 24 elections. The obvious reason behind this situation was an unsuccessful attempt by Kılıçdaroğlu to unite the opposition behind a single presidential candidate, which was blocked by Akşener, and the subsequent nomination of İnce by the CHP leadership. But the real problem goes much deeper. To be clear, the main opposition party cannot overcome the current crisis through what Kılıçdaroğlu calls “organizational change.”

At this point, Turkey’s opposition parties have no choice but to engage questions about identity, ideology and policy development, and to find ways to genuinely connect with the people. More important, the opposition lacks the ability to understand where Turkey finds itself in the rapidly changing arena of global politics – a problem caused by their long-term absence of political power in the country and an inability to serve a constructive role in the opposition. Nor can opposition leaders accurately analyze the AK Party’s response to those changes. One could add the comprehensive transformation of Turkey’s political system to that mix. To make matters worse, the opposition find itself having to deal with its own problems rather than make up for past losses during this critical period. After all, Turkey’s opposition parties seem unable to monitor the creation of the new political system or to analyze and respond to change.

Obviously, we must not ignore that Turkey’s transition to the presidential system created challenges for all political players. Even the AK Party and the MHP, which facilitated the transition to presidentialism, must be aware that the old ways of politics – the rules made under the parliamentary system – are gone.

The June 24 elections in Turkey represented a beginning and an end. The upcoming local elections, in turn, will be the first popular contest under presidentialism. We have every reason to expect that those structural changes will have critical consequences for all parties. Whether in power or in opposition, any political party that isn’t ready for change could stand to lose everything. The ruling party has the obvious advantage of successfully creating the new system and seizing newly-available opportunities. Hence President Recep Tayyip Erdoğan’s reference to ‘merit’ in key appointments under the new system.

Some of the important institutions created under the presidential system include the various boards, offices and directorates – including the Communications Authority. The newly-established body will be responsible for coordinating Turkey’s domestic and international promotion, public diplomacy, communicating messages about the country’s foreign policy and combating hostile propaganda, as Turkey seeks to overcome the turbulence of the past five years.

The evangelical burden and the destructiveness of threats
Next
Loading...
Loading...
We use cookies to ensure that we give you the best experience on our website. If you continue to use this site we will assume that you are happy with it.Ok