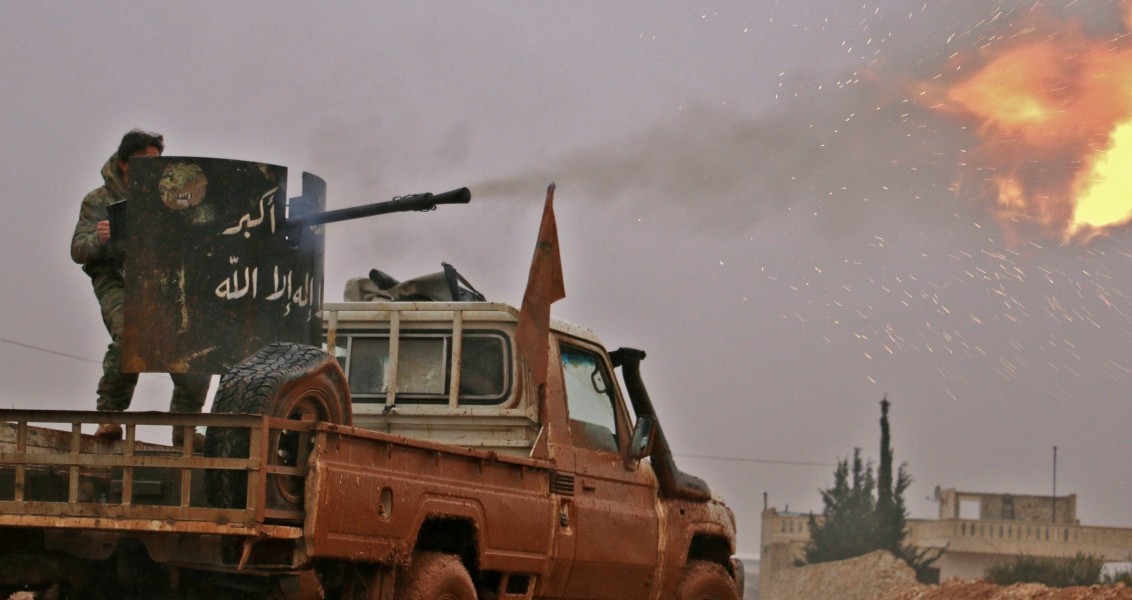 The Turkish-backed Free Syrian Army (FSA) continues to fight Daesh in an effort to liberate al-Bab, one of the group’s major hubs in northern Syria. Having reinforced their positions in al-Bab after the United States postponed the Raqqa operation, Daesh was going to be a tough nut to crack.

Even though the Turkish government’s staunchest opponents argue that our troops have no business being in Syria, most people believe that we need to protect our interests at all costs. Although the terrorists want to use fear to force Turkey to abort Operation Euphrates Shield, public support for the incursion is likely to increase over the next months.

In recent weeks, the country’s political leadership highlighted the strategic value of Euphrates Shield and raised awareness about the new security concept. Furthermore, the successful completion of the military operation has become a pre-condition for Turkey to exert influence on the future of Syria and Iraq alike.

Turkish President Recep Tayyip Erdoğan recently warned that the country was engaged in asymmetrical warfare: “If we just stand still at a time when the region is being restructured, we will end up with another Sevres treaty,” he said in a televised speech. “Frankly, this is Turkey’s second greatest struggle since the War of Independence.” Echoing the same sentiment, Prime Minister Binali Yıldırım described Turkey’s counterterrorism campaign as “a battle for our very future.” Opposition leaders concurred. While Nationalist Movement Party (MHP) leader Devlet Bahçeli reiterated his party’s support for the Euphrates Shield, main opposition leader Kemal Kılıçdaroğlu told the press that “we must endure a certain level of pain, provided that this operation was launched to secure Turkey’s future.” In other words, Euphrates Shield proved to be an integral part of the country’s strategy rather than an ideologically-motivated knee jerk reaction.

The evacuation of eastern Aleppo, coupled with the assassination of Russian Ambassador Andrey Karlov in Ankara and the Moscow talks, paved the way for a countrywide cease-fire in Syria. According to the Russian Ministry of Foreign Affairs, peace talks will be held in Astana, Kazakhstan in mid-January.

First, Turkish diplomats will work toward a political transition in Astana and, if the talks are revived, Geneva. Having found ways to cooperate with the Russians, Turkey now must engage Washington and negotiate the evacuation of Manbij by People’s Protection Units (YPG) militants with the Trump administration. Over the next months, Turks could use the emerging balance of power between Moscow and Washington to their advantage.

Secondly, hard power will maintain its importance on the ground – which means that diplomatic efforts must be backed by military operations. In particular, Turkey has to concentrate on enforcing the safe zone in northern Syria and force the YPG to reconsider their plans.

Once al-Bab is taken from Daesh, the FSA should tighten its control over the liberated areas to protect civilians, who will be resettled to the safe zone, from terrorists and the Assad regime alike. To accomplish this mission, moderate rebels, who have been evacuated from Aleppo, will have to be integrated into the Turkish-backed FSA forces. Needless to say, securing the safe zone will be more difficult than its liberation. To succeed, the Turks ought to sync the safe zone’s creation with the broader rebuilding of war-torn Syria.

Another priority must be to take necessary steps to compel the YPG to give up on their dream of autonomy and federalism. Even though this goal remains difficult to reach, it is important to keep in mind that the PKK’s Syrian franchise will come under pressure from multiple stakeholders once the political transition kicks off.

In conclusion, Turkey will continue its operations in Syria for the foreseeable future. In recent months, a combination of diplomatic initiatives and military strength helped Ankara gain momentum next door. At the same time, public support for the operation means that the Turkish government does not have to worry about lobbying voters.

The US's Grand Strategy in the New Period
Previous