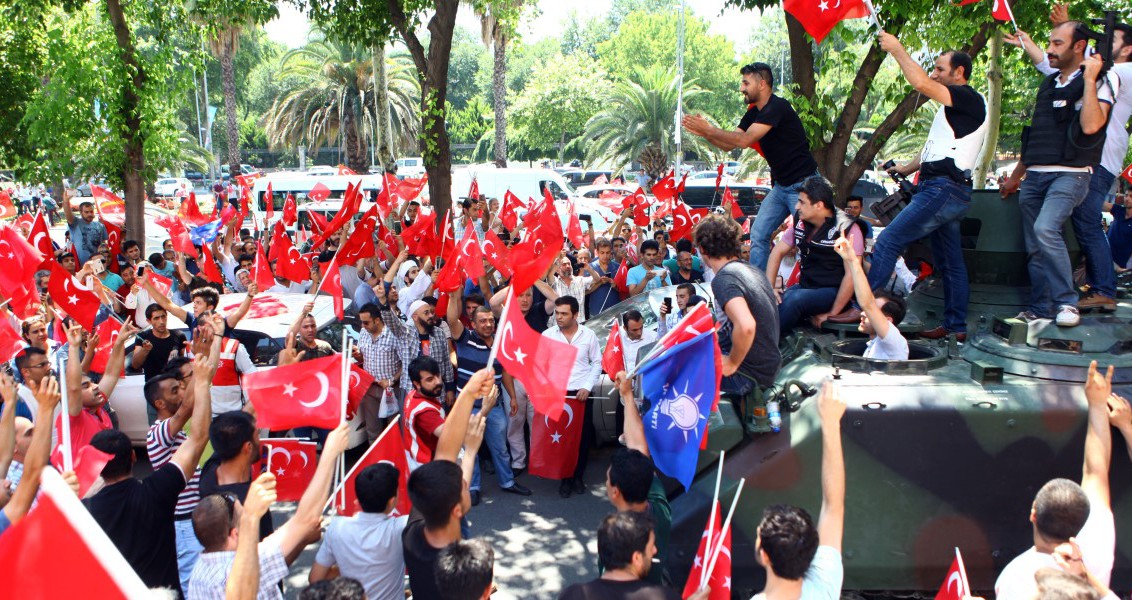 After the failure of the attempted coup, we started to learn about the number of generals and commanders who participated, which further shocked Turkish public opinion.

The only thing that can enable an outsider to understand the extent of the threat that Turkey faced on the night of July 15 is fiction. Yes, fiction, because it was in some sense unimaginable and unthinkable. The movies that I mentioned in my previous piece were about “ordinary” fictional coups that shared some characteristics with this unethical and illegitimate attempt to seize power. However the coup attempt on July 15 transcended that. It had characteristics that we have seen in some other type of movies, which are “more fictional” and in some instances approaching “science fiction.” In 2013, two films reached the box office that portrayed a terrorist attack on the White House. In “Olympus Has Fallen” and “White House Down,” the American presidential seat of power was attacked respectively by North Koreans and mercenaries. The damage and destruction done to the parliament building and the number of casualties resembled the incidents depicted in these two – not very good – action movies. Those who caused this destruction were not from an enemy country or mercenaries, they were putschists from within the military.

As I mentioned in my earlier piece concerning the attempted military coup, what happened on July 15 was an extraordinary incident, even for Turkey, which has experienced several military interventions. It was extraordinary even for a country that has seen more “innovative” techniques in military interventions, such as “postmodern coup” or “e-coup.” The coup makers engaged in multiple different methods throughout the process. There were conventional coup steps, including an attempt to detain the president and to gain the control of the public broadcasting service. The statement broadcasted by the putschists and the phrases and expressions that they used were similar to those used in earlier coups and coup attempts. However, there were things that were extraordinary by the end of the momentum of the coup actors. The national parliament building was bombed for the first time by fighter jets. The presidential palace was attacked and the shooting of civilians by some members of the military was particularly horrendous.

After the failure of the attempted coup, we started to learn about the number of generals and commanders who participated, which further shocked Turkish public opinion. Although many thought that military personnel served to protect the homeland, some of them were actually planning to overthrow the democratically-elected government and were prepared to do whatever was necessary to achieve this goal, even if that meant killing civilians. After these arrests, there are many questions regarding the actions of these coup actors. The extent of the investigation is not clear, but considering that some of the commanders who supported the coup were stationed and commanded in critical regions and were responsible for sensitive matters, it is important to review whether they tried to do something earlier to sabotage the government or neglected their duties, before their support for military interventions. The extent of the use of force by the coup actors demonstrated their animosity towards the government of Turkey and towards democratic institutions and people of the country. This generates concern among the Turkish public regarding their previous missions.

Since the arrest of some generals for their involvement in the coup, there are an increasing number of questions appearing in international media regarding the security of Turkey and the power of its security mechanisms. However these depositions may bring forward a more professional group of soldiers to these posts, whose priority will be to their duties and not to organizing another military coup. It may lead to a more effective fight against terrorism as well as other security threats to Turkey and the international community as a whole. This situation will certainly generate further debates in Turkey in the coming days about the need for significant reform within the security sector and the military.

Turkeys Thwarted Military Coup Attempt and the Media: A New Visual Front for Resistance
Next
Loading...
Loading...
We use cookies to ensure that we give you the best experience on our website. If you continue to use this site we will assume that you are happy with it.Ok