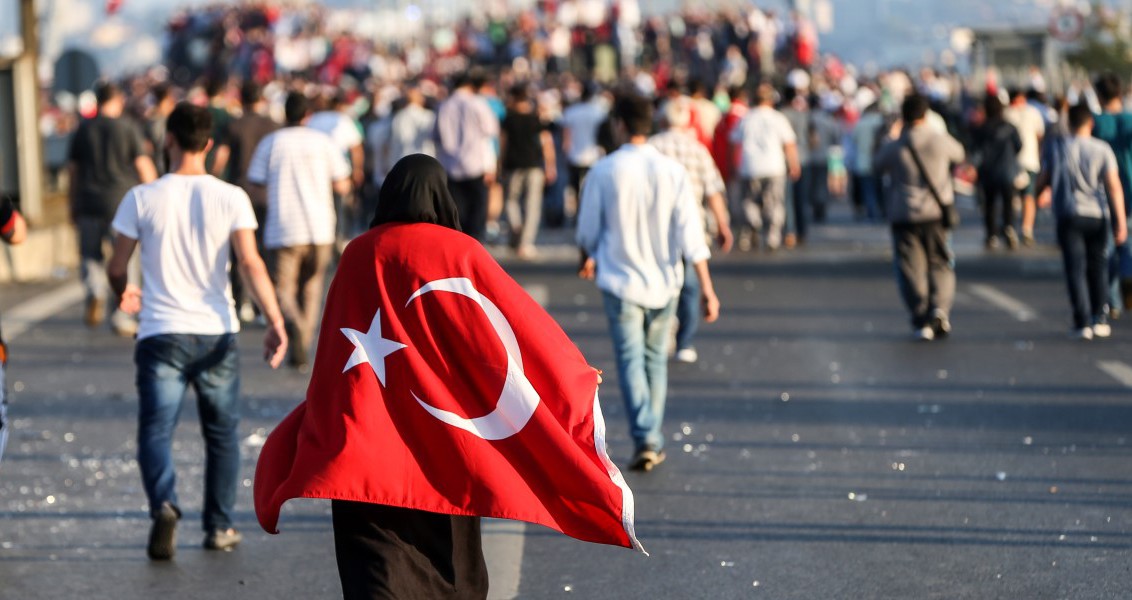 Turkey: A Stable Force in the Region

Turkey was to fall into the hands of the military junta and become one of the unstable countries in the region.

The attempted coup on 15 July was the latest illegal attempt against the legitimate government in Turkey. Last decade the government faced several threats by different groups such as ultra-secular civilians and Kemalist groups in the military.

From 2004 until 2006 high-ranking military generals planned a bloody military coup against Tayyip Erdoğan’s government. The attempt failed because some generals disagreed with the plan itself.

In April 2007, the chief of general staff issued a notice against the elected government. After unsuccessful attempts against democracy by these groups, in 2008, the AKP became the main target. To get rid of Erdoğan they tried to close his party. In March of that year, they requested the party be closed down.

Gulenist Terrorist Organisation (FETÖ) took over the opposition mission against the legal authority after the old-Turkish elites’ failure in 2012. The first dramatic move made by FETÖ members was the attempted arrest of the head of the National Intelligence Organisation (MIT), Hakan Fidan, on 7 February 2012 on charges of violating the constitution.

The second dramatic move made by FETÖ members was the 17-25 December operations against the ministers of the elected government. The incident was recorded in Turkish political history as the “judiciary coup” crisis. After unsuccessful attempts in different ways against the government a fuller and darker picture of the FETÖ emerged such as abuse of power, legal and illegal wiretappings of thousands of people, violations of private lives, jeopardising national security, leaking state documents, arresting people on phony charges, character assassination and so on. There was more: They also used their power in the judiciary, police and media to eliminate their rivals.

WHO IS BEHIND THE COUP?

It is clear that FETÖ attempted to stage a coup against the elected government by mobilising its cells within the Turkish Armed Forces.

FETÖ was founded by preacher Fetullah Gulen. He is accepted by his followers as the Mahdi or Messiah. After the 1980 coup he became more powerful and aimed to influence the Turkish political system. His main messianic ideology’s strategy was to put his followers in major institutions of the bureaucracy such as the military and judiciary. If he controlled the judiciary and military then he could control the political system as well. The coup attempt showed us that FETÖ members kept themselves secret for decades.

FETÖ is a multi-dimensional global terrorist organisation. It has cells in the military and civil bureaucracy, media, business, universities and international arena. Therefore, the Turkey government needs to take stringent measures to fight back against it. The nationwide state of emergency needs to be understood in this context.

What was the objective of the coup?

The main target of the attempted coup was the Republic of Turkey’s legal institutions and the Turkish nation, not the ruling AKP. Last Friday, the Turkish Grand National Assembly (TBMM), police units, the MIT, the presidential complex and governors were attacked. The aim was to assassinate President Erdogan.

Turkey was to fall into the hands of the military junta and become one of the unstable countries in the region.

WHO PREVENTED THE COUP?

The people of Turkey prevented the coup under the leadership of President Erdogan. When tanks rolled into the streets of Ankara and Istanbul, Erdogan and Prime Minister Binali Yildirim called on the people to stand up against the military factions behind the coup. Turks came together and faced the tanks head, refusing to accept a military government.

The resistance of the army officers and police officers played an important role in the operation carried out against those taking part in the coup. In addition, almost all media institutions were against the coup and broadcast the anti-coup statements of politicians and generals all night.

PERIOD AFTER THE ATTEMPTED COUP

After the attempted coup Turkey’s security and the state institutions will be purged completely of FETÖ members. This would be the response of any government which has faced such an attack especially since those who took part in the coup attempt opened fire at civilians and bombed the Turkish Assembly.

The government has emphasised that it will response within its remit by law, and any attempt to do otherwise would damage the AKP party.

They took the necessary steps to return Fethullah Gulen to Turkey. Requesting his extradition from the US, where he is living in self-imposed exile, will play an important role in eradicating threats against Turkey.

Regional balance and the coup attempt

It is not possible to examine the attempted coup independently from the developments in the region.

It can be speculated that the legitimate Turkish government was to be overthrown using the same methods that led Tunisia’s Ennahda movement to retreat, triggered civil war in Libya, and ousted the elected Egyptian President Mohamed Morsi.

If the coup had been successful, instead of being a good example of a democracy in the region, Turkey would become the grave of the dreams of democracy. The people’s demand for democracy would be buried in a pit dug by the putschists and the region would be plunged into darkness where Daesh, the PKK/PYD and Al-Qaeda are the main actors.

In the end, the coup attempt failed and Turkey will continue to be a stable force in the region. The strength of people’s need for legitimacy, freedom and democracy has proven itself once again.

We Are Here To Defend the Country
Previous

July 15 Marks the Birth of a Brand New Period
Next
Loading...
Loading...
We use cookies to ensure that we give you the best experience on our website. If you continue to use this site we will assume that you are happy with it.Ok