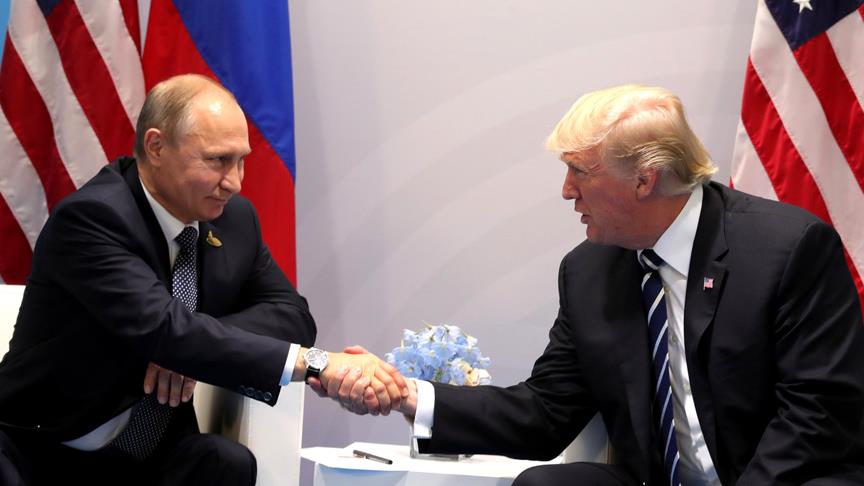 Nowadays it is hard to find a film analogy to describe U.S.-Russia relations. The rivalry of old days and the reset of the recent past are all over.

Nowadays it is hard to find a film analogy to describe U.S.-Russia relations. The rivalry of old days and the reset of the recent past are all over. Many analysts describe the state of relations as the lowest point since the end of the Cold War. However, neither the president of the U.S. nor the president of the Russian Federation seem to agree with that. But the geopolitical realities on the ground and the tension between the two countries say otherwise. The two countries have been particularly at odds on different issues, including the crisis in Ukraine, the annexation of Crimea and the election meddling debates in the U.S. Together with some European countries, the U.S. expelled Russian diplomats after the poisoning of a former Russian agent in London. A Russian-backed offensive in Syria last week in Daraa is a clear violation of de-escalation zones agreement with the U.S. And it is not a secret that Russia felt left out from the negotiations between the U.S. and North Korea and about its nuclear weapons program. The latest National Security Strategy Document of the U.S. also dubbed Russia as one of the two most significant geopolitical rivals, beside China.

In the midst of all of these crises and tensions, the leaders of the two countries are meeting to discuss a wide range of issues. What makes this meeting more interesting for many people is the U.S.’ side of the story.

As mentioned, the meeting is not taking place in a state of stable rivalry or during an ambitious reset period. Instead it is taking place in a period when the question of Russia has become one of the most divisive and controversial subject in the politics of the country.

Since the presidential election of 2016, Russia has become something more complicated than before for the Americans. First of all, Donald Trump, who very deliberately avoided saying anything critical about Vladimir Putin during the campaign season, has become the president of the U.S.

This signaled a major change from the Barack Obama period according to many analysts. The Snowden case, the Ukrainian crisis and the dispute in Syria had estranged the U.S. and Russia from each other during the last years of Obama’s presidency.

Contrary to this atmosphere, President-elect Trump was very insistent on improving relations and cooperating with Russia in regards to key issue areas. This attitude has been considered very controversial due to the significant problems between the two countries. Even within the Trump administration, relations with Russia were interpreted quite differently by different advisers. President Trump openly expressed his distance from some of the members of his team. Soon after, a second issue emerged with the debates about the Russian attempt to interfere with the U.S. elections by using different methods. President Obama in his last days in office expelled some of the Russian diplomats because of these allegations. This issue sparked a serious debate and a major investigation started in U.S. Congress and in the federal agencies in regards to the Russian attempts to influence election results.

This is still an ongoing problem among different agencies in the U.S. On the one hand the committees from the Senate and the House of Representatives took diverging positions about Russia’s meddling. President Trump was reluctant to make a statement about this for a long time.

However the director of national intelligence asserted that “there should be no doubt that Russia perceives its past efforts as successful and views the 2018 U.S. midterm elections as a potential target for Russian influence operations.”

Moreover, days before his meeting with Putin, the Mueller investigation indicted 12 Russians over meddling in the U.S. elections. In the meantime, another investigation started on the relation of some top level Trump officials with the Russian ambassador in Washington, D.C.

Trump’s national security adviser had to resign within the first month of his inauguration due to his conversations with the Russian ambassador. Later the Russian ambassador’s meetings with other Trump officials also came to the agenda in the U.S. In this period there was also an open difference between the president and U.S. Congress in regards to the sanctions against Russia. All of this made Russia a domestic issue besides its foreign and international ramifications.

Today, among all these domestic debates about Russia, President Trump will meet with the Russian president in the midst of an almost unprecedented transatlantic crisis. This is in addition to trade disputes and Trump’s pressure about the EU’s contributions to the NATO budget, another major source of this crisis.

President Trump, before leaving the G7 meetings last month, asserted that Russia should be included in the summit and last week at NATO headquarters he stated that “we’re competitors, not a question of friend or enemy. He’s not my enemy. And hopefully, someday, maybe he [Putin] will be a friend.”

Furthermore Russia’s role in the North Korea negotiations and the Syrian civil war are being watched by U.S. officials. At this critical juncture, it is hard to estimate the potential outcome of the meeting. The unpredictability of leaders together with various geopolitical problems makes it hard to project the nature of the talks. But without doubt it will be one of the most historic.

The foundational role of July 15
Previous

DC panel addresses Turkey's July 15 failed coup
Next
Loading...
Loading...
We use cookies to ensure that we give you the best experience on our website. If you continue to use this site we will assume that you are happy with it.Ok