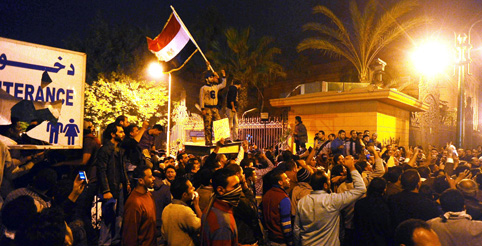 With itspolitical model that successfully blends Islam and democracy, Turkey has been presented by many scholars as a modelcountry in the Middle East. Others, on the other hand, have warned about the danger of exaggerating the analogies being drawn between political experiences of Turkey and Middle Eastern countries.The view that Turkish experience can be a source of inspiration for those countries in the region aspiring for a democratic change is widely circulated. Turkey’s future role in the region has also been discussed on a more concrete and practical level. SETA’s public seminar ‘’The New Middle East and Turkish Foreign Policy’’ brought together Bill Park of Kings College, Mohammed Ayoob of Michigan State University and Taha Ozhan of SETA Foundation to discuss further the implications of Arab spring on Turkish foreign policy. In this context distinguished panellists addressed the following questions: What would be the implications of Arab Spring on the new Middle East? What would be the future role of Turkey in the region? What is the effect of the Arab Spring on Turkey’s ambitious zero problems with neighbours policy?

Turkey's Policy Towards Syria is a Success
Previous
The Arab Spring and Turkey
Next
Loading...
Loading...
We use cookies to ensure that we give you the best experience on our website. If you continue to use this site we will assume that you are happy with it.Ok