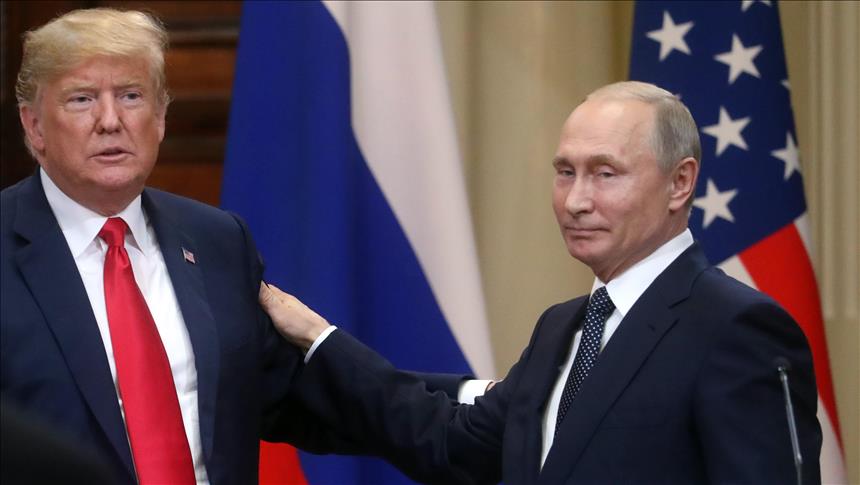 The Helsinki summit’s impact on the Middle East

The Helsinki summit between presidents Trump and Putin reaffirmed that Russia, not the United States, is the top dog in Syria

U.S. President Donald Trump has been under fire for meeting with his Russian counterpart, Vladimir Putin, in Helsinki, Finland. In recent days, critics have accused him of anything from being influenced by the Russian president to outright treason. Obviously, Trump’s claim that Russia did not meddle in the 2016 U.S. presidential election sent shock waves through Washington. His remarks infuriated not just the U.S. intelligence community but also politicians on both sides of the aisle along with the media. “No prior president has ever abased himself more abjectly before a tyrant,” Senator John McCain said. In the end, the U.S. president was forced to backtrack on his comments and make a statement acknowledging Russian meddling in the election.

The U.S. public’s harsh reaction to the Helsinki summit limits the possibility of a fresh start with Russia – a key priority for the Trump administration. Again, European leaders are unsettled by Trump’s view that the European Union is a “foe” whereas Moscow is a “competitor.” In the wake of the controversial meeting in Finland, the crack within the Atlantic alliance has clearly deepened. Completely disinterested in that issue, President Trump appears to curry favor with the Russians before launching a trade war against China and the European Union.

Needless to say, the Trump administration’s push for rapprochement with Moscow fuels concerns that it renders Washington’s Russia policy extremely complicated and ultimately ineffective. According to Michael McFaul, who served as U.S. Ambassador to Moscow in 2012-2014, the Helsinki summit revealed that Washington did not have a coherent grand strategy for deal with Russia. It is noteworthy, however, that President Trump did not make any concrete concessions to the Russians: He continues to impose economic sanctions on Putin’s country and refuses to acknowledge the Russian annexation of Crimea.

But the million-dollar question is how the Helsinki summit will impact the Middle East.

Presidents Trump and Putin clearly see eye to eye on two issues: Keeping Israel safe and working together in Syria. The two leaders agreed on the need to manage the situation in Southern Syria in a way that guarantees Israel’s security – especially around the Golan Heights. Obviously, the agreement will further fuel Israeli ambitions in the region, as it reflects earlier talks between Israeli Prime Minister Benjamin Netanyahu and the presidents of Russia and the United States. Moreover, Trump has openly sided with Israel on Jerusalem and is expected to come up with the “deal of the century” to mount additional pressure on the Palestinian people.

All of those developments make Tel Aviv more audacious: Israel continues to demolish houses in Khan al-Ahmar, a Palestinian village located in Eastern Jerusalem. Their goal is to force the Palestinians out of the area between Eastern Jerusalem and the Dead Sea in order to unite Jewish settlements. Meanwhile, the Israeli Parliament yesterday passed the Jewish Nation State Law, which identifies Jerusalem as the capital of Israel and makes Hebrew the country’s official language. Arabic, which used to be an official language, has thus been demoted to a “special status language.” Again, Jewish religious laws will serve as a reference to the Israeli Constitution and, more significantly, building new settlements will be considered a “national interest.”

Simply put, Israel wants to completely destroy the possibility of a two-state solution.

The Helsinki summit reaffirmed that Russia, not the United States, was the top dog in Syria. But the two leaders are not believed to have engaged in a grand bargain on Syria as originally expected. Although President Putin has been hinting at the need to contain Iran to reassure the Israelis, he isn’t interested in pushing the Iranians out of Syria altogether. Needless to say, eliminating the presence of Iranian-backed Shia militias from the country would push Moscow’s limits. Iran, in turn, engages in diplomatic talks with Moscow in an attempt to stay in the game. It was noteworthy that Ali Akbar Velayati was received by the Russian president ahead of the Helsinki summit.

If the United States and Russia want to work together more closely in Syria, it is crucial for Turkey, which proved capable of cooperating with both countries, to be involved. Two key issues, the future of Idlib and the People’s Protection Units (YPG) militants to the east of the Euphrates River, will be resolved in the coming months.

Report: The Gülenist Terror Organization (FETÖ) in the United Kingdom
Next
Loading...
Loading...
We use cookies to ensure that we give you the best experience on our website. If you continue to use this site we will assume that you are happy with it.Ok