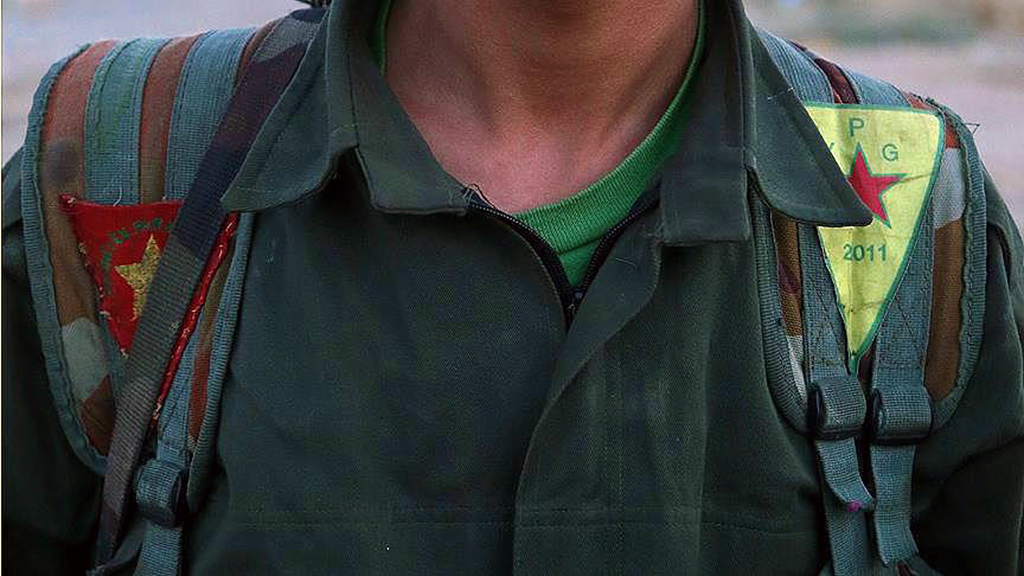 Operation Olive Branch expedited a process that will determine the future of the People's Protection Units (YPG), the PKK terrorist organization's Syrian branch.

Operation Olive Branch expedited a process that will determine the future of the People’s Protection Units (YPG), the PKK terrorist organization’s Syrian branch.During the anti-Daesh campaign, the group was able to cooperate simultaneously with the United States, Russia, Iran and the Bashar Assad regime, all of which have contradictory goals. Since the Syrian civil war began, YPG militants worked with the regime in places like Qamishli and Hasakah. At the same time, they collaborated with U.S. forces in Raqqa. Enjoying Russian protection in Afrin, the YPG hoped to form the backbone of a 30,000-strong border security force in Manbij and elsewhere east of the Euphrates with U.S. support. In recent years, the YPG facilitated the Assad regime’s crackdown on moderate opposition and served as a proxy for the U.S. in its fight against Daesh.

Thanks to its ability to work with all sides, the militants came to control a quarter of Syria and held onto the oil and gas fields in Deir ez-Zor. Their ultimate goal was to participate in the Russian-backed Astana talks and the U.S.-sponsored Geneva talks as a legitimate actor, which they hoped would pave the way to autonomy and eventually an independent state.Operation Olive Branch marked the end of the YPG’s winning streak. First, Turkey built on its cooperation with Russia to establish a de-escalation zone in Idlib to target YPG militants in Afrin. Then came the military incursion, which has resulted in the deaths of more than 1,800 terrorists.

The imminent capture of Jindires and Rajo by Olive Branch forces will facilitate future advances by the Turkish Armed Forces (TSK) and the Free Syrian Army (FSA) toward the heart of Afrin. YPG militants recently survived a regime offensive in Deir ez-Zor thanks to U.S. warplanes. Russia and Iran have been more vocal about the threat posed by the United States and the YPG to Syria’s territorial integrity.Meanwhile, three senior members of U.S. President Donald Trump’s administration went out of their way to show Ankara that they wanted to stay friends after seeing that Turkey meant business regarding Manbij. It remains to be seen what exactly Washington will offer Ankara over the coming weeks.But the game changer here was Ankara’s decision to identify the fight against the YPG as its top foreign policy objective.

No matter how long it takes, it is determined to remove YPG militants from Manbij and subsequently from the rest of northern Syria.In response, YPG militants have been looking for ways to save their cantons from Turkey. They are currently trying to cooperate with both Russia and the Assad regime, and the United States as last-ditch effort. To be clear, they are unlikely to succeed in their ongoing efforts because the YPG entered a downward spiral with the Turkish decision to resort to hard power in northern Syria. In light of the most recent developments, it has become impossible for any party to promise anything to the YPG without Turkey’s approval.

The recent speculation about the YPG calling regime forces to Afrin was a case in point. On Monday, Syrian state media reported that Assad’s troops were about to enter the YPG-controlled city. Needless to say, that action would spell the death of the Turkish-Russian agreement, which would place the Russian strategy at risk, including the Astana talks.Moreover, it is quite clear that efforts by the Assad regime to protect YPG militants in Afrin would not prevent Turkey from targeting the area. Foreign Minister Mevlüt Çavuşoğlu said on Monday that Turkey would not take issue with regime forces entering Afrin to eliminate YPG militants.

“If they go there to protect the PKK, no one can stop Turkish troops,” he added. Again, Turkish media reported that President Recep Tayyip Erdoğan had spoken with Russian counterpart Vladimir Putin, to convey the same message.Short on ground forces, the Assad regime would only encourage the FSA to step up its campaign by providing shelter to the YPG. Likewise, the relocation of additional PKK and YPG militants to Afrin with the regime’s blessing would only add to the number of terrorists Turkey to be killed.

The Turkish-backed FSA’s advance toward Afrin will not stop unless Russia closes the airspace, which would violate the Turkish-Russian agreement. The future holds nothing for the YPG but a series of losses. The number of moves they have left will not affect the end result.

Geo-economics of energy in the Eastern Mediterranean
Next
Loading...
Loading...
We use cookies to ensure that we give you the best experience on our website. If you continue to use this site we will assume that you are happy with it.Ok