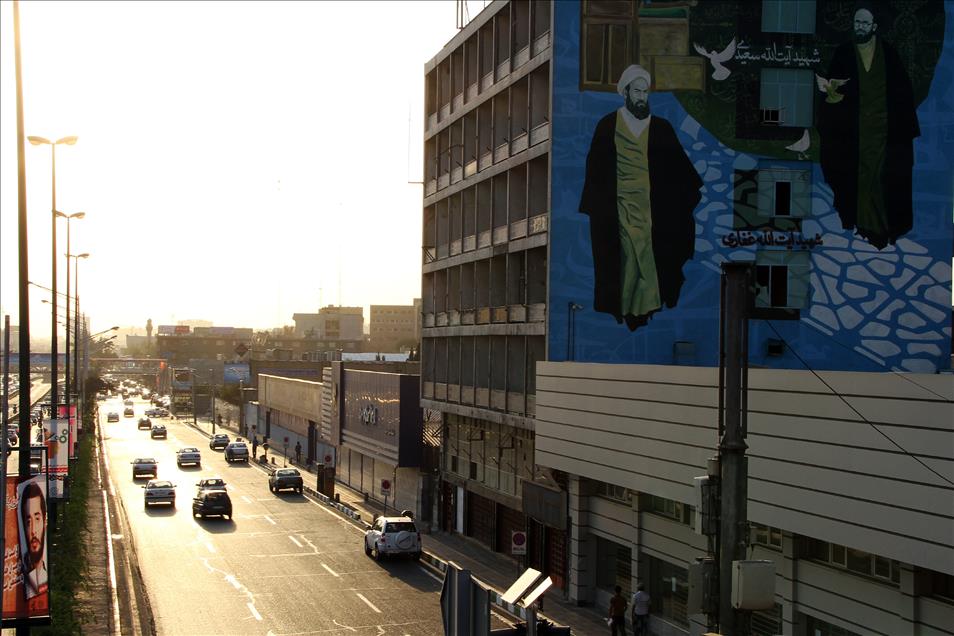 Tehran still under threat as its regional policy remains same

Iran has been facing challenges and tribulations over the last two years. The latest wave of protests erupted at the end of last year in Mashad, the most conservative region and home of the staunchest supporters of the Iranian regime. Later, as U.S. President Donald Trump withdrew from the nuclear deal signed in 2015, protests intensified and spread to other cities. However, the last wave of protests is directed not only at the government of Iranian leader Hasan Rouhani but also at the regime itself. Compared with the previous protests, the last wave was Tehran-centered, and the legitimacy of the Iranian regime has begun to be questioned over the last several months. In this short piece, I will try to analyze some internal and external factors behind these protests.

There are many reasons for Iranians to protest the government since the people have been suffering from economic and social hardships. Different segments of the Iranian nation began protesting the regime, even its moderate and the reformist wing, for causing problems. Even the symbol of the Iranian business world, the Grand Bazaar of Tehran, was shut down as a reaction to the rising prices and falling value of Iranian currency. Protesters condemned Iranian intervention in the affairs of other regional states and even called for the country’s supreme leader, Ayatollah Ali Khamenei, to step down.

It has become increasingly difficult to calm angry crowds with anti-Israeli or anti-American slogans. Protesters burned photos with the symbol of the revolution and late Supreme Leader Ayatollah Khomeini instead of foreign and Western politicians. It seems that the domestic and foreign propaganda activities of the Iranian regime have begun to lose their influence.

On the other hand, there are several external factors consisting of two different sets that have deepened the economic, social and political stalemate. The first is related to recent regional developments. While the Iranian regime has been mobilizing all of its resources to penetrate Iraq, Yemen, Syria and Lebanon, it has suddenly faced too many regional and global challenges, risking losing everything. Iran began to lose leverage in the so-called “Shiite crescent.” Iranians started to oppose their country’s economic and political investments in other states, as they do not want their government to help Shiite minorities in other regional countries or finance civil wars in Yemen, Iraq or Syria.

Among others, the Iraqi case is the best example of Iranian regional deterioration. Several years ago, when pro-Iranian Shiite militias dominated Iraq, some Iranian leaders fearlessly claimed that “Baghdad is also one of our capital cities.” Crowds in Iraq chanted that they do not want Iran in Iraq. Recent demonstrations have targeted the Iraqi government, pro-Iranian Shiite groups and the Iranian regime. Protesters clashed with Hashd al-Shaabi groups in Shiite strongholds of Iraq, such as Basra, Najaf and Maysan. The main factors that triggered social unrest in Iraq are poverty, corruption and poor government, and Iranian interference. With the removal of the Daesh threat, Iran has lost the basis for its legitimate existence in the country. In the city of Najaf, protesters who attacked the Islamic Dawa Party branch chanted slogans claiming that the party is an Iranian agent and that its members are Safavids. Iraqi people burned posters of Khomeini and asked Iran to end the invasion of their country. In response, Iran cut off the waters of the rivers and electricity.

The second set of factors emanates from other regional states and global powers. At the regional level, the Israeli state is the strongest anti-Iranian actor. Israeli Prime Minister Benjamin Netanyahu and his government have been trying to mobilize anti-Iranian actors against Tehran to demolish the Iranian regime. At the global level, it is the Trump administration who alienates Iran and tries to punish it. The Trump administration put pressure on all regional and global actors to cut or at least to minimize their relations with Iran. Most European countries and others around the world, including China and India, began to decrease their relations with Iran as a result of Trump’s deterrent policy.

As a result, Iran is struggling, and it will be very difficult for the Iranian government to avoid domestic crises and external threats. Iran’s expansionist regional policy is not sustainable. From now on, the Iranian government will try to protect its regional gains and will remain on the defensive. It will be very difficult for Tehran to fight multiple fronts with powerful actors such as the U.S. and Israel. Furthermore, supporters of Iran may exploit Iranian hardships at the negotiation table. Therefore, Iran has to think seriously about restructuring its regional and global policies. The time has come for Iran to redefine its regionals interests.

The Helsinki summit's impact on the Middle East
Next
Loading...
Loading...
We use cookies to ensure that we give you the best experience on our website. If you continue to use this site we will assume that you are happy with it.Ok