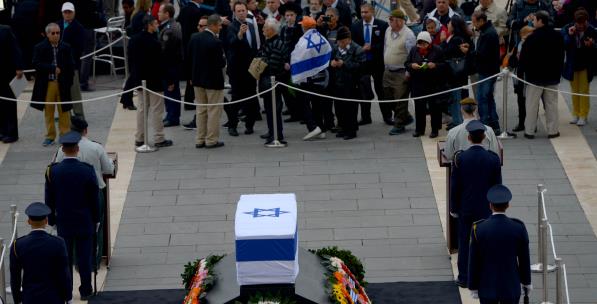 Sharon May Be Dead, But His Apartheid Legacy Taints Us All

We must realise that Sharon is only one face - albeit all-encompassing of the same persistent calamity: Israeli apartheid and colonisation.

The shadow of the ex-Israeli Prime Minister Ariel Sharon, who has died aged 85, has always had a peculiar place in my life. He was in part the trigger of my interest in the Palestine-Israel conflict.

I recall sitting in the living room in Montreal on an autumnal September day watching the news with my family as the camera zoomed-in on an elderly, black-suited man with sunglasses. Striding across the courtyard of Al-Aqsa Mosque, he was shepherding a large group of armed men.

“What is he doing,” I asked my dad. “Who is he?” “That’s Sharon,” he replied. “Apparently, he wants to take a walk on Temple Mount.” He said the last bit begrudgingly. “But why all those soldiers?” I enquired, through a confused 11-year-old’s eyes. “Because that is Sharon, and he wants a war,” replied my father in a tone that suggested that the questions should stop there.

I found out later that reports had confirmed that the 11th prime minister of Israel was, in fact, accompanied by more than 1,000 Israeli troops and paramilitary police for a promenade on what Jews calls the Temple Mount and which Muslims call the Noble Sanctuary of Al-Aqsa, home to Al-Aqsa Mosque and the Dome of the Rock Mosque.

What began as an altercation between Palestinians and Israeli security forces in Al-Aqsa’s grounds escalated quickly into the Second Intifada (uprising) that saw, a couple of days later, the murder of 12-year-old Mohamad Al-Durah as his father tried to shelter him from the Israeli soldiers determined to kill the boy. Al-Durah, who died in the arms of his father, became the emblem of the Second Intifada. From 2000 to 2005, it was a bloody debut to the new millennium in the Occupied Palestinian Territories. The death toll was estimated at 3,000 Palestinians and 1,000 Israelis; all the while, Sharon insisted that all he had wanted was a peaceful stroll on the Temple Mount.

That was my introduction to Sharon; surely, though, there was more to this man.

When politicians die oceans of words usually pour out in memoriam, describing the person as a saint or a sinner. When Nelson Mandela died in December 2013, few dared to utter anything negative about him; a notable exception was Canadian Prime Minister Stephen Harper. On the other hand, when Serbia’s Slobodan Milosevic died in his prison cell in The Hague, not many people shed a tear or had much nice to say about him. There are those who died in such confusing and ambiguous circumstances that no one wants to be the first to comment before the autopsy tests are over (and even then there was doubt), as was the case with the late President Yasser Arafat. Sharon is an interesting case because, due to a number of false alarms, commentators were debating how best to remember him once he’d gone.

However, such binaries are counterproductive. For one thing, they tend to depoliticise and de-contextualise the legacy of these public figures: “Mandela was a nice person”; “Saddam was a bad person”; “Arafat betrayed Palestine”. Generic lines such as these fail to provide substantive information to help us understand how and why these personalities mattered and what should be retained from their trajectory to move forward into progressive politics. Second, there is no need to dive into binaries when history provides us with a bookshelf on the life of the late Prime Minister of Israel.

THE GENERAL AND THE STATESMAN

Before entering politics, Sharon was regarded as a high-calibre military man. He built a reputation as one of the most experienced and shrewd generals Israel had known. He went by the nicknames “King of Israel” and “Lion of God” (which is in fact, the literal translation of his name). Some of his accomplishments include his role as the mastermind behind numerous operations in which many Palestinian civilians were killed. For example, during the 1982 Israeli invasion of Lebanon, the massacre in the Sabra and Shatila refugee camps showcased how sharp and effective Sharon had become in the execution of Palestinians.

Tutelage and the Judiciary
Previous

Neo-Tutelage, Intelligence and the Political
Next
Loading...
Loading...
We use cookies to ensure that we give you the best experience on our website. If you continue to use this site we will assume that you are happy with it.Ok