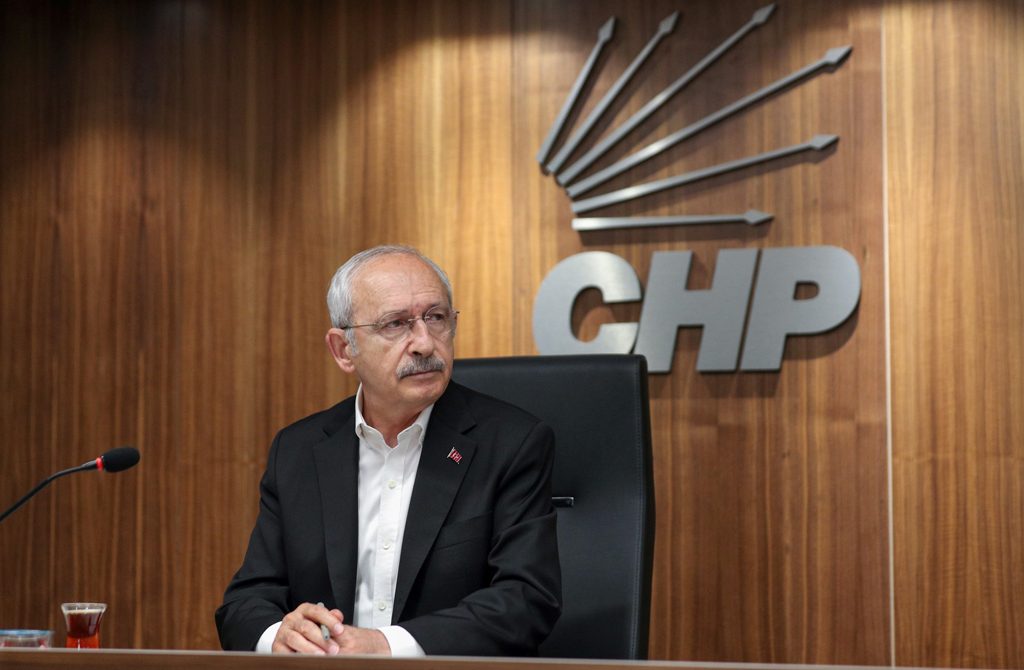 Is this the Turkish opposition’s new foreign policy approach?

The Turkish opposition, particularly the main opposition, has outlined its strange, controversial foreign policy strategy. When it comes to Syria and refugees, it's even worse

The Turkish government’s active, yet balanced, diplomacy during the Ukraine war, coupled with the results of its normalization policy has undermined the opposition’s critiques. Specifically, Turkey’s opposition leaders can no longer accuse the government of being “on bad terms with everyone except Azerbaijan and Qatar.” Instead, they complain that it is “an unprincipled act” to start new chapters with countries with which Turkey has experienced tensions in the recent years – which does not really influence public opinion. Indeed, President Recep Tayyip Erdoğan has no problem communicating his administration’s normalization policy to the Turkish people.

Unhappy with the strong performance, the main opposition Republican People’s Party (CHP) came to terms with its inability to corner the government by using foreign policy and turned to a new discourse. In a recent address to his party’s parliamentarians, CHP Chairperson Kemal Kılıçdaroğlu criticized the government policy on Syria and refugees, unveiling his party’s new foreign policy rhetoric. He held the European Union and Erdoğan responsible, accusing the latter of serving the interests of “the imperial powers” in the Middle East.

To be perfectly honest, I am surprised that Kılıçdaroğlu’s speechwriters or foreign policy team actually thought that leveling such accusations against the Turkish president could have any impact whatsoever. They cannot be unaware of the Western media’s attacks against Erdoğan, who has endured serious tensions with the United States and the EU since 2016 to defend Turkish interests. Nor could they possibly have forgotten that they themselves criticized the government for “picking fights with the West” and “undermining the relationship” to cause a so-called axis shift.

Let us assume that those folks are somehow unaware of all those things. Do the Turkish people not know how Erdoğan’s ambitious foreign policy regarding Syria, Libya, the Eastern Mediterranean and Karabakh has unsettled the U.S. and the EU? Or do Kılıçdaroğlu’s advisers actually believe that these references to “anti-imperialism” could inject some leftist identity into the CHP? Or do they hope to generate an anti-EU and anti-U.S. discourse by tapping into the refugee question?

I would like to think that the answer to none of those questions is actually affirmative. If anything, all of this boils down to the CHP’s inability to develop an effective foreign policy language.

For the record, it is a positive development, not a problem, that the opposition is making certain changes to its attitude and discourse. For example, the CHP and the Good Party (IP) had been pledging since 2018 to kick out all Syrian asylum-seekers right away. Nowadays, the main opposition leader says that he will repatriate the refugees within two years, highlighting his opposition to racist language. There is no knowing whether the former diplomats, who are among the members of Kılıçdaroğlu’s party, have contributed to their chairperson’s “enlightenment.”

Nonetheless, certain parts of Kılıçdaroğlu’s address to CHP’s parliamentary caucus – specifically, his critique of Turkey’s Syria policy and the readmission agreement with the EU – caught my attention. In that section, he said that “millions (of asylum seekers) have arrived, whereas we originally anticipated hundreds of thousands” and complained that “the U.S. withdrew its support after a while, lending support to others instead of Turkey.”

Here’s my recommendation to the main opposition leader:

The people who personally witnessed the development of Turkey’s Syria policy and its accomplishments and shortcomings – including talks with Bashar Assad’s regime and the readmission agreement – happen to be seated around the opposition’s “table for six.”

Future Party (GP) Chairperson Ahmet Davutoğlu and Democracy and Progress Party (DEVA) Chairperson Ali Babacan – who like to claim nowadays that they had many disagreements with Erdoğan whilst they were part of the ruling Justice and Development Party (AK Party) – could talk to Kılıçdaroğlu in great detail about Syria, Turkey’s relations with the U.S. and the EU, and the refugee question. By taking that step, the main opposition leader could learn more about “hundreds of thousands” of refugees the U.S. opted to collaborate with in Syria – members of the PKK terrorist group’s local offshoot, the YPG. As a matter of fact, Davutoğlu and Babacan could tell Kılıçdaroğlu all about the tensions Turkey experienced with the U.S. and Russia when trying to destroy the PKK/YPG corridor in northern Syria. They could tell him, too, that the CHP made a mistake by voting against deploying troops to Iraq and Syria. Or, perhaps, he won’t hear any of that, since Davutoğlu and Babacan would rather criticize Erdoğan “with great consistency” rather than talk about Syria and the asylum-seekers.

Interpreting Turkey's decision on Finland and Sweden
Next
Loading...
Loading...
We use cookies to ensure that we give you the best experience on our website. If you continue to use this site we will assume that you are happy with it.Ok