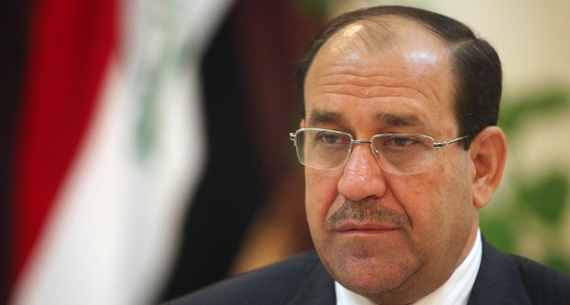 Iraq, Syria and the Baathist spirit

The al-Maliki government, particularly in the past year, has employed the most ordinary Baathist strategies.

The sentencing to death of Iraqi Vice President Tariq al-Hashemi sends a clear signal to the region from the Nouri al-Maliki government. That this sentence is politically motivated is easy to infer from the content of the accusations directed at al-Hashemi. Discussing the legal dimensions of this decision is meaningless.

When Iraqi Prime Minister Maliki came to power once again, following months of negotiations to form a Cabinet after the 2010 elections, he became the prime minister, the minister of the interior and the minister of security all at once, not because he headed the incumbent party, but because he used the political balances of the time well.

The Al-Iraqiya List, which included representatives of diverse ethnicities, sects and religious and political tendencies had not only made the impossible possible by winning the elections but also had shown both the Iraqis and the peoples of the region that ethnic and sectarian political maps could prove to be meaningless.

Unfortunately, the Al-Iraqiya was not able to transfer its inherent richness of political diversity to its incumbency. In the end, Iraq is faced with a politics whose bounds are determined not by the incumbents but by the sectarian political map shaped by U.S support, Iran’s wishes and al-Maliki’s provocative attitude. At the root of most problems in Iraq today lies this ethnic and sectarian political map, applied in the aftermath of the elections.

Today we are at a point where the Baathist spirit is flowing freely. The al-Maliki government, particularly in the past year, has employed the most ordinary Baathist strategies. The proclivities of the current regime to spread the use of pressure and violence are becoming more apparent. The human rights organizations voice their dismay about the scarcity of information relating to the identities and alleged crimes of those executed by the al-Maliki government. Iraq’s Ministry of Justice has announced that in the first eight months of 2012, 96 people were executed and that an additional 196 people will be executed before the year ends. Many Iraqis claim that the numbers are actually much higher than those given in the official statements.

Calling al-Maliki’s totalitarian regime sectarian names would be just as wrong as al-Maliki’s governing strategies. In fact, the Sunni Arabs, the Shiites, Kurds and Turkmens are all equally voicing their discontent with the al-Maliki government. The al-Maliki forces come close to violently attacking Tariq al-Hashemi one day, and turn from the edge of a violent clash with the Sadr groups the next day. We can infer only one thing from all this: that the Baathist spirit is once again flowing freely within the al-Maliki regime.

The other tragic side to this story is Iran’s role in this crisis in our region. Iran had an effective role in what is taking place both in Iraq and in Syria. How tragic it is that Iran, which fought the longest war of the 20th century with the Iraqi Baath regime, is now serving the political reincarnation of that same regime in Iraq while standing behind the Baathist regime in Syria with no hesitation. It is ironic that it is supporting a regime that practices Baathism in Iraq with the U.S.’s sanction, while supporting a Baathist regime in Syria with Russia’s support. It is reason enough for additional concern in our region that the Iranian geopolitical strategies are only producing more Baathism in the 21st century. This could prevent any intervention in Syria or Iraq from actually establishing order.

Had Turkey Supported the Baathists
Previous

Arab Spring the Motion Picture?
Next
Loading...
Loading...
We use cookies to ensure that we give you the best experience on our website. If you continue to use this site we will assume that you are happy with it.Ok