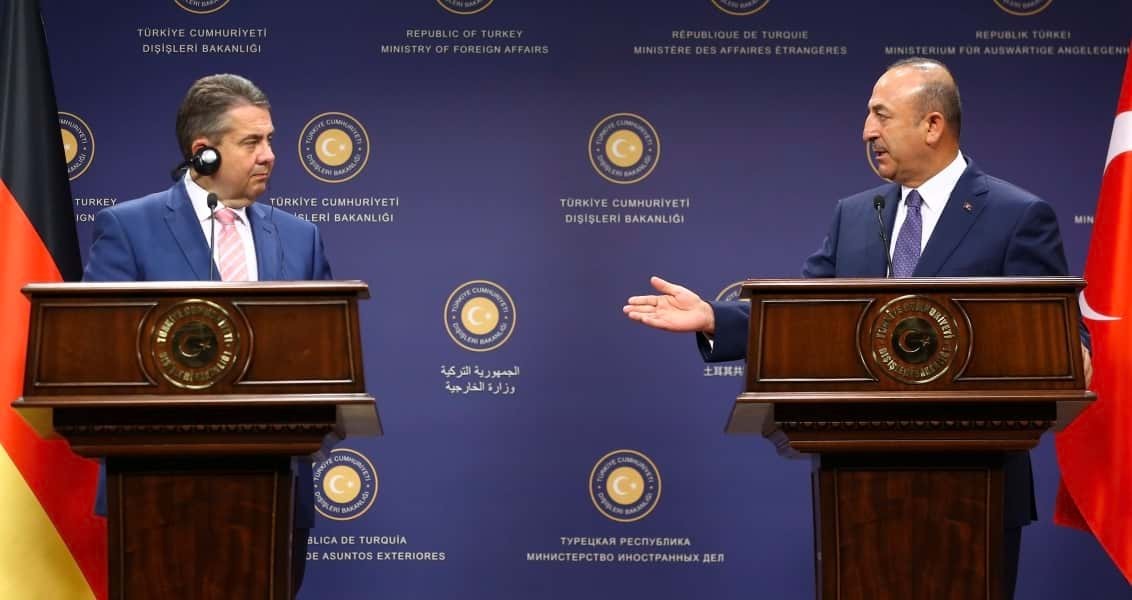 Germany Is Playing With Fire

Targeting Erdoğan and Turks may now seem to help German politicians in the upcoming elections, but escalating the current tension will irreparably harm Berlin's already troubled relations with Ankara

The recent arrests in Turkey of a German national along with several members of Amnesty International took longstanding tensions between Turkey and Germany to a new level. On Thursday, German Foreign Minister Sigmar Gabriel announced that his government has had enough and threatened to “give new direction” to Berlin’s policy on Turkey. Holding a press conference after consultations with prospective chancellors from the ruling Christian Democratic Union (CDU) and the main opposition Social Democratic Party (SPD), Gabriel said Berlin was looking to inflict “economic punishment” on Turkey. At the same time, Germany updated its travel advisory regarding Turkey and pledged to push for the reconsideration of export credits and EU financial aid to Ankara.

The German government also took a number of covert steps, including the suspension of joint defense projects and efforts to postpone the renegotiation of the customs union agreement. Ahead of Germany’s September 2017 elections, Berlin’s actions can be seen as a response to a question asked by people across the political spectrum: How much longer do we have to tolerate Recep Tayyip Erdoğan?

Having been accused by the German media of being too soft on Erdoğan, the government led by Chancellor Angela Merkel finally took action against the so-called despot. Charging Turkey with moving away from European values, Gabriel’s recommendation was for Turkey to get back on track. In response, the Turkish government warned that it would not succumb to blackmail and said that Berlin’s actions were not compatible with the Turkish-German friendship and alliance.

To be clear, Turkey’s relations with Germany have been worsening since the 2013 Gezi Park protests. At this point, the dispute is much bigger than a power struggle over the Balkans and fierce competition between airline companies. The two countries, whose domestic politics are largely intertwined, have found themselves in a serious struggle.

The tensions have grown since last summer’s coup attempt and the April 2017 constitutional referendum in Turkey. At this point, the disagreement went beyond Austria and Greece, as there has been talk of economic sanctions and Turkey’s EU membership bid.

Berlin’s main concerns are related to German citizens detained by Turkish authorities and the inability of German politicians to visit German troops based in Turkey. However, Turkey has much bigger concerns since Germany and the rest of Europe turned into a base camp for terrorist groups, including the PKK, the Democratic People’s Liberation Party-Front (DHKP-C) and the Gülenist Terror Group (FETÖ), which have been targeting Turkish citizens. From Ankara’s perspective, Germany has been undermining EU and NATO alliances and has even been hostile toward Turkey behind the smokescreen of friendship.

Germany has not only turned a blind eye to the damage inflicted by the civil wars in Syria and Iraq on Turks, but also ignored the key European value of counterterrorism. To add insult to injury, German officials have been trying to discredit Turkey’s war on terrorism by talking about a supposed authoritarian turn.

Neither is it helpful to charge Turkey with undermining the values and interests of the NATO alliance at a time when Western values are going through a crisis. As a matter of fact, the vast majority of Turks believe that it was the West that rendered their values and friendship meaningless.

Nor can anyone take seriously Germany’s statements about the rule of law in Turkey, provided that German authorities have been unable to shed light on the National Socialist Underground (NSU) murders over the past decade. As such, hitting Turkey harder will not weaken Erdoğan, but it will force Turks to move further away from the European Union and isolate themselves from the outside world.

There is no doubt that growing tensions between Turkey and Germany will hurt the interests of both countries. Turning harsh statements about the Turkish president into a core component of German pride forces German politicians into a corner. It is time for the corporate interests of major German companies dictate terms on German politics. Instead of working with Turkish businesses in Iran and the rest of the Middle East, it is meaningless to place their existing interests at risk.

Of course, blaming Erdoğan could help German politicians in the upcoming election, but imposing economic sanctions on Turkey will irreparably harm Berlin’s already troubled relations with Ankara. A crisis with Turkey will translate into a refugee crisis, instability and refugees in the Balkans and the rest of Europe.

The Evidence against Fetullah Gülen behind Coup Attempt
Previous