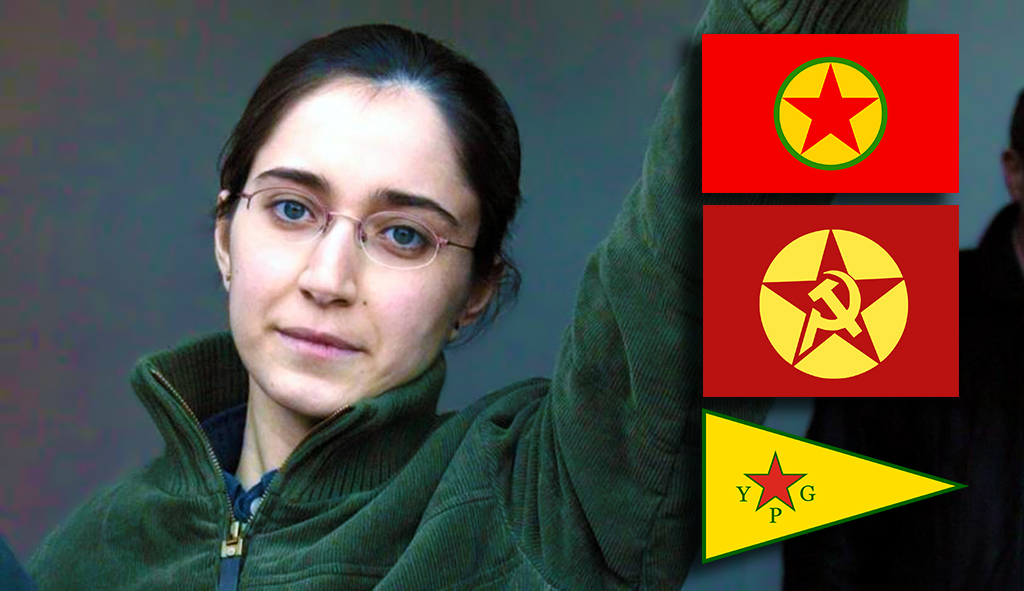 Operation leads to arrest of senior members of terror group, which is trying to become active in Europe with help of PKK

A recent operation in Turkey against the far-left Revolutionary People’s Liberation Party-Front (DHKP-C) terrorist group raises the question whether the group is still active in the country.

The group, which is listed as a terrorist organization by Turkey, the U.S. and the European Union, is responsible for a number of attacks in Turkey, including the assassination of a business tycoon in 1996 and an attack on the U.S. embassy in Ankara in 2013.

Among those arrested in the operation on Feb. 26 were Umit Ilter, the so-called secretary-general of the DHKP-C, and Caferi Sadik Eroglu, the ‘leader’ of the terror group in Turkey.

In an interview with Anadolu Agency, Murat Aslan — a researcher at the security studies directorate of the Ankara-based SETA Foundation for Political, Economic and Social Research and a faculty member at Hasan Kalyoncu University in Gaziantep – said despite some DHKP-C leaders fleeing to Greece and other European countries following a 1980 military coup in Turkey, the group maintained contact with its remaining members in Turkey while trying to establish a presence in Europe.

“The group was constantly marginalized and struggled to survive. It could not rejuvenate itself after Sept. 12,” Aslan said, referring to the Sept. 12, 1980 military coup in Turkey.

Following the latest arrests, Interior Minister Suleyman Soylu said the DHKP-C’s presence in rural areas of Turkey had been wiped out.

“Our fight against terrorism is on and will continue without slowing down,” Soylu said.

“The group is very active in Greece,” Aslan said. “They were cooperating with the Greek leftist group ‘November 17’ in the past.”

He also noted that with its aging leadership, the group was not able to respond to the ideological evolution in its base “because they couldn’t renew themselves”.

Asked whether the DHKP-C was coordinating with the terrorist organization PKK, Aslan said since the 1990s, the PKK has cooperated with far-left organizations such as the DHKP-C and TIKKO.

“The PKK’s cooperation with these far-left groups within Turkey was not successful because over time, the PKK became more dominant in the places it saw as its domain, as the group had been cooperating with the Turkish far left since the 1990s,” he said.

In its more than 30-year terror campaign against Turkey, the PKK — listed as a terrorist organization by Turkey, the U.S. and the EU — has been responsible for the deaths of some 40,000 people, including women and children.

More than 1,200 people, including security personnel and civilians, have lost their lives since the PKK resumed its decades-old acts of terror in July 2015.

“The decisive group is the PKK. Other extreme leftist groups’ activities such as those of the DHKP-C are connected to the PKK. Such organizations cannot survive without external support. The Assad regime [in Syria] supported these organizations due to its ideological proximity. Extreme left-wing groups cooperate with the PKK and the Assad regime at the same time,” Aslan said.

The DHKP-C had inherited the organization Revolutionary Left (Dev-Sol), which had been active since 1980. It became the DHKP-C in 1994 under the leadership of Dursun Karatas. It purportedly supports Marxist-Leninist ideology and was mostly active during the Cold War era.

But in recent years, the group has revived its terrorist activities.

After Karatas’ death in 2008, a leadership crisis arose within the DHKP-C, and a key group member, Huseyin Fevzi Tekin, was seen as the new leader.

Tekin was arrested last February under a fake Bulgarian identity in an ammunition-laden safehouse in Athens along with Murat Korkut, Bilgehan Karpat and Ismail Akkol, who are suspected of being involved in the assassination of prominent Turkish businessman Ozdemir Sabanci in 1996 in Istanbul.

It has been more than two decades since the assassination of one of the most prominent business figures in Turkey, and a prime suspect in the murder is still at large.

Feb. 9, 2019 marked the 23rd anniversary of the assassination of tycoon Ozdemir Sabanci of Sabanci Holding, Turkey’s leading financial conglomerate and one of the leading industrial groups.

DHKP-C terrorist Fehriye Erdal and two of her associates, Ismail Akkol and Mustafa Duyar, murdered Sabanci, senior executive Haluk Gorgun and secretary Nilgun Hasefe in a brazen attack on Jan. 9, 1996 at the Sabanci Center, the holding’s main headquarters in Istanbul.

Duyar and Akkol were apprehended by Turkish security forces. Duyar was killed in a prison riot in 1999 and Akkol is serving a life sentence.

Erdal fled Turkey following the assassination and it was in 1999 when she resurfaced in Belgium’s Knokke city with a fake passport after a fire broke out in her apartment.

She was handed a 15-year prison sentence by a Turkish court in a trial heard in absentia.

Belgium rejected Ankara’s extradition request for Erdal as the death penalty was still in force in Turkey back then. Erdal’s request for political asylum was also rejected by Belgium.

On May 25, 2016, 20 years after the Sabanci assassination, a Brussels criminal court ruled that Erdal should be tried in Belgium over crimes she had committed in Turkey.

A Belgian prosecutor sought a 30-year aggravated prison sentence for Erdal and an additional security precaution of 15 years.

The criminal court reached a verdict in February 2017 in absentia, handing Erdal a 15-year sentence for her crimes committed in Turkey.

The DHKP-C has carried out a number of attacks in Turkey, including on U.S. diplomatic missions and Turkish security forces.

On March 31, 2015, Istanbul prosecutor Mehmet Selim Kiraz was martyred after being taken hostage in his office at Istanbul’s Caglayan Courthouse by two far-left DHKP-C terrorists who had gained access to the building by posing as lawyers. The two hostage-takers, who released photographs of Kiraz with a pistol to his head during the siege, were killed by security forces.

In August 2015, two suspected DHKP-C members attacked the U.S. Consulate General in Istanbul. There were no casualties.

The DHKP-C was also behind a suicide bombing at the U.S. embassy in Ankara in February 2013 which claimed the life of a Turkish security guard. The suicide bomber in the attack was identified as Ecevit Sanli, who was registered in northern Ordu province.

On July 9, 2008, gunmen attacked the U.S. Consulate in Istanbul’s Istinye district, leaving three security personnel dead. Three assailants were also killed in the clash that broke out following the attack. Two suspects – Dursun Patan and Servet Cinar — were prosecuted in the case for allegedly being members of al-Qaeda.

Another attack was carried out by Elif Sultan Kalsen, a suspected member of the DHKP-C, on Istanbul’s Police Department a day after the killing of Kiraz. Kalsen was shot dead, and her male accomplice was arrested shortly after the attack.

Also in 2013, suspects Karatas and Serdar Polat allegedly attacked a police building in Ankara. Karatas was shot dead after he started firing at police.

Moreover, the seized files detailed a plan to garner extensive coverage from Turkish and international media through such attacks.

On July 20, 2015, a suicide bombing in Suruc, a southern Turkish town, killed 32 people who had been planning to engage in efforts to rebuild the Syrian town of Kobani after it was devastated by clashes involving Daesh.

The country has since witnessed a wave of bombings, shootings and arrests. Turkey has responded by arresting more than 1,300 suspected supporters of illegal groups, including Daesh, the PKK and the DHKP-C.

Modern crises in the era of disunity
Previous

World crises at climax: Bad news for our future
Next
Loading...
Loading...
We use cookies to ensure that we give you the best experience on our website. If you continue to use this site we will assume that you are happy with it.Ok