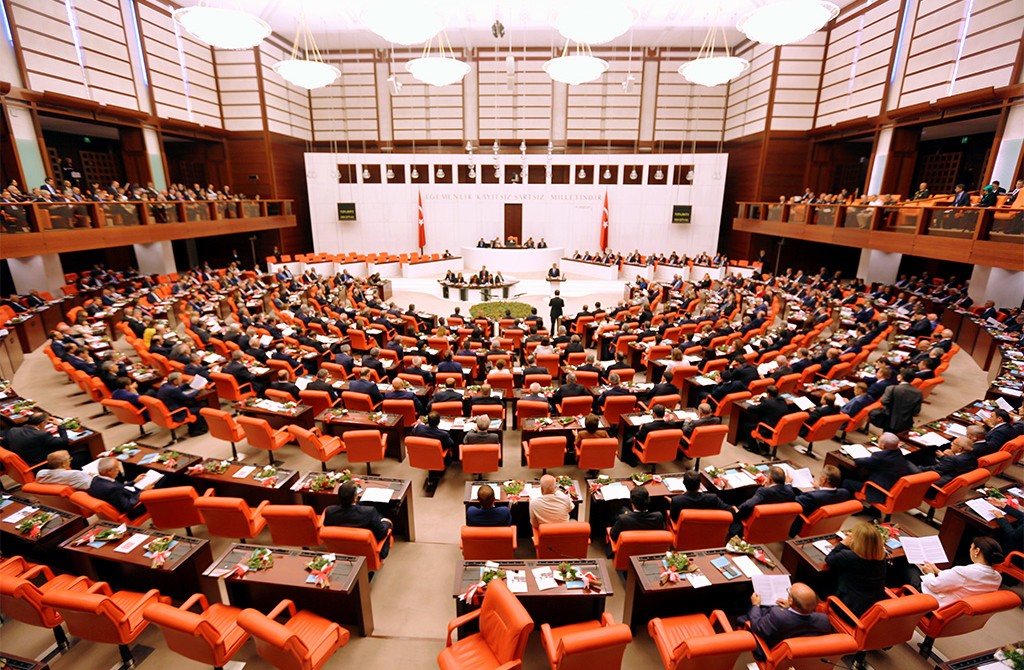 Ankara not sidelining US, prefers cooperation

In addition to the Syrian crisis, Ankara and Washington have not been able to come to an agreement on Turkey's possible purchase of Russian-made defense systems.

Ankara is not trying to sideline the U.S. but it was forced to cooperate with Iran and Russia instead of its NATO ally, according to Burhanettin Duran, the general coordinator of Turkey’s leading think tank, the Foundation for Political, Economic and Social Research (SETA).

Duran said Turkish officials are not happy about the level of cooperation with the United States on Syria and because of that, they have been talking to Russia and Iran despite not sharing the same views.

“[President Recep Tayyip] Erdoğan’s eagerness to negotiate with the United States is necessary to find a solution to the Syrian crisis and shows that Turkey’s rapprochement with Russia is limited and transactional. After all, the Sochi agreement alone is not enough to find a political solution for Syria,” the SETA official said, adding that the three guarantors – Turkey, Russia and Iran – as well as the United States must come together at the negotiating table.

In addition to the Syrian crisis, Ankara and Washington have not been able to come to an agreement on Turkey’s possible purchase of Russian-made defense systems.

Turkey’s need for an air missile defense system was exposed with the start of the civil war in Syria, which has a sizeable ballistic missile stockpile that can reach a sizable portion of Turkey.

The country had to rely on Patriot batteries provided by its NATO allies Germany, the Netherlands and Spain during the conflict, which were withdrawn in 2015. Therefore, in recent years, Turkey has sought to build its domestic defense industry to reduce reliance on foreign suppliers.

Eventually, Turkey reached an agreement with Russia to buy S-400 missile defense systems. Even though both the Turkish and Russian sides have acknowledged that a down payment was made for the weapons, Turkey continued to talk with the U.S. about the possible sale of the Patriot missile defense system.

Even if the two countries were to reach a deal, experts consider it to be almost impossible to get it authorized by U.S. Congress due to severe anti-Turkey sentiment.

Yesterday, presidential spokesperson İbrahim Kalın responded to the criticisms that they occasionally get for cooperating with Russia regarding the S-400 deal instead of a NATO. “There is nothing more natural than Turkey to develop this policy just like all the other great states and actors that are in struggle for playing a role in different geographies of the world,” Kalın said, speaking at the Bosphorus Summit in Istanbul.

“Iran and Russia cannot offer the Turkish people the economic and political benefits that membership in the Western community of nations can provide,” Tillerson said without specifying what those benefits might look like.

His remarks at the Wilson Center think tank were delivered days after President Erdoğan met with Russian President Vladimir Putin and Iranian leader Hassan Rouhani in the Black Sea resort of Sochi to discuss the conflict in Syria.

Turkey and Russia and Iran, are the guarantor countries that brokered a cease-fire in Syria last December that led to the Astana talks in Kazakhstan that ran parallel to the Geneva talks.

Tillerson said the U.S. and its European allies have partnered to hold Bashar Assad accountable through sanctions, and to resolve the Syrian civil conflict.

“In terms to resolve the Syrian civil conflict, our European partners must continue to be strong advocates for the U.N.-led Geneva process,” he said, adding that this alone can be the basis for rebuilding Syria and implementing a political solution that leaves no role for the Assad regime, his family and his government.

Tillerson also reaffirmed Washington’s commitment to mutual defense obligations with NATO members, saying the U.S. would be the first to respond to any attack on a European ally under NATO’s Article 5 mutual defense clause.

His comments were intended to calm unease the Trump administration would exit the alliance by demanding European members spend more on their own defenses.

“Our message to Europe is nothing has changed in terms of our commitment to you,” he said. “The same values that bind us are still there and our security relationships with Europe are ironclad.”

Implications of Sochi summit for Middle Eastern politics
Next
Loading...
Loading...
We use cookies to ensure that we give you the best experience on our website. If you continue to use this site we will assume that you are happy with it.Ok