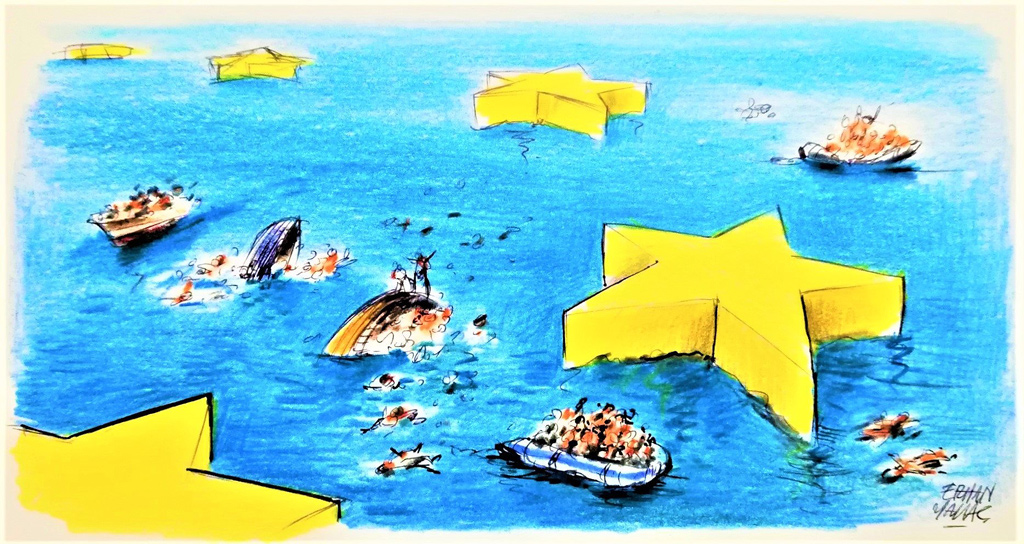 Why is Turkey’s presence in EU matchless?

Turkey and the European Union seek a positive agenda. It would serve the interests of both parties if the European Council’s meeting on March 25-26 transforms that pursuit into a concrete policy. After all, it is high time that the Turkey-EU relationship undergoes a strategic assessment.

Turkey and the European Union seek a positive agenda. It would serve the interests of both parties if the European Council’s meeting on March 25-26 transforms that pursuit into a concrete policy. After all, it is high time that the Turkey-EU relationship undergoes a strategic assessment.

The start of a transition process in Libya, under Abdul Hamid Dbeibah, too, de-escalated tensions between the two countries. The French government, which supported Athens by selling military aircraft and weapons to the Greeks, witnesses the limits of that solidarity. It, therefore, takes advantage of the de-escalation in the Eastern Mediterranean to realign its interests with Turkey.

Egypt’s indication that it will comply with the Turkish-Libyan delimitation agreement, too, represents an admission of Turkey’s indispensability.

It is also worth noting that Israel largely shares that view and the United Arab Emirates (UAE) is attempting to repair its relationship with Ankara.

The European Union’s two leading members, Germany and France, must clearly reconsider the possibility of working with Turkey at every turn. At a time when even the United States revises its position out of appreciation for Ankara’s central role in many areas, European governments cannot simply disregard Turkey’s strategic significance.

The relationship between Turkey and the European Union is characterized by interdependence on countless issues. Migration, the war on terror, Syria, Iraq, Iran, Libya, the Eastern Mediterranean, the Caucasus and Russia immediately come to mind.

As such, Jens Stoltenberg, NATO’s secretary-general, was right to highlight the EU’s inability to defend Europe alone and to acknowledge Turkey’s contributions to defending NATO’s borders – starting with its fight against Daesh terrorists.

It remains unclear how the Biden administration’s stated goal of strengthening trans-Atlantic ties will impact the relationship between the United States and Europe.

We will have to wait and see whether the Atlantic’s two sides will agree on a road map to address China, a threat, and Russia, a competitor. The Europeans are still reluctant to ramp up defense spending.

NATO’s growing power, in turn, stands to jump-start the debate over Turkey’s position and role within the alliance.

For the record, the United States and the EU are unlikely to find common ground on Turkey. Indeed, the Europeans themselves seem unable to make up their minds.

Whereas Germany, Italy and Spain want a more stable relationship with the Turks for financial reasons, the Eastern Europeans want the same thing because they are concerned about another refugee wave.

The Turks, who always lived up to their responsibilities toward NATO, can create new opportunities in the great power competition by assuming an influential role within the Western alliance.

Weak arguments, largely devoid of strategic rationality, however, occasionally surface in Western capitals. Some claim that the Western alliance’s borders go no further than Greece, calling for the exclusion or suppression of Ankara.

Others believe that Washington’s military buildup in Alexandroupoli (Dedeağaç), Greece, undermines the military cooperation between Turkey and the United States.

That approach does not serve Washington’s interests. Moreover, drawing the Western alliance’s eastern border around Greece would ultimately hurt Europe.

If that were to happen, Greece would not only turn into a buffer zone but also fail to stop refugees or terrorists moving toward the European mainland. Against the backdrop of the geopolitical fault lines of great power competition, Greece would perform nowhere near as well as Turkey.

Death, inequality, recession: The COVID-19 mirror
Next
Loading...
Loading...
We use cookies to ensure that we give you the best experience on our website. If you continue to use this site we will assume that you are happy with it.Ok