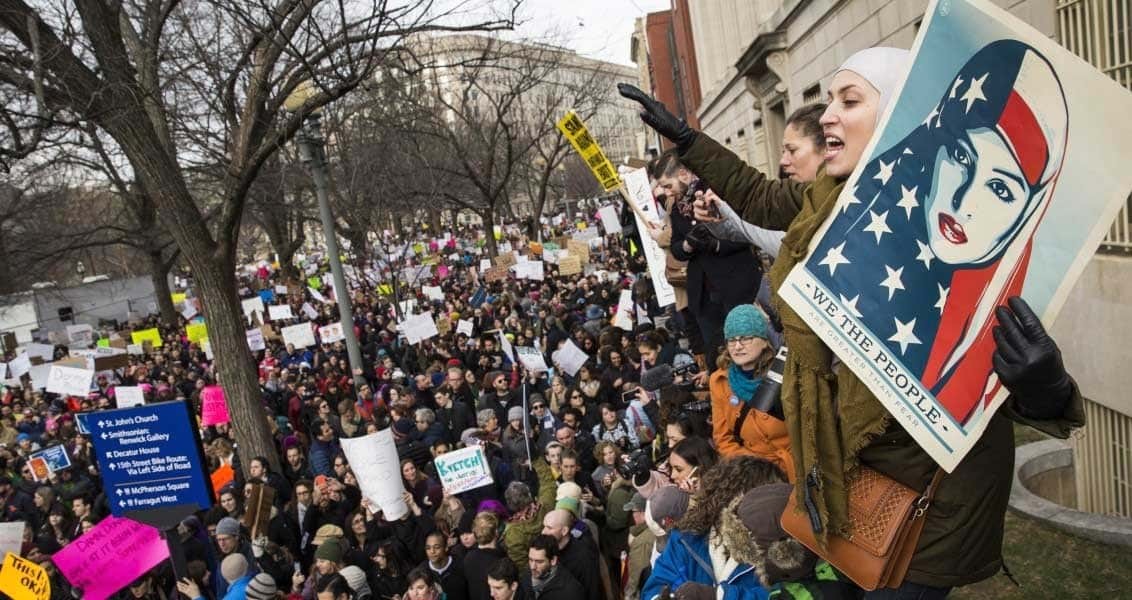 The United States wants to get involved in the Syrian crisis again – rapidly and effectively.

U.S. President Donald Trump last week announced that he would establish safe zones in Syria and neighboring countries in an effort to stem the tide of illegal immigrants. Again, there are rumors that the White House is currently working on an aggressive plan to defeat Daesh – which could involve the use of U.S. special forces, who had been dispatched by the previous administration, in the Raqqa operation.

To be clear, this isn’t just Mr. Trump trying to deliver his campaign pledges by issuing a series of executive orders to impose a travel ban or build a U.S.-Mexico border wall. The United States wants to get involved in the Syrian crisis again – rapidly and effectively. After all, Mr. Trump knows that the Obama administration handed Syria to the Russians on a silver plate and severely limited Washington’s influence over the country. Against the backdrop of the transition period in the United States, Turkey and Russia made important progress by launching the Astana process and brokering negotiations between the Assad regime and the Syrian opposition. In Kazakhstan, Moscow, Ankara and Tehran agreed to set up a tripartite mechanism to monitor the cease-fire. Finally, the Kremlin agreed to provide air support to the Free Syrian Army (FSA) and Turkish military advisors currently fighting Daesh in al-Bab. In the lead-up to Astana, Western news outlets repeatedly complained that Washington and other Western governments had been excluded from the talks. Even though the Iranians staunchly opposed U.S. involvement, Russia and Turkey made an effort to include the Americans. After the inauguration, the Trump administration was approached by the guarantors. President Trump’s decision to send an ambassador to Astana could be related to his inability to appoint key officials. But it doesn’t take a genius to figure out that the real reason is related to Washington’s concerns about the general direction in Syria.

In recent months, the Russians have emerged as the single most influential actor in Syria. As a result, regional players including Israel and Jordan have been watching the Kremlin rather than the White House for some time. Although President Trump hinted that Washington could cooperate with Moscow in the fight against Daesh, it’s not realistic to expect the administration to accept the current U.S. role in the Middle East.

If the leaked executive order about setting up safe zones is an effort by Washington to return to Syria, the Trump administration’s actions are likely to fuel new tensions on the ground and at the negotiating table. To be clear, the U.S. could even end up derailing the Astana process. Hence Russian skepticism and Turkish cautiousness about the leaks.

Where exactly President Trump wants to set up safe zones and which groups will be included in his plan are bound to have major consequences for all parties involved in the Astana talks.

First and foremost, it is important to understand which areas are affected by the proposal. Will the U.S. seek to eliminate Daesh and al-Nusra Front in Raqqa and Idlib or FSA-held areas such as Azaz, Jarablus and al-Bab or People’s Protection Units (YPG)-controlled cantons? Another important question is against whom the safe zone will be established. In other words, does the White House want to counter the Assad regime, Daesh and Nusra militants or Turkey’s potential plans to take on the YPG forces?

For a long time, the Turks had tried to talk the Obama administration into setting up safe zones in Syria. Although President Trump wants to talk about the same issue now, it is important to recall that’s water under the bridge. Normalization between Turkey and Russia made valuable contributions to Operation Euphrates Shield and the Astana process. In order for the U.S. to create a new balance of power on the ground, the White House has to be ready to make a serious military commitment. After all, the plan to set up safe zones could make a lot of stakeholders uncomfortable. If the Trump administration targets Bashar Assad, the Russians will object. If he tries to protect the YPG militants, the Turkey-U.S. relations could become further strained. Needless to say, such a move could push the Turks toward Moscow. The only remaining option is to work with Turkey to consolidate the power of moderates in areas to be liberated from Daesh – which would not make Russia, Iran or Damascus happy. At this time, it’s best to wait and see which rabbit President Trump will pull out of his hat.

What is Germany's Problem?
Next
Loading...
Loading...
We use cookies to ensure that we give you the best experience on our website. If you continue to use this site we will assume that you are happy with it.Ok