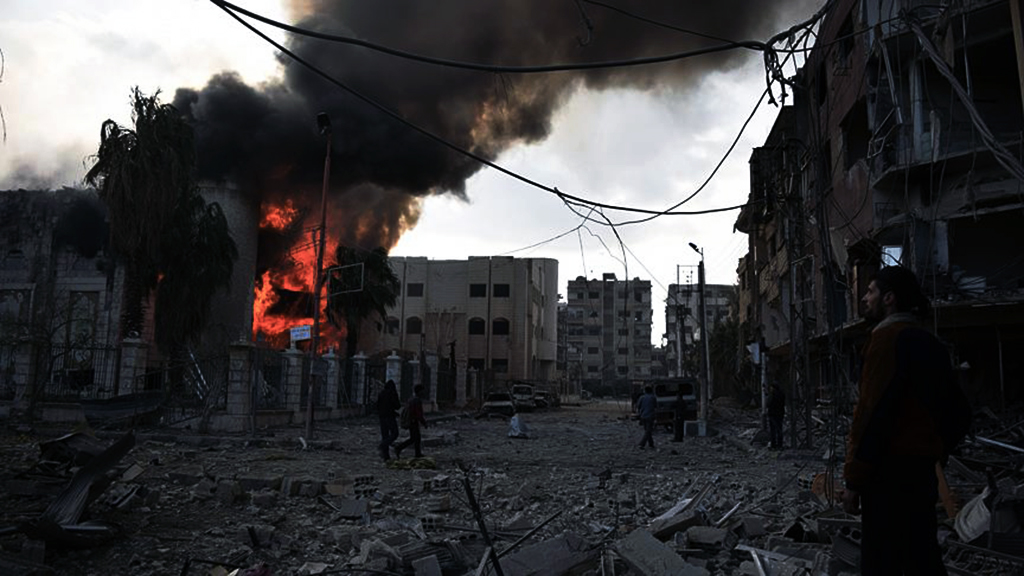 On Feb. 24, the U.N. Security Council (UNSC) unanimously adopted Resolution 2401 asking the conflicting sides in the Syrian war for a 30-day cease-fire.

On Feb. 24, the U.N. Security Council (UNSC) unanimously adopted Resolution 2401 asking the conflicting sides in the Syrian war for a 30-day cease-fire. The main objective of the resolution, which was sponsored by Kuwait and Sweden, is to enable humanitarian aid deliveries and medical evacuations of the critically sick and wounded.

According to the resolution, after the declaration of the cease-fire, all conflicting sides will allow U.N. humanitarian convoys and its implementing partners to transport aid to all requested areas. U.N. authorities have declared that there are about 3 million people living in hard-to-reach and besieged locations. Furthermore, the UNSC demanded the lifting of sieges on civilian-populated areas in order to provide them food and medicine. However, the cease-fire declared by the UNSC resolution does not apply to military operations against Daesh, al-Qaida, al-Nusra Front and other individuals or groups associated with terrorist groups, as designated by the UNSC.

The UNSC called on all relevant states to monitor the cease-fire and to use their influence to ensure its implementation. It also warned the Assad regime to comply with its obligations under international law and asked it to refrain from attacking civilian facilities like hospitals and schools.

At first sight, it seems that the resolution is a success and a critical turning point in the Syrian war since all relevant countries rarely reach consensus about the crisis. However, in reality, it will not change the inhumane situation of civilians in Eastern Ghouta. Therefore, it will remain a dead letter similar to all the previous attempts due to Russian, and sometimes Chinese, opposition at the UNSC, and the uncontrolled attacks by regime forces and pro-Iranian militias.

First of all, as we have seen, the resolution has not de-escalated the violence in the region, since the regime’s supporters, Russia and Iran, continue to attack civilians. Officials of this coalition consider many civilians to be terrorists or associates of terrorist organizations and therefore see them as targets. Russian officials declared that they would veto the first proposal, which called for an unconditional truce. Russian representatives forced the UNSC to make an exception that can easily be exploited. That is, they wanted to exclude terrorist groups and their associates. International observers are well aware that for the Assad regime, Iran and Russia, all opposition groups are terrorists.

Secondly, the U.S. and other Western countries do not prioritize the violations of basic human rights in Syria. Again, previous developments showed us that although U.S. officials declared the use of chemical weapons to be a red line, they did not answer the Assad regime when it used chemical weapons in Eastern Ghouta. The first and foremost priority of the West is the fight against Daesh, and since the beginning of the Syrian war, global powers have remained indifferent to all the killings and sufferings of average civilians.

Third, the UNSC cannot take the necessary measures to prevent civilian killings due to the veto power of its five permanent members. This was evident in many cases as the U.S. and Russia have conflicting interests and priorities in Syria and, as a result, support different actors on the ground. The two powers want to change the balance in their favor and they will not hesitate to continue hostilities and target civilians until they reach their goals.

The resolution, unfortunately, is far from bringing peace and stability in Syria, because it is not realistic to expect that the UNSC will take necessary measures to solve the problem. Global powers will continue to play power politics in order to attain their strategic goals.