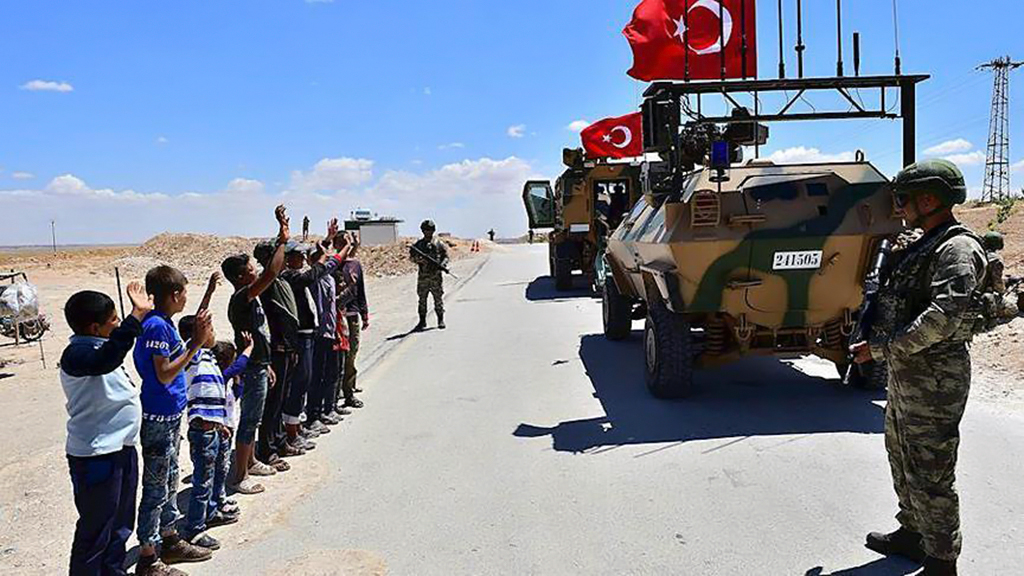 President Erdogan said the US withdrawal from Syria must be planned carefully and with the right partners, and that Ankara was counting on the international community to stand with Turkey in its commitment to eliminating terror in Syria.

Turkey’s President Recep Tayyip Erdogan has indicated that Ankara will lead the international community’s fight against Daesh in Syria and other terror groups like the YPG, which is the PKK terror group’s Syrian branch.

Erdogan’s commitment was laid out in a New York Times op-ed ahead of the Turkish president’s meeting with US National Security Adviser John Bolton, who is in Ankara for talks on the US withdrawal from northern Syria.

“It is time for all stakeholders to join forces to end the terror unleashed by the Islamic State [Daesh], an enemy of Islam and Muslims around the world, and to preserve Syria’s territorial integrity. Turkey is volunteering to shoulder this heavy burden at a critical time in history,” Erdogan wrote.

“We are counting on the international community to stand with us,” he added.

Erdogan said US President Donald Trump’s decision to pull US troops out of Syria was right. But he warned that the US withdrawal from Syria must be planned carefully and with the right partners, saying Turkey was the only country “with the power and commitment” to protect the Syrian people, and the interests of the international community in Syria.

The president noted that in August 2016, Turkey launched Operation Euphrates Shield, its first cross-border operation in Syria against Daesh and the YPG terror groups.

The operation resulted in the elimination of both terror groups from some parts of northwestern Syria.

Erdogan says Turkey is now ready to finish up the job in all of northern Syria.

TRT World spoke to James Farwell, a Senior Fellow at the Middle East Institute for more on what Turkey’s proposed plan could mean for Syria.

Erdogan has also outlined Turkey’s vision of bringing stability and peace in the war-ravaged country, touching on several important issues menacing Syria since the beginning of the civil war in 2011.

In order to manage northern Syrian territories, where the YPG and Daesh still exert their own influences, Turkey will also establish “popularly-elected councils,” Erdogan added.

“Individuals with no links to terrorist groups will be eligible to represent their communities in local governments.”

In the op-ed, Erdogan also clearly indicated that Turkey has no problem with Syria’s Kurdish population, addressing Western concerns about the country’s military involvement in Kurdish-populated areas in northern Syria.

“Local councils in predominantly Kurdish parts of northern Syria will largely consist of the Kurdish community’s representatives whilst ensuring that all other groups enjoy fair political representation. Turkish officials with relevant experience will advise them on municipal affairs, education, health care and emergency services.”

He also said that Turkey will reunite child soldiers used by the YPG with their families.

The YPG has been accused of recruiting children, according to several human right organisations.

“In 2016, Turkey became the first country to deploy ground combat troops to fight the so-called Islamic State (Daesh) in Syria. Our military incursion severed the group’s access to NATO’s borders and impeded their ability to carry out terror attacks in Turkey and Europe,” Erdogan wrote.

He also distinguished Turkish operations from Western-backed military assaults in Syria’s Raqqa, which was the self-proclaimed capital of Daesh, and Mosul, where the group’s leader Abu Bakr al Baghdadi declared a so-called caliphate in 2014, saying that coalition airstrikes against the group “were carried out with little or no regard for civilian casualties.”

Ankara has conducted its operations with a focus to save civilian lives and protect its borders from terrorists.

Lastly, Erdogan pointed out that Turkey’s uniqueness and its dispensable position will bring the ultimate peace to Syria, ensuring all sides to join forces “to get the job done” there.

“We have been closely involved in the Geneva and Astana processes, and are the sole stakeholder that can work simultaneously with the United States and Russia.”

Better to lose the saddle than the horse: Trump's Syria withdrawal
Previous

The meaning of the government reshuffle in Riyadh
Next
Loading...
Loading...
We use cookies to ensure that we give you the best experience on our website. If you continue to use this site we will assume that you are happy with it.Ok