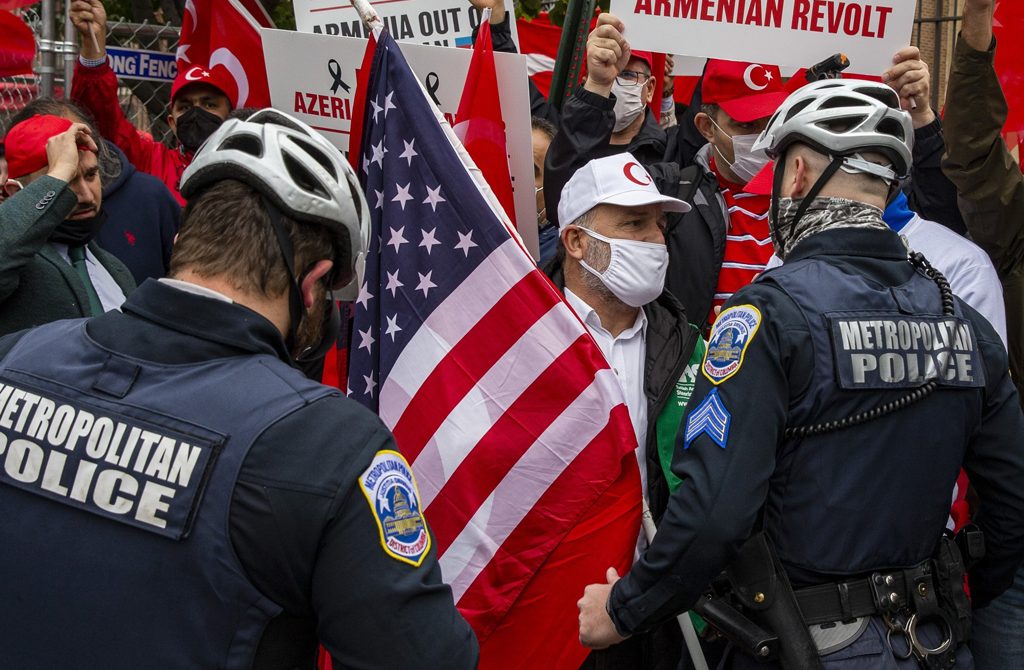 The impact of Biden’s 1915 decision on Turkey-US ties

One thing is clear: The relationship between Ankara and Washington gradually evolve from the constraints of a traditional alliance. A new modus operandi emerges, which brings together adversity, competition and cooperation.

By describing the 1915 events as “genocide,” United States President Joe Biden has inflicted a wound in bilateral relations that will bleed continuously. It is no secret that Ankara and Washington have been in a state of constant tension in recent years.

There are a number of issues that the Obama and Trump administrations left unresolved. Here are the first that spring to mind:

Joe Biden became the second U.S. president, after Ronald Reagan, to use the word “genocide” and inflicted lasting damage on the bilateral relationship. The statement by the American executive isn’t binding for Turkey, which rejected and declared it null and void.

U.S. citizens and insurance companies, however, may step up their legal efforts against Turkey and its institutions. If any court were to rule in favor of reparations, Biden’s so-called recognition would evolve into a permanent problem – just like the disagreements over FETÖ and the Syrian offshoot of the PKK, the YPG.

The Turkish people overwhelmingly viewed the Biden administration’s decision as an act of retaliation against Turkey’s contributions to Azerbaijan’s victory in Nagorno-Karabakh.

That move will undoubtedly fuel anti-Americanism in Turkey, a sentiment nurtured by a long list of disputes. Many Turks now see a new hostile side to Washington in light of the accusation. The notion that the United States is “motivated by animosity” has taken root.

Compared to former U.S. President Bill Clinton, whom Turks praised for taking the initiative to stop the massacre in Bosnia, America’s more recent presidents are highly unpopular in Turkey.

U.S. President Barack Obama, whose polished statements initially gained support, came to be condemned for his administration’s Syria policy (especially support for the YPG) and his reaction to the July 15, 2016 coup attempt.

Ironically, Obama undermined the Turkey-U.S. alliance most, despite paying lip service to the idea of a “model partnership.” Indeed, the period between 2013 and 2016 was a turbulent time for Turkey.

What about the Trump era?

With the exception of the Andrew Brunson episode, Trump’s America attempted to take constructive steps vis-a-vis Syria, the S-400 issue, the Halkbank trial and economic cooperation. The former president, however, faced immense resistance from the establishment.

On April 24, Joe Biden made a bad call that resulted in a poor start to the race. All political parties and citizens, regardless of their political views, are unhappy with Washington’s position on the YPG, FETÖ and the 1915 events.

The masses are in consensus on the issues despite polarization at home. The notable exception is the pro-PKK Peoples’ Democratic Party (HDP), which refuses to be in Turkey’s corner when it comes to any matters of national security.

By calling on the Turkish people to “face the shame of genocide,” the HDP once again demonstrated its intent to marginalize and strong opposition to Turkey’s national identity and interest.

Ankara views Biden’s statement as “null and void.” Judging by reactions from some of the country’s highest-ranking officials, the Turks are not guided by emotion. A gradual and calculated retaliation, spread over time, is on the table.

Turkish policymakers seek to ensure that the magnitude and timing of their response won’t hurt their country’s strategic interests. They review military, economic and other areas of cooperation carefully.

As such, there is no reason to expect a hard break in bilateral relations. Erdoğan on April 26 delivered a decisive and clear message, but its implications on foreign policy won’t become clear until after the two presidents’ face-to-face meeting in the NATO summit’s margins.

One thing is clear: The relationship between Ankara and Washington gradually evolve from the constraints of a traditional alliance. A new modus operandi emerges, which brings together adversity, competition and cooperation.

Di têkiliyên Yekîtiya Ewropa û Rûsyayê da gelo heyameke nû mimkun e?
Next
Loading...
Loading...
We use cookies to ensure that we give you the best experience on our website. If you continue to use this site we will assume that you are happy with it.Ok