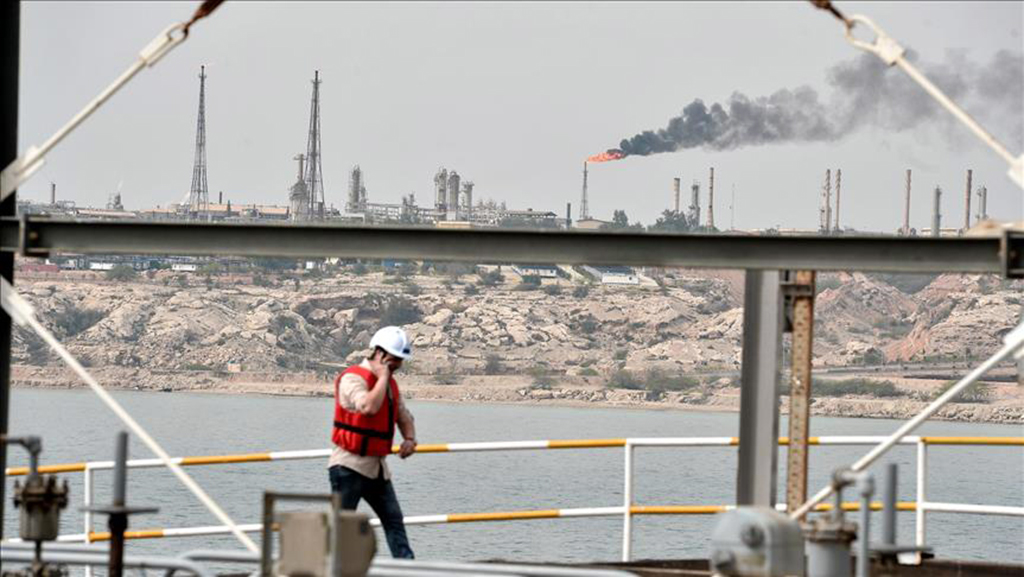 Gulf states, which try to harm Turkey by sanctioning covert operations against it, must wake up to the looming threat of Iranian expansionism without further delay

U.S. President Donald Trump is about to declare victory over Daesh. He said on Wednesday that he expected a formal announcement next week. Trump wants to withdraw American forces from Syria immediately after reclaiming all of the territories under Daesh control and from Afghanistan gradually. In an attempt to address the concerns of his critics, the U.S. president pledges to return to Syria if the terrorists get back on their feet and to monitor Iran from Iraq and stop it from building nuclear weapons.

The United States withdrawal is in line with Trump’s campaign promises. It also reflects America’s loss of appetite for war since the Barack Obama years. The U.S. president will certainly try to use his “victory” over Daesh and decision to bring his troops home as fuel for his re-election campaign. In other words, there is no reason to doubt that Trump is serious about leaving Syria. In Washington, where I participated in a panel discussion on Turkey-U.S. relations at the Foundation for Political, Economic and Social Research (SETA), I heard that same argument from several contacts. Others pointed out that Washington could even leave Iraq within the next couple of years.

There are two obvious problems with the U.S. withdrawal from the conflict zones. First, the Trump administration has a chaotic approach to foreign policy decision-making. The policy process has been all over the place under Trump, who has been unable to fill key positions at the Pentagon – which has to oversee the withdrawal. At the same time, where the National Security Council and the State Department fit into the process remains ambiguous.

Perhaps more significantly, it would seem that the White House did not take into consideration the potential side effects of the American withdrawal before unveiling the plans. The world cannot reasonably expect that the U.S. will start paying attention to the impact of its imminent retreat from Syria, Iraq and Afghanistan. Washington does not seem to care how those steps will affect various parts of the world and its allies. That Americans have been trying to protect the PKK Syrian affiliate People’s Protection Units (YPG) from Turkey against the withdrawal’s backdrop attests to that fact.

It is unlikely that Trump will keep the promises that he made when he signed off on the United States withdrawal. Obviously, he could strike Syrian targets again in case of a Daesh resurgence. Yet, the idea of keeping an eye on Iran from Iraq seems vague and reminiscent of the 12-step plan to contain Iran the administration unveiled earlier. Trump has clearly called off the plan to contain Iran’s influence in Syria, and he is unlikely to accomplish that goal in Iraq. The Iraqi government has already spoken against Trump’s containment policy and Iranian-backed Shiite militias have started issuing threats against Washington; yet, we cannot rule out the possibility that the U.S. will ignore those warnings and deploy more troops in Iraq.

Washington, which would rather focus on China and the Asia-Pacific region, thinks that it spent too much money on Middle Eastern adventures – which means the U.S. won’t contain Iran per the Israeli and Gulf request. Instead, Washington hopes to cripple Iran’s economy with sanctions to renegotiate the nuclear deal.

In the end, the glorious “orb” picture served absolutely no other purpose than channeling Gulf money to U.S. defense contractors. Even if Washington does not stop protecting the Gulf from Iran, its withdrawal from Syria, Afghanistan and Iraq could fuel fierce competition among regional powers. Turkey and Iran will be the heavyweights in that arena.

Gulf states, which try to harm Turkey by sanctioning covert operations against it, must wake up to the looming threat of Iranian expansionism without further delay. They will need Turkey’s help to counterbalance Tehran in the Middle East.

Foreign policy elites and public opinion in US
Previous