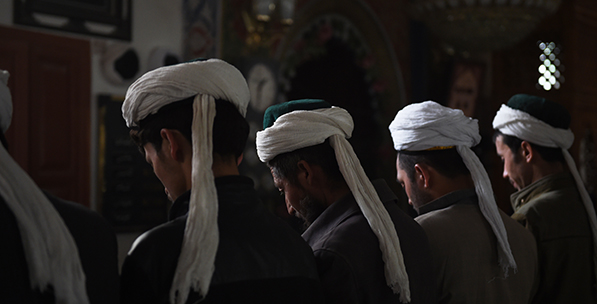 Today, every person and institution that claims to represent Islam and each American of any religion who tries to create peaceful co-existence has to find prudent ways to deal with the discourse of hatred posed by Islamophobia.

Racism has made us paranoid, attempt to unite faith has divided us meticulously and sterilized us. For example, how right is it to hold a “Muhammad” cartoon contest? This cannot be a freedom of art or expression. This springs from fear. Fears we have of different faiths have brought us to be full of paranoia and hatred.

This is a quote from the book “Undivided: A Muslim Daughter, Her Christian Mother, Their Path to Peace” by Patricia Raybon, who is Christian, and her daughter Alana, who is Muslim. It is a true story recounting Islamophobia in the U.S. Even though CNN does not see it, the incidents that took place in the torched city of Baltimore in the U.S. state of Maryland after the death of Freddie Gray, a black man, is no longer on our agenda. In the city of Dallas, Texas, an armed conflict took place outside a hall in which a cartoon competition of the Prophet Muhammad organized by the American Freedom Protection Initiative (AFD), an organization that has come to be known for its anti-Islamic acts. Elton Simpson and Nadir Soofi who carried out the attack, posted on Twitter: “My brother next to me and I have dedicated ourselves to the commander of the believers. May Allah accept us as mujahedeen. Pray #Texasattack,” from an account named “Shariah is Light,” 15 minutes before the attack. The term “Commander of the believers” is used to refer to Islamic State of Iraq and al-Sham (ISIS) leader Abu Bakr al-Baghdadi or Taliban leader Mullah Mohammed Omar. Although the messages posted on Twitter can be interpreted that Islamist militants may be held accountable for the attack, White House spokesman Josh Earnest said that even though it may be offensive, there could not be any expression to justify the attacks and that the President Barack Obama’s administration is not ready to accept that ISIS operates on U.S. soil. However, ISIS had announced on their own radio station that they organized attacks on U.S. soil for the first time and warned there would be worse attacks.

On the organization’s web site after the attack, statements that the competition “supports freedom of expression and that Americans cannot be intimidated by those who use violence in the name of Islam” were posted. You may not have heard of the cartoon exhibition regulator Pamela Geller’s name before the tragic attack in Texas. Even though she says that she exhibits a bold stance for freedom of expression and while supporting these supports the US, she is known for her anti-Islamic activities and discourse. American Freedom Advocacy and Stop the Islamization of America Initiative (AFD) president Geller has a book titled “Stop the Islamization of America: A Practical Guide to the Resistance.” Geller, who is a well-known American conservative, is known throughout the U.S. for her anti-Islamic actions. Geller commented on the attack in Dallas as “an attack on freedom of expression,” and said: “What do we do? Will we surrender to this monster,” while claiming that the war in the Middle East had sprung on the U.S. and said: ”War is here.” The fact that Geller, instead of calling for dialogue, mutual understanding and union, says “this is war,” shows that it was just the last part of the long list of events that combines the provocative nature of freedom of expression and the attack against Islam. Also, the fact that the statement Geller made after the attack drew attention. It is claimed in the U.S. media that Geller is using her freedom of expression in a provocative and offensive way, and that even though she is claiming to defend American values, the views that her actions were harming said values drew attention. It was pointed out that Geller did not “get the sense of personal purpose in life, a person with negative incentives” indicating that, “she loves to act. Has a harm-loving nature.” In the news in the Washington Post about Geller, the statement: “If the competition is a trap, it has reached its purpose” was used. It has been declared that the intention of the competition was disrespect and even bigotry.