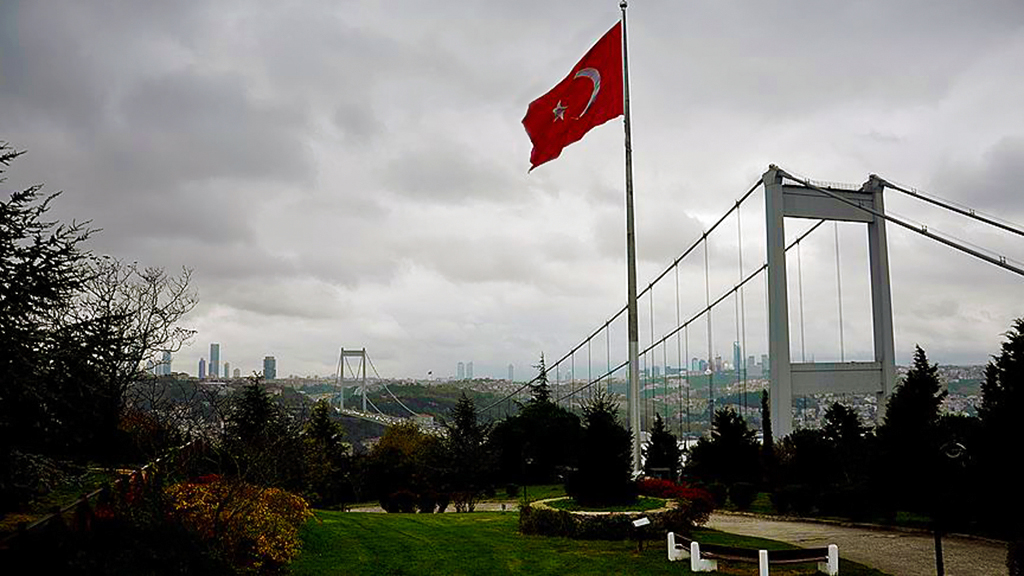 President Recep Tayyip Erdoğan talks a great deal about the nation's survival ahead of this month's municipal elections. The question in his mind goes beyond wealth and poverty, despite what the opposition seems to think.

President Recep Tayyip Erdoğan talks a great deal about the nation’s survival ahead of this month’s municipal elections. The question in his mind goes beyond wealth and poverty, despite what the opposition seems to think. Instead, Erdoğan wants to create a new setting that will end a series of attacks that Turkey has had to endure since 2013. He wants to leave the turbulence the country has experienced in recent years in the past. Erdoğan’s answer to that problem is to consolidate the presidential system of government. His goal is to “preserve Turkey’s stability” and “ensure that it stays on track.”

The idea of staying on track refers to both the question of survival and the preservation of Turkey’s leadership role in the region – which directly addresses the country’s extraordinary contributions to regional and global stability.

In a recent meeting with opinion leaders from eastern and southeastern Turkey, Erdoğan summarized his view as follows: “If we stumble, the people that pull tricks every day to fuel clashes among people in our neighborhood will rejoice. If we stumble, the Islamophobes, who have been on the rise across the West including Europe and the United States, will get out of control.”

Clearly, the president did not utter those words just to help with the People’s Alliance campaign for municipal elections. As a matter of fact, it was noteworthy that he was addressing opinion leaders from a certain part of the country that day.

In his speech, Erdoğan reminded his audience about the pain and suffering the Peoples’ Democratic Party (HDP) and its separatist agenda would unleash on Turkey and the region. On that day, he did not just talk about the destructive roles that the terrorist organization PKK and its Syrian affiliate, the People’s Protection Units (YPG), play in an attempt to establish a statelet in Syria. He also stressed that the country was crucial for the safety and well-being of all people in the region. In other words, his emphasis was on Turkey’s stabilizing impact on the region rather than the fear of disintegration.

The challenges that Turkey faced in recent years are closely linked to efforts by outsiders to redesign the region. Erdoğan’s platform combines his criticism of the global order – “the world is bigger than five” – and a rejection of the status quo and sectarian polarization at the regional level. His frequent references to Egypt, Iraq and Syria, along with his commitment to assume a principled position in the Eastern Mediterranean, the Black Sea and the Balkans, do not mean that Turkey is looking for a fight. Quite the contrary, those conclusions are based on a realistic assessment of regional affairs.

At a time when Washington’s liberal hegemony is crumbling, the European Union has betrayed its own values and embraced Abdel Fattah el-Sissi’s regime to keep refugees out, and the two crown princes fuel conflict and rivalry in the Gulf, no government and nation can expect to survive without standing up for themselves. Those who are unprepared to pay a price are bound to pay that price in the end.

All the way across the greater Middle East, Algeria has been trembling with popular unrest. On the opposite side, the conflict between Pakistan and India threatens to evolve into an all-out war. The region will remain turbulent for a long time; hence, the significance of Turkey’s contributions to stability. It was no coincidence that Pakistan’s prime minister, Imran Khan, asked the country to help reduce tension between his government and India.

Any opinion poll in the region would reveal that most people believe the weakening of Erdoğan would be against the interests of Turkey and the Middle East. As such, it is true that the region, too, needs another 4.5 years of stability in Turkey for its own good.

World crises at climax: Bad news for our future
Previous

The future of the MENA region dynamics
Next
Loading...
Loading...
We use cookies to ensure that we give you the best experience on our website. If you continue to use this site we will assume that you are happy with it.Ok