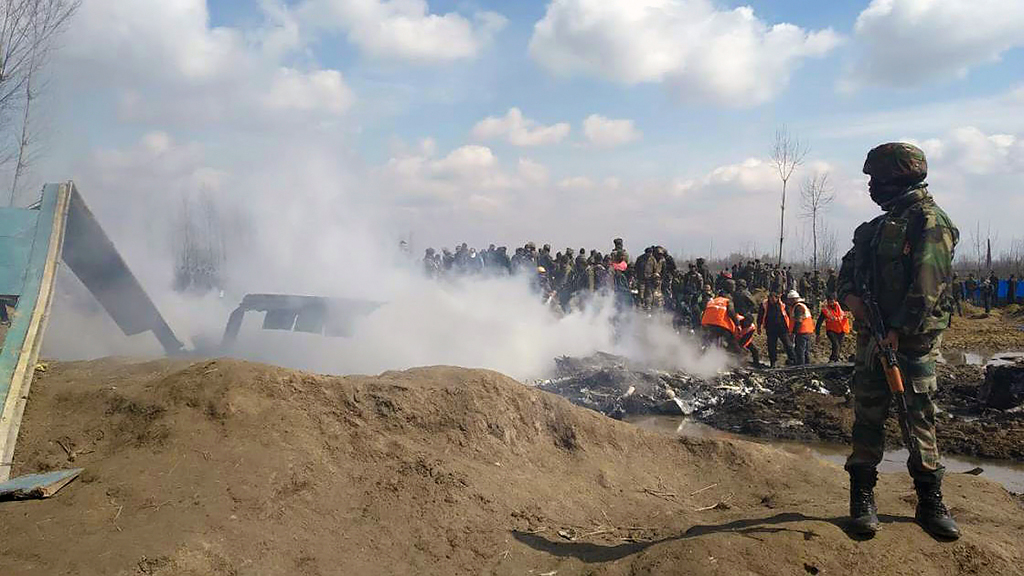 The most recent regional crisis erupted in South Asia after the Indian Air Force crossed into Pakistani air space in order to hit Kashmiri armed groups. The story of the crisis goes back to the end of British colonialism in the subcontinent.

The most recent regional crisis erupted in South Asia after the Indian Air Force crossed into Pakistani air space in order to hit Kashmiri armed groups. The story of the crisis goes back to the end of British colonialism in the subcontinent.

After the withdrawal of the British from South Asia in 1947, the subcontinent was politically divided into two new states, namely the Muslim-majority Pakistan and Hindu-majority India. Millions of people had to migrate from one side to the other. India and Pakistan divided the land without much problem. However, they could not agree on the status of Jammu and Kashmir, a region with a Muslim majority. Although each side claimed the control of the entire region, the region was divided into three parts. While 45 percent of the region is under the control of India, 35 percent of the region is controlled by Pakistan. China, another regional actor, controls the remaining 20 percent.

Therefore, the British left the status and the fate of Jammu and Kashmir to the people of the region. The U.N. Security Council adopted resolution 47 calling on India to conduct an impartial plebiscite. Unfortunately, the claim over the Jammu and Kashmir region turned into a crisis that caused several wars between the two states and has not been solved in the last seven decades.

Muslims living under the control of India have been struggling for independence since the 1940s. Muslim groups close to Pakistan have revolted many times. During the latest wave of the revolts that started in 1989, more than 70,000 people have lost their lives. Since a truce was signed in 2003, U.N. peacekeeping forces have been controlling the borders of the divided region. In spite of the declaration made by the conflicting sides, clashes have continued.

The most recent crisis in the region started with a suicide bombing on Feb. 19, 2019, against the Indian paramilitary forces in Indian-controlled Kashmir, which resulted in the deaths of more than 40 paramilitary police officers. A Kashmiri organization, Jaish-e Mohammed (JeM), claimed responsibility for this attack, the biggest attack against India since 1989.

JeM, which is an organization established in 1999 by the Pakistani religious scholar Masood Azhar, who had close relations with the Afghan Taliban, defends the unification of Kashmir with Pakistan. The group, which is recognized as a terrorist organization by the U.N., the U.S., the U.K. and India, declared that they would continue to attack India in order to save Muslims living under its control.

Pakistan immediately condemned the attack and rejected any Pakistani involvement in the incident. However, the U.S. and India have accused Pakistan of not taking necessary measures to prevent the activities of JeM and similar organizations within its borders. India lowered the level of diplomatic relations with Pakistan as a reaction to the attack. Then the two states began to threaten each other. Eventually, they withdrew their respective ambassadors. The Indian people asked the Indian government to take revenge. On Feb. 26, the Indian Air Force crossed into Pakistani air space and allegedly bombed JeM camps.

The newly elected Pakistani Prime Minister Imran Khan said the Indian claims of hitting terrorist camps were unfounded and inconsistent. Khan claimed that the attacks were directly related to the future Indian elections to be held in two months. He argued that this move is a threat to regional peace and stability. The following day the Pakistani Air Force shot down two Indian warplanes and captured one of the pilots.

Authorities from both sides have stated that they do not want to increase tensions and go to war, even though some leading members of the Pakistani National Chief of Staff declared that if the crisis escalates to a level threatening national security, they will not hesitate to use nuclear weapons. Pakistanis have tried to deter a possible war with India. On the other hand, the Pakistani prime minister has explained that they are open to any discussion regarding the Kashmir crisis. Pakistan also released the captured Indian pilot as a gesture of goodwill.

Similar to some other regional crisis, the Kashmir crisis also has two main dimensions, regional and global. At the regional level, the crisis is a territorial issue between two states. There is no easy answer for a solution to the Kashmir problem in the near future. There are three different possible solutions to the problem, namely for Kashmir to gain independence, to join Pakistan or to stay with India, each of which has advantages and disadvantages for the Kashmiri people, who are expected to decide their fate through a U.N.-mandated plebiscite. Therefore, it seems that the status quo will continue.

At the global level, the crisis is a rivalry between global powers, namely the U.S., China and Russia. These powers have been exploiting the Kashmiri crisis. While China has been supporting Pakistan against India, the U.S. has been in close relations with India. On the other hand, Russia has gotten involved by selling air defense systems, specifically the S-400, to India. Increased tension and rivalry between global powers will make the situation in the region even more difficult.

The future of the MENA region dynamics
Previous

A question of 'survival' versus 'Kurdistan'
Next
Loading...
Loading...
We use cookies to ensure that we give you the best experience on our website. If you continue to use this site we will assume that you are happy with it.Ok