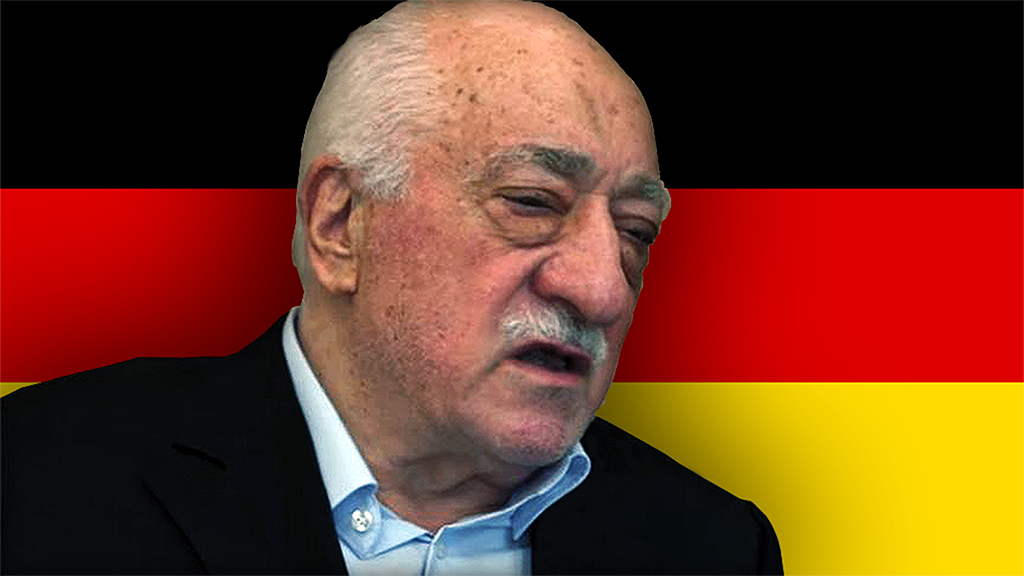 Germany neither extradites coup-plotters to Turkey nor puts them on trial, despite their legal obligation

On Feb. 3, news weekly Der Spiegel claimed that Germany granted asylum status to former Turkish Military Academy Col. Ilhami Polat and three of his colleagues. The magazine titled the story “Diplomatic crisis case” (Diplomatischer Krisenfall) to point to the effect of this incident on Turkish-German relations. Because as of January, after months of tension between the two countries, public opinion on both sides started to move towards normalized relations.

After the defeated July 15, 2016 coup in Turkey, Germany failed to give Ankara the expected support, and later started to develop a stance towards safeguarding the Fetullah Terrorist Organization (FETO), the group behind the defeated coup. This attitude became official after a March 18, 2017 Der Spiegel interview with Bruno Kahl, the head of Germany’s foreign intelligence agency BDN.

In the interview, Kahl said that Germany sees FETO as a religious and secular non-governmental organization, and added that they believe the group was not behind the coup bid. However, it is well known that FETO — despite its focus on education — is also very active in the economy, media, and politics.

The most concrete sign of Germany’s protective attitude towards FETO — after what Kahl said — was seen when the country did not return high-ranking military putschist to Turkey. It is known that the group’s members sought asylum in Germany not just after the defeated coup, but before it as well. After the defeated coup, high-ranking soldiers assigned to Turkish missions in Germany, as well as FETO members, sought asylum.

According to December 2017 data, 260 Turkish diplomatic passport-holders and 508 high-ranking public servants sought asylum in Germany after the defeated coup. German officials granted asylum to a large portion of those asylum-seekers. But in recent weeks, there were reports that Germany would try to locate Adil Oksuz, a theology lecturer accused of masterminding the coup attempt, reportedly on German soil. Those reports were seen as a “good will” step towards normalizing Turkish-German relations.

Because treason and coup attempts are crimes in Germany, just as in Turkey, it is a legal obligation to return foreign-based coup plotters to their home countries.

However, in some conditions, the extradition requests can be rejected. But in those cases, the putschists need to be put on trial in the country they are in. But Germany not only refuses to extradite coup plotters, but also avoids putting them on trial.

There seems to be two rationalizations behind Germany’s logic. One is that there is not much concrete evidence that FETO was behind the defeated coup attempt. But when Turkey started to submit irrefutable evidence vetted by Turkish courts, Germany tried to reject this evidence, claiming Turkey’s judiciary is not independent.

Germany must listen to the public

An article titled “Wo Erdogan richtig liegt” (Where Erdogan is right) in daily Frankfurter Allgemeine Zeitung (FAZ) last September stressed how Germany cannot explain why the country granted asylum to those who will be tried for treason in Turkey.

Similarly, Gunter Seufert, a Turkey specialist at Berlin-based Institute for International and Security Affairs (SWP), recently gave an interview to the Konrad Adenauer Association saying: “We must consider that the German state’s protective attitude towards the Gulen movement is the main factor affecting relations with Turkey. It is impossible to explain this situation (even to the Kurdish population and opposition parties) to anybody in Turkey.” This means that Germany should be encouraged to listen closer to Turkey’s view on this issue.

In Germany, it is often said that coup-plotters would face inhumane conditions and be mistreated in Turkey, violating their human rights, so they cannot be returned. However, Germany sending Afghan asylum-seekers back to their country without hesitation shows that their decision on Turkey is purely political.

This attitude has led Turkey to worry that Germany may use the FETO issue to keep the country under pressure, like they do with the PKK issue. Germany’s simultaneously launching a so-called investigation into Oksuz, one of the leading coup-plotters, and at the same time still granting asylum to putschist soldiers points to Germany’s double-faced stance on the FETO issue.

* Opinions expressed in this article are the author’s own and do not necessarily reflect the editorial policy of Anadolu Agency.

Training and equipping a separatist group against Turkey
Previous

Last exit before the bridge
Next
Loading...
Loading...
We use cookies to ensure that we give you the best experience on our website. If you continue to use this site we will assume that you are happy with it.Ok