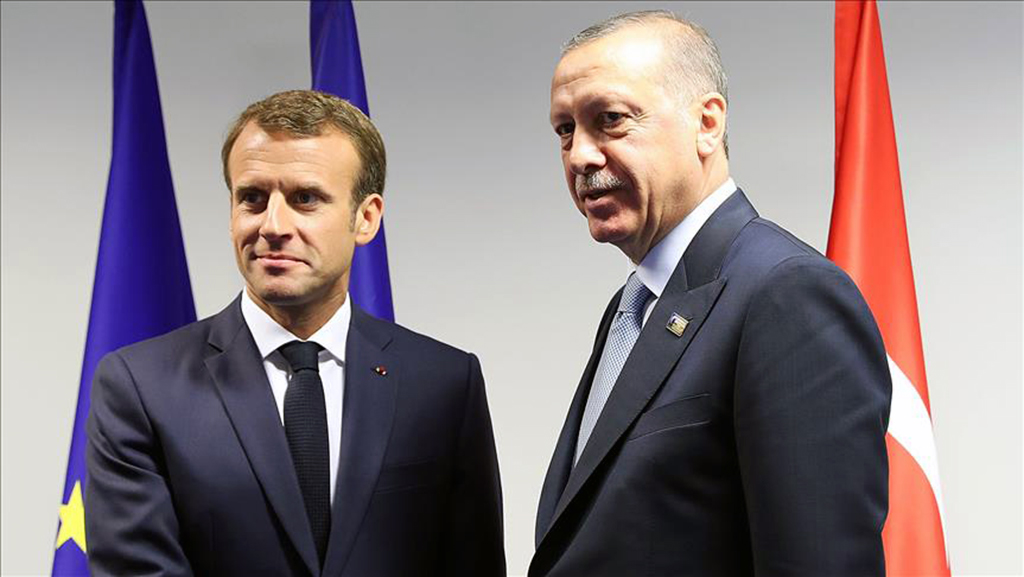 By making this new proposal, Macron's goal is to prevent Russian pressure on Europe and keep Turkey in the EU's corner without granting the Turks full membership

French President Emmanuel Macron missed no opportunity to urge the European Union to create a “strategic partnership” with Turkey and Russia. As a matter of fact, he raised the issue twice in one week.

First, he warned that Europe could not count on the U.S. and called for a strategic partnership with Turkey and Russia. But he later made an addition to his initial remarks by saying that Recep Tayyip Erdoğan’s Turkey was not the same as Mustafa Kemal Atatürk’s Turkey and could not become an EU member due to its “pan-Islamist” agenda.

Most recently, the French president called for the modernization of Europe’s relationship with Russia in Helsinki and stressed that the EU’s new strategic relationship with Turkey must cover defense issues. This proposal reflects an interest in rapprochement with Moscow and represents an effort to redefine Europe’s existing relations with Ankara. It attempts to replace both full membership and privileged partnership with the currently ambiguous “strategic partnership.” Hence the Turkish foreign ministry’s response noting that Turkey and Europe are already strategic partners and reiterating Ankara’s commitment to the goal of full membership.

Macron wants to preserve Europe’s stability and safety at a time when Washington’s global engagement undergoes major changes. He understands that Europe will face new threats in the absence of a balanced and constructive relationship with Turkey and Russia. Needless to say, the EU cannot stay in its current shape, let alone implement the idea of an independent and strong Europe, if it fails to take the necessary steps now. Adding Brexit to the mix, the EU seeks to further integrate its internal structures and create a common foreign policy and security framework.

Macron’s goal is to prevent Russian pressure on Europe by making this new proposal and to keep Turkey in the EU’s corner without granting the Turks full membership. After all, European democracies depend on Turkey in the war on terror and to stem illegal immigration.

It would be unrealistic for European leaders to expect the Turks to work as hard as they have been since 2011 in those areas. Europe cannot survive as a fortress with increasingly higher walls around it. In the end, chaos fueled by racism, xenophobia and Islamophobia would lead to its collapse from within. It is a welcome development that recent tensions between Turkey and the U.S. seem to promote rapprochement between Turkey and the EU. In recent weeks, German Chancellor Angela Merkel and other European leaders made positive statements that served to de-escalate tensions that had been building up since the 2016 coup attempt in Turkey. Likewise, it is noteworthy that Ankara convened the Reform Action Group to stress the need to expedite EU reforms. Nonetheless, the rapprochement between Turkey and the EU is unlikely to take place within the ambiguous framework that Macron laid out.Under the circumstances, there are three options available to Ankara and Brussels, and each option entails certain challenges and opportunities.

The first option is to revive Turkey’s accession process. As Ankara concentrates on comprehensive reforms, Brussels would have to assist Turkey’s war on terror. The two sides would (have to) update their customs union agreement and conclude the visa liberalization process. They would maintain their commitment to full membership by discussing all other issues over the long term.

Alternatively, the EU could keep in mind Brexit and offer the Turks some type of privileged partnership akin to Merkel’s proposal. In doing so, Brussels and Ankara could develop a solution – similar to the emerging agreement between Britain and the EU – to facilitate Turkey’s integration.

The third and final option is to discuss the French president’s proposal, which would facilitate low-level strategic cooperation and put Turkey in the same category as Russia. The emphasis here is on the word “discuss,” as this option, unlike the first two road maps, would fail to promote Turkey’s integration into Europe and therefore be limited to rhetoric.

To be clear, Turkey cannot be balanced out without some level of integration. Nor would the EU be able to manage the side effects of Ankara’s strengthening relations with Moscow in the absence of integration.

Macron’s proposal, which reflects Turkey’s current need for financial support and comes with the charge of Islamism, hardly amounts to an affirmative agenda. It would be best for the French president to revisit his position on this issue.

Is it the end of Turkey-US partnership?
Next
Loading...
Loading...
We use cookies to ensure that we give you the best experience on our website. If you continue to use this site we will assume that you are happy with it.Ok