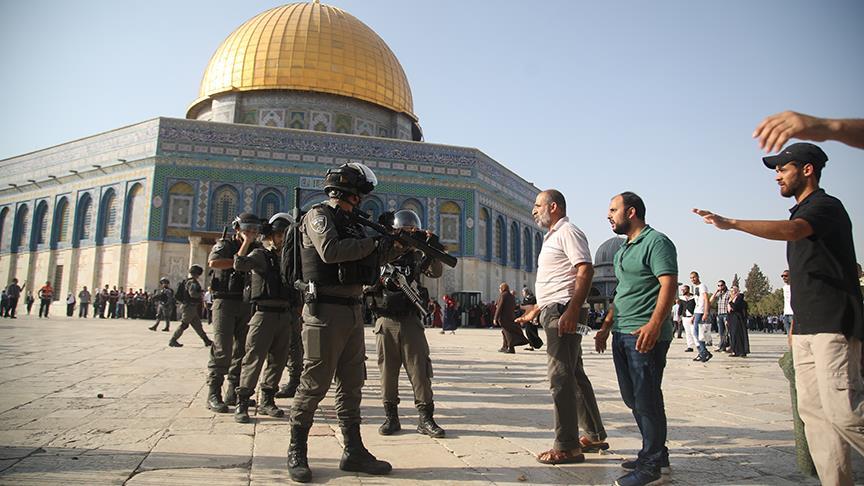 How should we understand US decision on Jerusalem

The U.S. will recognize Jerusalem as the capital of Israel and move the U.S. Embassy from Tel Aviv to Jerusalem. This sparked anger and reactions from the Middle East and Europe, and before the decision, many leaders around the world tried to reach out to the White House to stop the president from declaring his decision.

Last Wednesday, U.S. President Donald Trump made his most controversial decision in foreign policy, and to keep a campaign promise, declared that the U.S. will recognize Jerusalem as the capital of Israel and move the U.S. Embassy from Tel Aviv to Jerusalem. This sparked anger and reactions from the Middle East and Europe, and before the decision, many leaders around the world tried to reach out to the White House to stop the president from declaring his decision. Since then, scholars, observers and policymakers around the world have been discussing this decision, its cause, process and its possible implications. Now, this enterprise of trying to understand U.S. foreign policy has become extremely significant due to Trump’s increasing unpredictability and potential risks that this can bring to the stability of the international system and regional order. Although many have considered this decision as the most predictable foreign policy decision for Trump to make, it still raises questions about the motivations and process of U.S. foreign policy making as well as the consequences of such a decision.

Since the declaration of the decisions, the first debate has been in regard to the cause of this decision at such a critical time in one of the most volatile regions of the world. Although the president called the decision as for “the best interest” of the United States, many have questioned how the decision can advance and promote U.S. interests and how such a foreign policy can contribute to U.S. power and influence around the world. Especially given the urgency of other issues in the region, including the civil war in Syria, the situations in Iraq and Yemen and the tension among the Gulf countries, many questioned what makes this decision a priority for U.S. foreign policy. Because of the absence of any such explanation from the president or his foreign policy team, many have focused on its domestic motivations. Speculation ranged from the willingness to keep a campaign promise to the goal of distinguishing himself from former presidents. For some, this decision will consolidate the base of Trump voters, especially among the more conservative segments of the American population. There are even some who emphasize the willingness to distract attention from the domestic troubles he is having. This debate will continue in the coming months, and there will be different speculation about the timing of the decision. This debate will be important to understand the definition of national interests in the United States and to recognize what shapes U.S. foreign and security policy.

A second debate is a now well-known question regarding the process of U.S. foreign policy making. Just like in the 1990s when U.S. foreign policymakers used to ask who they should call in order to talk with Europe, there is now the question of who one should listen to understand the U.S. position on certain issues. Trump has tried to be crystal clear in his statements and responded to questions about the differences of opinion in his cabinet with a buck stops here type of answer. He said in an interview last month after a disagreement with Secretary State Rex Tillerson that the one that matters is himself. However, this does not clarify all the questions about the future of the process. For one, Tillerson does not seem to be very invested in the decision. Reports also demonstrated that both Secretary of Defense James Mattis and Tillerson objected to Trump’s decision on Jerusalem. A few days before the announcement of this decision, National Security Advisor H.R. McMaster told the press that he did not know if Trump would move the embassy in Israel. This is reminiscent of the low-intensity disagreement that the administration keeps having in each and every foreign policy issue since the inauguration. And it confuses people around the world in terms of actors and factors in U.S. foreign policy.

Finally, another important question is about the decision’s implications concerning U.S. foreign policy. So far, many have argued that this decision is no different than other U.S. foreign policies in the region. Thus, it may be a single decision, not part of strategy or long-term planning. So, it is not clear what comes the day after. This day after plan needs to touch on the isolation of the U.S. from most of its traditional allies, such as many members of the EU, Britain and Turkey. These allies objected to the unilateral move, putting the U.S. in a lone position. It will also need to manage the reaction to U.S. foreign policy around the world, and it needs to clarify what the U.S. role will be in mediating talks and resolving disputes in the region. Statements and reactions from Palestinian officials demonstrate that the credibility of the U.S. as a mediator in disputes is in question. And since the peace process and achieving long-lasting and sustainable peace in the region has been the priority of U.S. foreign policy for decades and since the president mentioned the word peace 14 times in his short speech with different combinations (advance the cause of peace, a lasting peace, pursuit of peace, advance the peace, achieving peace, tribute to peace, a lasting peace agreement, hope is for peace, the future of peace), it is important to clarify what is Trump’s plan for peace and how this will contribute to the peace process. All of these questions are important to understand the question of Jerusalem and the future of U.S. foreign policy.