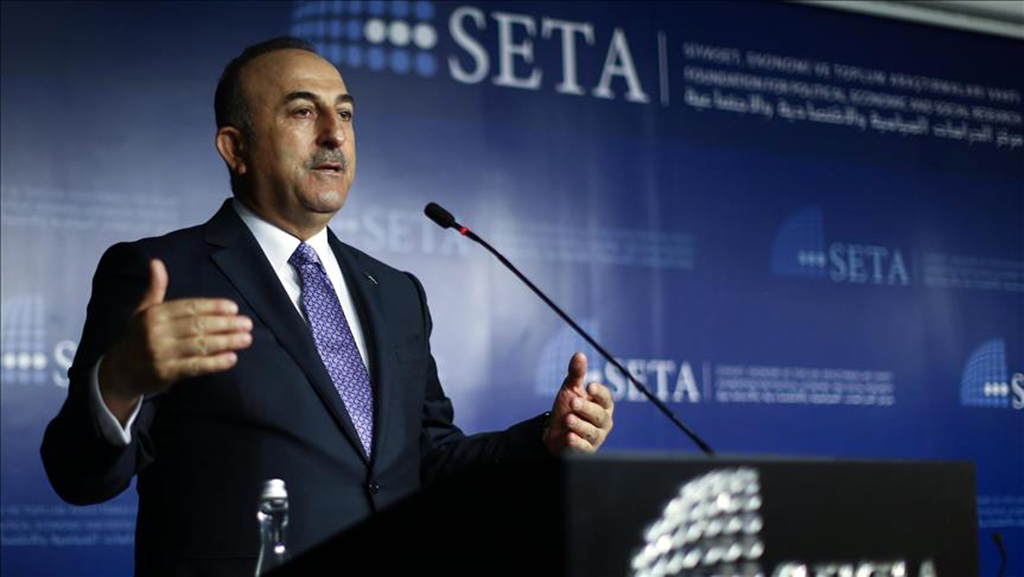 Europe should not wait for Muslims to be burned in gas chambers, Mevlut Cavusoglu says

The Turkish foreign minister on Wednesday urged European countries to include Islamophobia as a crime in their constitution, without waiting for a Holocaust-like situation to unfold.

“We should ensure that Islamophobia is included in [European] constitution as a crime clearly,” Mevlut Cavusoglu said during an event at capital Ankara marked to unveil the latest European Islamophobia Report (EIR).

“There is no need to relive Auschwitz or wait for Muslims to be burned in gas chambers like Jewish people,” he said, referring to the Nazi concentration camp in Poland and the Holocaust.

Cavusoglu said that hate speech, which is a crime in Europe, is still used by politicians.

He recalled that populist politicians in Europe, especially in Germany, used anti-Turkey discourse and Islamophobia to win elections.

The EU’s largest economy has witnessed growing Islamophobia and hatred of migrants in recent years, triggered by propaganda from far-right and populist parties who exploit fears over the refugee crisis and terrorism.

The far-right AfD became the third-largest party in Germany’s federal parliament after winning 12.6 percent of the vote in federal elections last year.

Not restricted to politicians

Cavusoglu said that Islamophobia is not restricted to politicians but also extends to civilians and the media.

“There is another problem: the press in Europe. Today, we are unfortunately seeing that the European press is also joining or sinking into the populist flow,” he said.

“When we observe the language used by the media, hostility towards migrants and foreigners, and Islamophobia is obvious.”

He criticized European politicians for their lack of action against rising incidents of Islamophobic assaults.

“Europe does not regard Islamophobia as a hate crime and it is not seen as another form of racism, especially by the politicians,” he said.

The Islamic houses of worship across Europe have endured dozens of attacks over the past three months as attackers attempted to arson them with Molotov cocktails or spray-painted terror symbols or racist slurs on the walls. Luckily, the attacks caused no casualties.

Germany takes the lead in hate crimes against mosques, as over 30 of them, were targeted in such attacks in the first three months of this year — double the figure in the same period last year.

Ten out of 31 attacks were perpetrated by far-right groups while remaining 21 assaults were conducted by PKK/PYD supporters as the group threatened to carry out violent acts against a Turkish counterterrorism operation in Afrin, northwestern Syria.

Cavusoglu said that non-existing terminologies such as “Islamism” are also repeated by European politicians and the media which lead to false perceptions of Islam.

“There is only one Islam and its meaning is peace,“ he said.

Turkey's foreign policy shaped by interests, not ideology
Next
Loading...
Loading...
We use cookies to ensure that we give you the best experience on our website. If you continue to use this site we will assume that you are happy with it.Ok