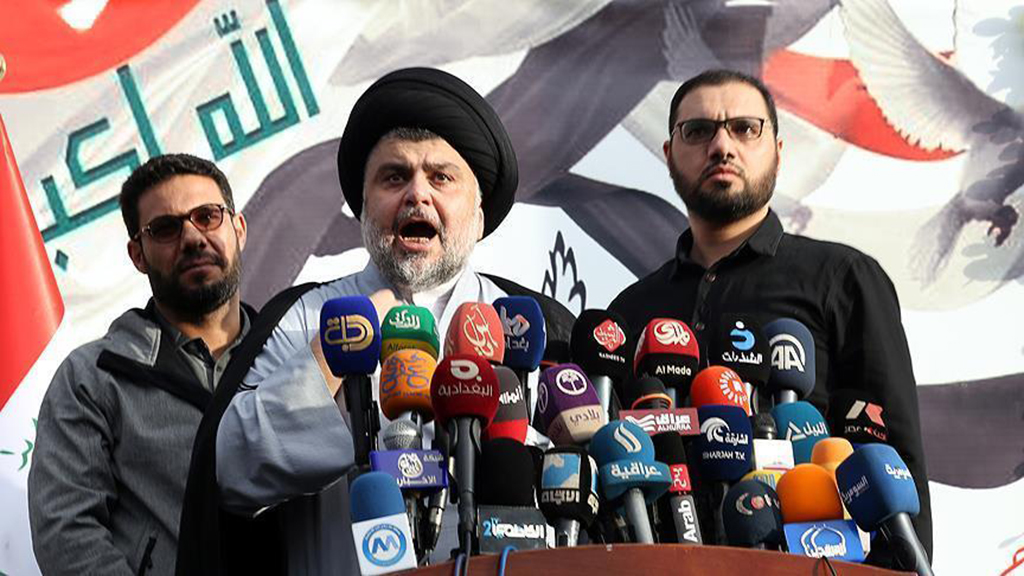 Elections, power struggles and the future of Iraq

Regardless of what coalition forms in Iraq, the new government will face the problem of ensuring political stability, government control over non-government groups and encouraging normalization among different ethnic and sectarian elements

The Iraqi elections, and the disputes that followed, are over and left behind. Debates about electoral fraud do not seem to have changed the outcome. When compared to its last elections in 2014, significant changes and surprises took place. The rise of Shiite cleric Muqtada al-Sadr’s Saairun Alliance (Alliance towards Reforms), the defeat of Nouri al-Maliki’s State of Law Coalition and the performance of the Fatah Alliance, which ran in the elections for the first time to name a few.

Prime Minister Haider al-Abadi’s government fought Daesh, prevented the secession of the Kurdistan Regional Government (KRG) under Masoud Barzani and brought Kirkuk under the control of the central government, but could not convert these achievements into electoral success.

Instead of the State of Law Coalition, he chose to run in the election for the Victory Alliance, thus saving himself from the former’s defeat.

Kurdish parties, on the other hand, have kept their parliamentary seats in spite of internal disagreements. These results suggest that there was no voter realignment between ethnic and sectarian blocs and that the electoral shift was largely “intra-bloc.”

As soon as election results were announced, debates about forming a government began and all eyes were on Muqtada al-Sadr and his Saairun Alliance, which came first in the polls.

The Shiite leader is known for easily changing his stance and opposing both U.S. and Iranian interference in Iraqi politics. His hostility towards the U.S. dates back to the invasion of Iraq in 2003. Despite his hatred for Saddam Hussein, al-Sadr never considered the U.S. invasion of Iraq and the toppling of Saddam legitimate.

On the contrary, he has developed an anti-invasion discourse and emphasized that Iraq should be governed by its founding elements. According to al-Sadr, Saddam Hussein’s regime was a “small Satan” and the U.S. is the “great Satan.” His “Mahdi Army” even fought the American forces.

However, he has not hesitated to fill the vacuum left by the U.S.-led overthrow of Saddam regime and became an influential actor in Iraqi politics. Though he has maintained close ties with Iran at times, he never renounced the quest for autonomy. Al-Sadr’s strongest leverage against Iran is his rhetoric of an independent Iraq that follows a blend of Shiism and Arab nationalism.

Currently, al-Sadr maintains a distance with both Iran and the U.S. Before the elections, some Iranian officials even said they would prevent al-Sadr from forming a government. The U.S., on the other hand, has refrained from making any statements.

Meanwhile, he has held intensive talks with all actors. It seems that he is willing to form a government and is probably ready to make some concessions for this. For instance, he may tone down his anti-U.S. rhetoric. Since he has no chance of becoming prime minister, as he did not run in the elections, al-Sadr may leave this office to al-Abadi. In short, the question of who will form a coalition is closely related to the nature of the prospective government.

Forming a fully pro-Iranian or pro-American government is not reasonable within the current political situation. Indeed, a lot of parties ran in the elections with similar promises. The new government should balance both Iranian and U.S. influence and focus on structural problems. Whether that would be possible at a time when the U.S. and Iran are increasingly at loggerheads, remains to be seen.

Formation and effective functioning of the government depends on concessions to be made both by political parties as well as the U.S. and Iran. These actors acting with maximalist demands would bring the Iraqi government to a political deadlock and create a power vacuum. Moreover, there can even be clashes among armed groups. In this regard, the election of the president and parliament speaker ahead of the formation of the new government will be an important indication.

The U.S.-Iran Struggle for Iraq

What will influence the government formation process – as much as the election results – is the U.S.-Iran struggle for influence in Iraq. It must be remembered that after initial efforts to form a government after the 2014 elections failed, a new government could be set up only when these two countries reached an agreement and the U.S. persuaded the Kurdish parties to that end.The fact that two influential figures in the Middle East, commander of the Iranian Revolutionary Guards’ elite Quds Force Gen. Qasem Soleimani and U.S. President’s Special Envoy for the Global Coalition to Defeat IS (Daesh) Brett McGurk, have been conducting talks in Iraq immediately after the elections is the most obvious sign of this struggle.

Given the measures the Trump administration announced after withdrawing from the Iran nuclear deal and an increasingly harsher rhetoric towards the country, this conclusion becomes all the more relevant.

The announced measures include countering Iranian proxies in the Middle East. Let’s remember that the largest armed groups affiliated with Iran operate in Iraq. Further, incorporating the Shiite paramilitary group Hashd al-Shaabi into the Iraqi military and granting it an official status is also important in that respect.

It’s not hard to predict that the U.S. will deal with these groups, not only on its own but also through governments and actors close to it. In such a case, it would try to integrate into the new Iraqi government actors that it considers friendly. It is known that McGurk is conducting intensive contacts with the Kurds, trying to motivate them to act as a bloc.

But the U.S. strategy faces certain challenges. First of all, it must be noted that Shiite parties emerged stronger from the elections. Al-Sadr’s anti-American stance and the power of the Al-Fatah bloc, which is led by Hadi al-Amiri, a commander of Hashd al-Shaabi, are among these challenges. It will not be possible for the U.S. to achieve balance through al-Abadi. Thus, it will have to make a lot of sorts with al-Sadr and keep Kurdish and Sunni parties in the game.

Regardless of which coalition forms it, the new government will face some structural problems. Ensuring political stability and government control over non-government groups and the areas under their de facto rule, along with achieving normalization appear to be the main challenges.

Mere elimination of terrorist groups is not enough for ensuring political stability. Reforging ties with Sunni groups in particular and Sunni population in general, normalization of relations between ethnic and sectarian elements and reconstruction of areas liberated from Daesh stand out as basic issues.

Also, there is a need to provide necessary conditions for the normalization of life in the country and for the functioning of everyday services like health care and education. Otherwise, Daesh would inevitably rise again and obtain greater support from a wider sociological base. These issues were addressed during a recent meeting of al-Sadr and al-Abadi, besides with their willingness to form a technocratic government, is a promising development.

Another quite important problem is the presence of armed non-government groups. Emerging after the invasion of Iraq in 2003, these groups have become stronger following the rise of Daesh. While some have a local character, a good part of them are considered as Iranian proxies. As in the example of Hashd al-Shaabi, the institutionalization of these groups makes the problem more serious. Incorporation of these groups into the Iraqi army and granting them official status facilitates their control. However, their acting as a “parallel army” and refusing to integrate with the armed forces would continue to be a significant problem in terms of rebuilding the security sector and ensuring healthy civil-military relations.

The power vacuum that was created by the U.S. withdrawal from Iraq after 2011 has also affected Turkey’s relations with that country. With the PKK becoming an ever-greater threat from 2015 onward and with the Kurdistan Regional Government’s insistence on independence, Turkey has re-evaluated its policy towards Iraq. In the current situation, it can be said that the basic parameters of Turkey’s Iraq policy hold: the fight against PKK, territorial integrity of Iraq and protection of Turkmens. Actually, the developments during the last year indicate that the two countries agree on these points.

Obviously, Turkey has established its relations with Iraq’s central government, Iran and the U.S. on the basis of these parameters. Hence in the near future too, Turkey will keep a close eye on the PKK, which persistently seeks an ally in Iraq with the intention of gaining ground and politicization. In this context, the cooperation that has been developed recently with the central government in this area will remain a priority for Turkey in the future as well. Turkey expects the central Iraqi government to improve cooperation regarding the PKK’s activities against Turkey. The progress to be made on this matter would also clear the way for Turkey’s economic relations with Iraq and increase Turkey’s contributions to the reconstruction of Iraq.

Targeting Syrian refugees: The most dangerous strain of populism
Next
Loading...
Loading...
We use cookies to ensure that we give you the best experience on our website. If you continue to use this site we will assume that you are happy with it.Ok