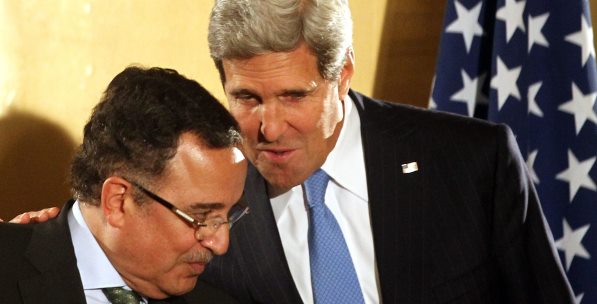 Egypt, Coup and the United States

At the moment, the Middle East is going through turbulent times. It is clear the end of this political crisis is not near.

The result of the United States’ test in the Middle East since the occupation of Iraq is the series of breaking points it is going through right now. It is high time that the American policies, which have only been perceived in terms of occupations and the scales of power in the legitimacy bubble of 9/11, are put on the table for a closer look. With its occupation of Iraq, America, whether intentionally or not, triggered the fault lines in the region. America’s relationship with the region got even more complicated after the Arab uprisings. Obama, who took office after two terms of neocon administration, at first, gave signals of a different foreign policy path. Nevertheless, despite indications of their determination to make up for the harm done in the Neocon period, the Obama administration failed to follow a tangible and unwavering policy in the region. He preferred the antidemocratic, but risk free world of the old order, to the more democratic but unpredictably, ambiguous world of the new order.

The old regime in Egypt, which has been the headquarters of the Arab uprisings, by the end of 2012, was already explicitly signaling their intent to take control of the country with a coup. At the end, the old regime chose to oust Egypt’s first democratically elected president Morsi, not with a traditional coup d’état, but by the same method Mubarak was ousted, by mobilizing the people on the streets. Despite knowing fully what this anti-democratic mobilization that began in the last months of 2012 entailed, the U.S. did not extend any support for the protection of Egypt’s first democratic political scene. On the contrary, in the light of information leaked after the coup, it seems that, not only the groups that took to the streets were supported by U.S. funds, but the U.S. turned a blind eye to the Gulf countries’ provocations in Egypt. On top of all this, by not declaring the coup a coup, the U.S. also gave Sisi room to maneuver.

The American Secretary of State John Kerry, who declared the coup in Egypt was in fact “restoring democracy,” made Washington’s stance on the issue clear by visiting Egypt and Saudi Arabia during the same trip. In short, America allowed more leeway to the Sisi regime than it had allowed any government that took office in the Middle East in the aftermath of the Arab Spring. It is possible to interpret all this through the primitive real politics and American interest lenses. A statement that asserts Arab uprisings were gone forever, not to return, even though we have only witnessed its first wave, would not be problematic for a real political reading. However, those who have a little bit of common sense and know a thing or two about the region are saying something different.

At the moment, the Middle East is going through turbulent times. It is clear the end of this political crisis is not near. In other words, what we are experiencing is the collapsing pains of the Camp David order. The genie is out of the bottle. Neither Sisi’s bloody coup, nor al-Assad’s massacres; neither the Gulf money nor American political power are enough to put the genie back in the bottle. Hundreds of millions of people in the region are demanding a fundamental right; they want to be governed by administrations that come to power through fair elections. That is to say, Kerry’s visit to Sisi gives only one message: The United States, not only does not have any problems with a coup regime that imprisons the legitimately elected leaders of the world, but it gives its support. The United States will have to struggle to get out of the hole dug by this message for years to come.

And the Morsi Case Begins
Previous