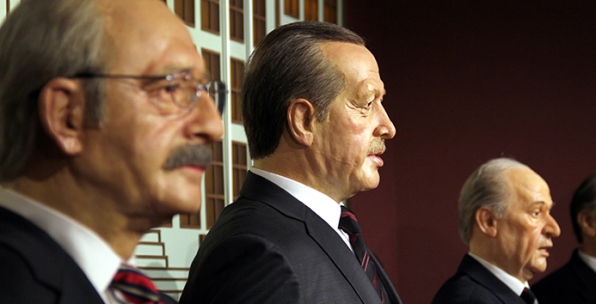 Why is democratization, even regarding fundamental human rights issues, often delayed in Turkey?

Why can’t some mundane issues that should not even be considered problems in mature democracies be resolved? The questions posed here have responses relating to both the past and present. Turkey is still paying the price for the trauma of transitioning from a multilingual and multi-religious Ottoman state to the unitary nation state. In other words, no matter how much we analyze, no matter how deep we bury ourselves in academic details, there is one fact – the cost of Kemalism that emerged with the foundation of the Republic and its violent implementation has still not been paid in full.

The heavy cost of ungiven “rights,” as a result of transitioning from the multicultural and complex Ottoman state to a primitive secular nation state model that is clearly foreign to these lands was, to a certain extent, unavoidable. Unfortunately, the “Kemalist trauma,” having grown into the state ideology over the last century, became the most basic instrument for the repression of basic rights. Even when the republic moved to a multiparty political system, any serious steps toward establishing basic human rights were prevented, especially by the military-judiciary tutelage regime formed in the aftermath of the 1960 coup. The first serious wave of democratization did not take place until the beginning of the 2000s. The secular nation state ideology had considerably transformed the society with its heavy-handed demographic engineering. As such, some issues that would have normally been considered basic human rights became objects of collective fear. Differences in language and the role of religion came to be perceived as threats not only by the state, but also by some segments of society. This led to the poor scorecard of political parties on issues of democratization.

The same problems underlie the ruling Justice and Development Party’s (AK Party) strategy to spread democratization movements over a decade. Democratization in Turkey for the last decade was gradual. Democratization efforts in the fields from which the military-judicial tutelage regime had retreated were quicker and more visible. At a time when the bureaucratic tutelage has been weakened, the only obstacles that remain in front of democratization are the collective social fears fed by the official ideology for decades. The main opposition and the nationalist parties, who use these collective fears as a platform for their politics, hold enough power in Parliament to prevent democratization from taking place at the constitutional level. As such, the duty to convince the Kemalist and nationalist parties falls on Prime Minister Recep Tayyip Erdoğan. This is, in fact, a mission impossible. For instance, the Constitution needs to be purged of some articles left over from the 1980 coup. If these articles are removed from the Constitution, Turkey will have managed to alleviate the pressure on different identity groups. Unfortunately, both opposition parties have built their strategies around the preservation of these articles in the Constitution. These articles that the parties are insisting on keeping also constitute the basis of both the Kurdish issue and the religion-state relations in Turkey. At this point, both what the future democratization efforts entail and more importantly how expedient they will be depend, not on Erdoğan administration, but on the opposition. Unless the opposition makes a move soon, democratization in Turkey will have to come gradually in “mini democratization packages.”

Turkey's "Zero Problems" Era in the Balkans
Next
Loading...
Loading...
We use cookies to ensure that we give you the best experience on our website. If you continue to use this site we will assume that you are happy with it.Ok