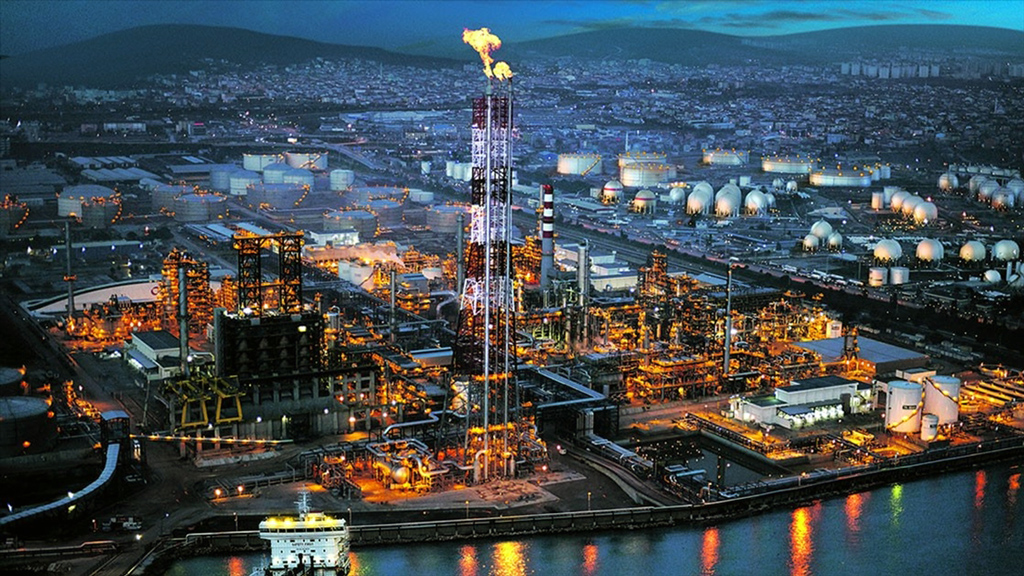 As the new type of coronavirus epidemic transformed into a pandemic, transportation and industry came to a halt, rapidly lowering world oil prices. Despite the decline in oil demand, the continuation of oil supply at pre-pandemic levels is shown as the most important reason for this decline.

For the first time in history, the countries’ oil storage capacities have reached a filling point, resulted in the price for a barrel of West Texas Intermediate crude oil sharply curtailed Monday, falling into negative territory.

Oil sellers had to pay money to give their oil to buyers. This situation, which is against the usual flow of energy markets, is an important sign in terms of showing how the COVID-19 outbreak has reduced demand in the energy sector.

It is estimated that the pandemic will have far more damage to the energy sector and economies than the 2008 crisis did. The state of the energy markets, which appears to have reduced oil demand by a third, remains uncertain due to the possibility of further expansion of the pandemic.

OPEC and Russia’s historical 10 million barrel cut-off decision could not prevent the oil prices from falling further in the face of the serious drop in demand of oil produced and consumed about 100 million barrels daily before the pandemic.

The US, where the coronavirus’ crisis was felt the most, is the world’s most oil-producing country. The country, where shale gas and oil production increased rapidly, became the oil-exporting country in 2019 after 67 years.

The energy markets in the US, which can produce more than 10 million barrels of shale gas daily, require oil prices to be around $50 to survive. The fact that prices see the bottom is interpreted as putting out the fire of shale gas and oil revolution in the US.

In the 2008 financial crisis countries depending on oil revenue had economical problems. It is currently estimated that the COVID-19 pandemic will destroy far more on the energy sector and economies than the 2008 crisis. The fact that oil prices return to their glorious days, such as 100 dollars, is now seen as a distant possibility.

It is a harbinger of black days for countries whose economies depend on energy exports. It is envisaged that these economies will have to turn towards savings, or they will have to find more debt to survive.

Energy companies that buy and sell oil in the US are doing this through the stock market. Since the market was determined a month ago, the production of the purchased oil has not been made yet.

These energy companies, which sell their oil until the delivery date one month later, do not require storage. However, the demand for petroleum taken together with the COVID-19 pandemic has decreased rapidly.

In fact, these oil trading companies, which do not have storage space, had to sell oil by paying for buyers. So the energy companies paid for up to $40 a barrel, and dismissed them.

The world, which produced 100 million barrels of oil a day in 2019, was consuming this amount at the same time. Naturally, there was a balance of supply and demand.

With the COVID-19 outbreak, the industrial wheels began to spin more slowly and the means of transportation began to be used less. This situation caused the demand for oil to decrease by 30% in a short time. However, surplus oil in the market started to increase as oil production did not decrease at the same level.

Even the decision of cutting 10 million barrels taken by oil-producing countries in the OPEC+ group was not enough to solve the problem of excess supply. This decision in cutting output is still low in comparison with market conditions and set to begin in May.

Therefore, it led to both an increase in strategic oil stocks and a decrease in the market influence of OPEC + members. An amount of oil as much produced by OPEC had to be withdrawn from the markets to balance supply and demand.

However, it was too hard for OPEC members whose economies are dependent on oil to make this major production cut. Therefore, demand revival for a rise in oil prices is another solution.

In a predictable energy market for the energy producer and consumer, it is expected that prices are reasonable and energy is always accessible. Low prices mean fewer investments made by the manufacturer.

This current situation will make the production decline in the future so that there will be insufficient oil in the markets. Thus, entering a period where oil prices will rise very rapidly is ominous for the consumer.

In a scenario in which energy prices are high, the production activities will decrease because the costs will increase. In the sense of energy security, it is extremely important to create reasonable prices for both the consumer and the manufacturer.

Is it a global recession?

Many scientific articles have discussed the direct relationship between energy demand and economic growth.

So if a country starts using energy efficiently, energy consumption may not increase despite economic growth.

The decline in recent energy demands is a precursor to the deep global recession. When we look at the estimations published by the international institutions regarding the economic expectations in 2020, it is seen that they are merging that the world economy will shrink.

However, there are different estimates about how much this shrinkage will be. The most important reason for these differences is the uncertainty about how long the pandemic will continue and whether a second wave will emerge.

The country is in a position of dependence on foreign energy, with 93% petroleum and 99% natural gas being imported from abroad.

In the period of high energy prices, Turkey used to pay up to $60 billion of the energy bill, and with the oil prices falling to the levels of $50-60, the amount paid for energy bill decreased.

With recent falls in prices, there is no doubt that the country, whose energy bill totaled $41 billion last year, will pay less in the upcoming period.

Yet the decline in world energy prices means the deterioration of the world economy which is not in favor of Turkey’s economy. It will have difficulty in exporting goods and services abroad. Additionally, since Turkey has been in economic cooperation with oil exporter countries, which are in the. worsening economic situation, it will lose a market and investment in these countries.

Low energy prices may seem like in Turkey’s interest in the first stage yet it will adversely affect its energy companies. With the slowdown in the industry, the demand for energy will drop and the energy-producing firms will suffer from the increasing competition conditions as a result of the failure of using their full capacity.

This means that some energy companies with high indebtedness rates in the sector will have a harder time. Turkey has been developing policies to remain in the lower extent of the damage, giving support to companies suffering from virus-driven economic difficulties. Recent developments in other countries, of course, will inevitably affect Turkey as well.

The future of the Turkish energy market will rely on how fast will the global economy recover the aftermath of the crisis. During this period, Turkey giving support to firms to keep them above the water will be a boost for the economy and energy markets.

'Money Heist' in the days of coronavirus: Houston, we have a problem!
Next
Loading...
Loading...
We use cookies to ensure that we give you the best experience on our website. If you continue to use this site we will assume that you are happy with it.Ok