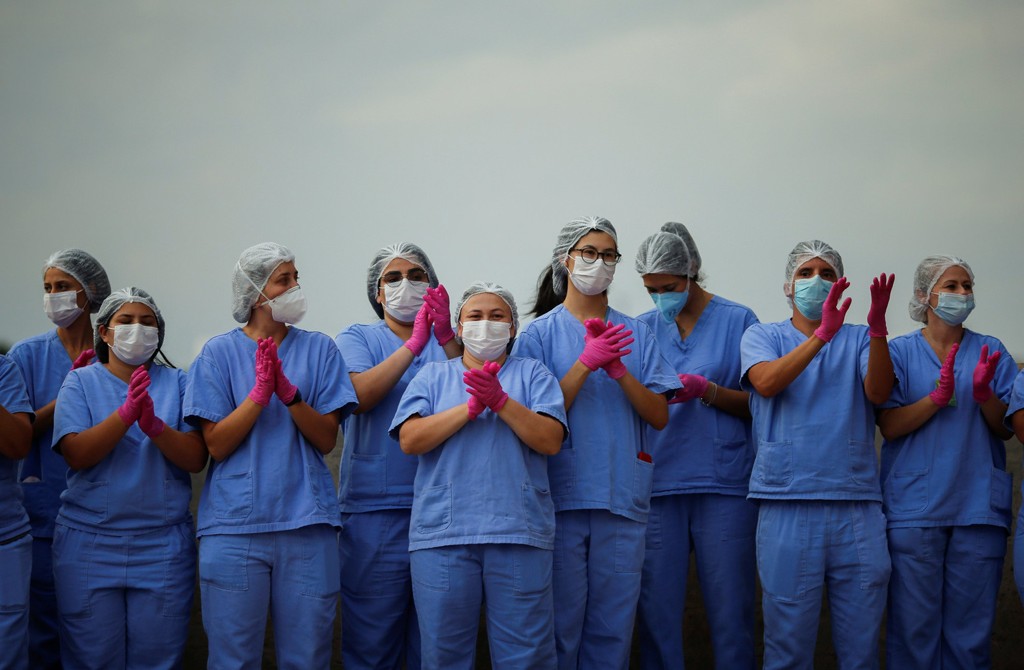 After a spike in the number of COVID-19 cases over the past few weeks, many observers and experts have started to talk about a possible second wave of the outbreak, and this should not come as a surprise.

After a spike in the number of COVID-19 cases over the past few weeks, many observers and experts have started to talk about a possible second wave of the outbreak, and this should not come as a surprise.

Since the beginning of the pandemic, many experts warned that a potential second wave may emerge in the fall and winter of 2020 and 2021. The same pattern was observed with the so-called Spanish Flu pandemic in 1917 and 1918. It rose in the spring and retreated in the summer months. However, it made a terrible comeback in the fall, when the majority of the people lost their lives as a result of contracting the virus in the later months of the year.

With the increasing number of infections, some countries around the world have already started to take precautions. France has adopted stay-at-home orders for specific hours, Italy is considering a total shutdown of some cities and Britain began to adopt strict limitations on social gatherings in closed spaces.

German Chancellor Angela Merkel has already warned Germany that Europe will have to face the second wave in the coming months.

The numbers in the U.S. are also bleak. The daily new cases rose to 60,000 this week as more than 20 states saw double-digit growth in COVID-19 cases.

The situation in Asia is not much different. India is grappling with a growing number of cases, while in Iran, the numbers have started to soar again. In fact, in all different regions around the world, we have seen a rapid increase in the number of cases. These increases also put significant pressure on the health sector. In some countries, more than 50% of hospital beds are already occupied by COVID-19 patients. The doctors and experts are concerned about the rapid rise in death rates.

Given the potential for a second wave, experts have requested that people around the world abide by health and safety rules. However, most of their warnings were largely ignored in the later months of summer. In some countries, people were too hasty to go back to normal life, forgetting about the abnormal situations that we had experienced earlier in the year.

In some other countries, like the U.S., the basic precautions against the coronavirus have become a political issue. Wearing a mask or believing in scientists’ opinions about COVID-19 turned into one of the faultlines that divide the country.

In some countries, like Brazil, it took months to convince the president to believe in the existence of a pandemic around the world. When he started to show some signs of persuasion, it was already too late.

In the next few months, we will likely see a virus that once again targets people around the world. Regardless of the timetable for the vaccine, it would take some time to be able to vaccinate everyone. Thus for a certain period of time, we have to learn to be able to live with the virus.

The basic issues, including wearing masks and respecting social distancing measures, are right now the only solution to handle the crisis. Individuals should act responsibly and get ready to deal with a probable crisis in the holiday season in these countries.

The last six months showed that the problem is beyond the control of one single state and there should be collective efforts to find a solution. Increasing protectionism, xenophobia and dismissing science or scientists would not bring any positive outcome. The countries around the world should understand that we’re all in the same boat. Only the idea of common destiny can unite the world against this terrible pandemic.

Divisions, foreign policy, COVID-19: US goes to polls
Next
Loading...
Loading...
We use cookies to ensure that we give you the best experience on our website. If you continue to use this site we will assume that you are happy with it.Ok