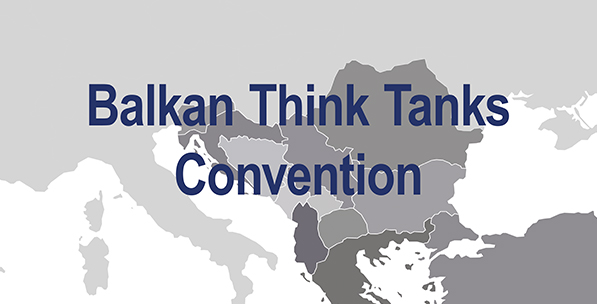 On 10-12 June 2015, a convention of Balkan think tanks was organized by the SETA Foundation, with financial support of the Turkish Prime Ministry Presidency for Turks Abroad and Related Communities (YTB). During the event, researchers from Balkan think tanks discussed various political issues faced by the region and Turkey. This report summarizes the remarks made during the workshop sessions.

The Balkans have been undergoing a difficult path since the end of the Cold War. Transition to democracy and market economy was an arduous process for people and institutions that had lived under completely different political and economic systems before. In addition, historical disputes among Balkan communities, which had largely been frozen during the Cold War, came to the fore again with new areas of competition. As a result, a number of inter-state and inter-ethnic conflicts took place in the Balkans during the 1990s. The wars in Bosnia and Kosovo showed clearly how much it needed to be done to bring a long-lasting peace and stability in the region and to ensure its economic development.

From the turn of the 2000s onwards, the EU integration process opened a new path for the Balkans by promising stability, order and economic development. The accession of the Balkan states to the European Union requires them to ensure the rule of law, a functioning market economy, and stronger democratic institutions and public administration. In order to receive the membership carrot, the Balkan states have embarked on a comprehensive reform process in all these areas.

Consequently, four states (Slovenia, Bulgaria, Romania, and Croatia) have become member to the European Union so far. Four states (Macedonia, Montenegro, Serbia, and Albania) have received candidacy status, while two (Bosnia and Herzegovina and Kosovo) are at earlier stages in their accession process. Even though the process has made the EU as the primary international actor in the region, the prolongation of the accession process has put the Western Balkans in limbo. In addition, the relative decline in its economic and political leverage in recent years has brought about the view that the EU is not irreplaceable. As a result, the six non-member states, who are still struggling with economic problems, are in the meantime looking for complementary, if not alternative, policies to speed up development and economic growth. While they continue to pronounce the EU as the first priority, they are furthering their relations with other actors, among which Russia and Turkey have lately become conspicuously active in the region. In the meantime, economic problems, shortcomings in democratization, liberalization and institutionalization, and the volatile dynamics of international politics, make the region vulnerable for destabilization.

To discuss the current political issues faced by the Balkans and Turkey, the Foundation for Political, Economic and Social Research (SETA) organized, with financial support of the Turkish Prime Ministry Presidency for Turks Abroad and Related Communities (YTB), a convention of Balkan think tanks specializing on political research. The event, which took place on 10-12 June 2015 in Ankara, was attended by researchers working at think tanks from Albania, Bosnia and Herzegovina, Bulgaria, Croatia, Greece, Kosovo, Macedonia, Montenegro, Romania, Serbia, Slovenia, and Turkey.

The convention included a two-day-long workshop, which consisted of six panels. Each panel included four interventions followed by an open roundtable discussion. The themes of the panel sessions were:

This report summarizes the remarks made during the workshop.

Toward the Post-Crisis Energy Mix
Next
Loading...
Loading...
We use cookies to ensure that we give you the best experience on our website. If you continue to use this site we will assume that you are happy with it.Ok