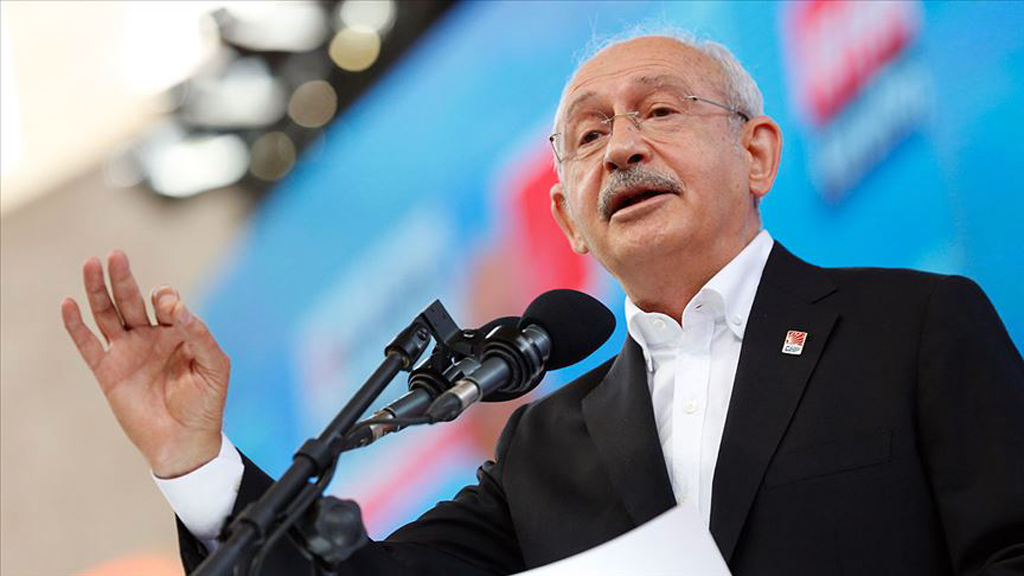 Who are Kılıçdaroğlu’s friendly advisers?

The Republican People’s Party’s (CHP) 37th Congress resulted in the strengthening of the already dominant politician, Chairman Kemal Kılıçdaroğlu, as he attempts to reshape the movement. Over the last decade, the main opposition leader has failed in every election yet increased his party’s ability to ally itself with his counterparts of choice with every passing day.

The Republican People’s Party’s (CHP) 37th Congress resulted in the strengthening of the already dominant politician, Chairman Kemal Kılıçdaroğlu, as he attempts to reshape the movement. Over the last decade, the main opposition leader has failed in every election yet increased his party’s ability to ally itself with his counterparts of choice with every passing day.

Nowadays, Kılıçdaroğlu dreams of “coming to power together with our friends,” as he prepares to form a grand coalition to challenge President Recep Tayyip Erdoğan in 2023. In addition to keeping the Good Party (IP) and the Peoples’ Democratic Party (HDP) in his corner, the CHP chairman hopes to admit recently formed parties, including the Democracy and Progress Party (DEVA) and the Future Party (GP), into the pro-opposition Nation Alliance. For this purpose, Kılıçdaroğlu conveniently ignored the ideological concerns of his party’s base and members. In my view, that policy entails the kind of flexibility needed to endorse a non-CHP candidate, such as Abdullah Gül or Ali Babacan, in the 2023 presidential election. Although Kılıçdaroğlu hopes to double down on his 2019 municipal election strategy, the CHP’s mentors appear to disagree with that plan.

The claim that Turkey was undergoing a process of Islamization, which the Western media made in reference to Hagia Sophia’s reclassification, has been picked up by people claiming to guide the main opposition party. Unhappy with Kılıçdaroğlu’s response to that decision, they complain that the CHP fails to respond harshly against the “deviations from secularism.” That group of mentors would like the main opposition party to publicly criticize the government for “undermining Mustafa Kemal Atatürk’s legacy of secularism” and urge Kılıçdaroğlu to incorporate that line of criticism into his anti-Erdoğan coalition’s platform. Although the CHP chairman has made similar arguments in the past, carefully hidden behind phrases like “one-man rule” and “the palace government,” he tends to avoid confrontations over identity. In this regard, I do not believe that Kılıçdaroğlu will engage in a war of words over rigid secularism and Islamization. Instead, he would like to keep together a loosely tied group of players through pragmatism. Here’s why:

Kemal Kılıçdaroğlu already knows that the CHP base will stay with their party no matter what (out of ideological dogmatism) yet the main opposition party cannot receive more than 25% of the votes alone. The alliance of friends, in the broadest possible terms, was developed to overcome that particular challenge. Thus the CHP chairman ignores these friends within, who call for aggressive ideological opposition, and instead turns to his friends on the outside, who know four things.

First, the CHP has not been able to reach out to the masses due to the stigma attached to the legacy of the Kemalist single-party regime. At the same time, polarization over secularism, Atatürk and religious demands, together with identity politics, play into Erdoğan’s hands. Although Kılıçdaroğlu attempted to suppress the symbolism of Hagia Sophia’s reopening with the claim that Turkey’s top imam had “cursed” Atatürk in his sermon, he may prove unwilling to take his criticism further in order to not alienate his broader circle of friends.

Secondly, there is a certain division of labor among those friends. The CHP chairman’s friends on the outside – liberals, Gülenists and pro-PKK figures alike – already push the narrative that Erdoğan is installing an Islamist regime in Turkey. In other words, Kılıçdaroğlu does not need to make that same point on the domestic front.

Moreover, the main opposition leader is aware that Turkey’s conservatives must not feel that religion is under attack. To defeat Erdoğan in 2023, Kılıçdaroğlu’s dream team would have to chip away at the ruling Justice and Development Party’s (AK Party) base – hence his emphasis on everyday economic hardships.

Finally, the pro-government People’s Alliance can spin any debate over identity politics into a perceived attack against Turkey’s independence and sovereignty and hurt the CHP. The main opposition party’s nationalist base, too, is partly affected by that line of criticism. Having talked about the Kurdish question and hoping to attract both Kurdish nationalists and secularists, Kılıçdaroğlu’s movement would prefer to engage in identity politics ambiguously. Otherwise, he fears, tensions between Turkish and Kurdish nationalists, along with secularists and religious conservatives, within the anti-Erdoğan coalition could become unmanageable.

For Kılıçdaroğlu, finding a way to appease Turkish and Kurdish nationalists, both of whom he would like to keep in his corner when it comes to the Kurdish question, represents a Herculean task. Calling on Parliament to deal with the problem at some point in the future is not really an answer either. The CHP chairman simply cannot find a middle ground with regard to autonomy – or Kurdish-language education, or the fate of the PKK cadre or the PKK’s collaboration with imperialists in Syria. He cannot respond to the People’s Alliance’s criticism by talking about the importance of an independent foreign policy either.

One thing is clear: The Turkish people will veto any friendly advice, from within or without, if it contradicts Turkey’s national interest.

Sources of Lebanon’s perennial political crises
Next
Loading...
Loading...
We use cookies to ensure that we give you the best experience on our website. If you continue to use this site we will assume that you are happy with it.Ok