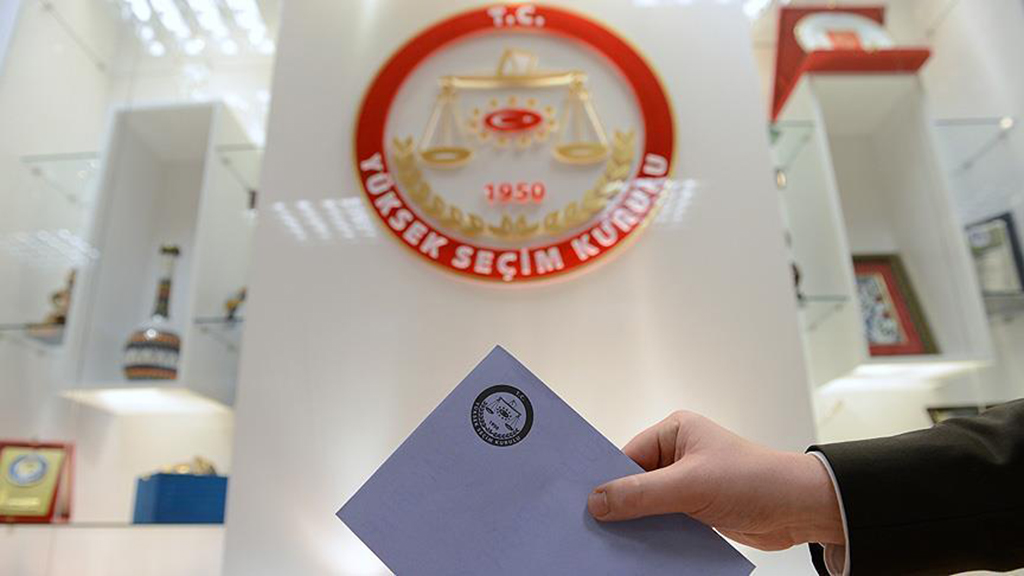 Which road should Turkey take in 2019 elections?

Political parties' debates over their campaigns for the 2019 elections have already started, signaling that 2018 will be very challenging

The 2019 elections represent the next crucial junction in Turkish politics. The campaigns will be centered on the question of why Turkey went through a turbulent period after 2013. The opposition parties will focus their attention on the final four years of the Justice and Development Party (AK Party) period, even though they consider the whole thing problematic. This was a period when interaction between domestic and foreign policy was maximized and Turkey’s image in Western capitals took a negative turn. At the same time, strategically important groups, such as liberals, leftists and Kurdish nationalists, who supported the AK Party before, joined the opposition ranks. Finally, the turbulence reached its zenith with the Gezi Park protests, the December 2013 judicial operations, the Kobani protests, the end of the reconciliation process and the July 15 coup attempt. As such, over the past four years, there have been two distinct approaches to Turkey’s problems and extraordinary developments. Of course, this is not just about accounting for the past. Instead, the discussion is closely related to the future.

How Turkey ought to address the impending chaos, which stems from Saudi-Iranian polarization and spreads into new parts of the Middle East, will be an important subject to discuss. At the same time, rival politicians will debate the counterterrorism agenda, the state of emergency and the content of harmonization laws.

Simply put, the ideological battle between the two groups will set the tone for the 2019 elections.

The first group holds the view that Turkey experienced severe turbulence mainly due to what they consider the AK Party government’s foreign policy failures. They argue that Ankara lost many friends and became vulnerable to coup attempts and had to declare a state of emergency for the same reason. Spokespeople for the Republican People’s Party (CHP), the Peoples’ Democratic Party (HDP) and the İYİ Party (Good Party) have been pushing this narrative quite aggressively. In their opinion, President Recep Tayyip Erdoğan became more authoritarian and dragged his increasingly isolated country into the Middle Eastern quagmire. To be clear, the CHP and the Good Party briefly seemed to subscribe to a revisionist foreign policy perspective by pledging to “take back the 18 islands from the Greeks.” Their idea of a solution is to remove Erdoğan and his AK Party from power.

Former President Abdullah Gül and his close associates have made a slightly milder version of the same argument. This group of people stresses the importance of dialogue, negotiations and harmony with the U.S., EU and the Gulf, and argues that Turkey ceased to be a role model and lost its soft power by drifting away from the so-called 2002 settings. The advocates of this view suggest that the AK Party stopped being itself since 2009, especially since the Gezi Park protests. Having publicly criticized a recent decree issued by the Turkish government, Gül, a prospective candidate in the next presidential race, has been consistently critical of Erdoğan’s brand of politics since 2013. He expressed concern about the government’s response to Gezi, its decision to shut down university preparation schools and its aftermath. Ahead of last year’s constitutional referendum, he made no effort to hide the fact that he favored the parliamentary system over an executive presidency. Again, this group tends to see Erdoğan’s problems with the U.S. and the EU as a dangerous effort to settle the score. Moreover, they believe that Ankara’s use of hard power to address regional problems hurt Turkish interests, complain about the state of emergency and argue that domestic turbulence has grown more serious due to the weakening of Turkish democracy. They call on the government to replace fights with diplomacy, and foreign policy offensives with taking care of one’s own home.

The second group associates the turbulence to structural problems triggered by region-wide chaos, including the establishment’s crackdown on the Arab Spring, the spread of proxy wars across the Middle East, growing regional and global uncertainty and Turkey’s abandonment by the U.S. and EU – its supposed allies – in the fight against the PKK and the Gülenist Terror Group (FETÖ).

A slightly harsher version of this view features allegations that Western governments and their allies in the Gulf have launched coordinated attacks against Turkey in an attempt to remove Erdoğan from power. The advocates of this approach believe that the July 15 coup attempt was their most recent, yet certainly not last attack. The answer, they say, is to settle the score and resist. In order to defend Turkish democracy, they argue, state institutions must be strengthened. Dialogue and negotiation in foreign policy are not enough, they maintain, provided that one must resort to force if and when necessary.

Although both groups are engaging in a discussion with reference to the effects of Erdoğan’s leadership, it is important to note that the first approach is more personalized, whereas the latter group seems to engage in a structural analysis. It is my belief that the current turbulence must be understood with reference to the dynamics of an ongoing power struggle rather than the preferences of a single leader. If former U.S. President Barack Obama, who liked to hide behind liberal values, were still in office, it could have been easier to ignore the ugly and ruthless face of global power struggles. However, thanks to the Trump presidency, which made the world of power and interest perfectly clear, to think that negotiations or soft power or standing aside would somehow help must be considered a liberal delusion unique to Turkey.

Let us take a moment to acknowledge that the world’s most powerful country is being ruled by a man who publicly accused Pakistan of supporting terrorism, cut financial aid to Palestine following his scandalous Jerusalem move and told the North Korean leader that his nuclear button was “bigger” all in the course of a single day.