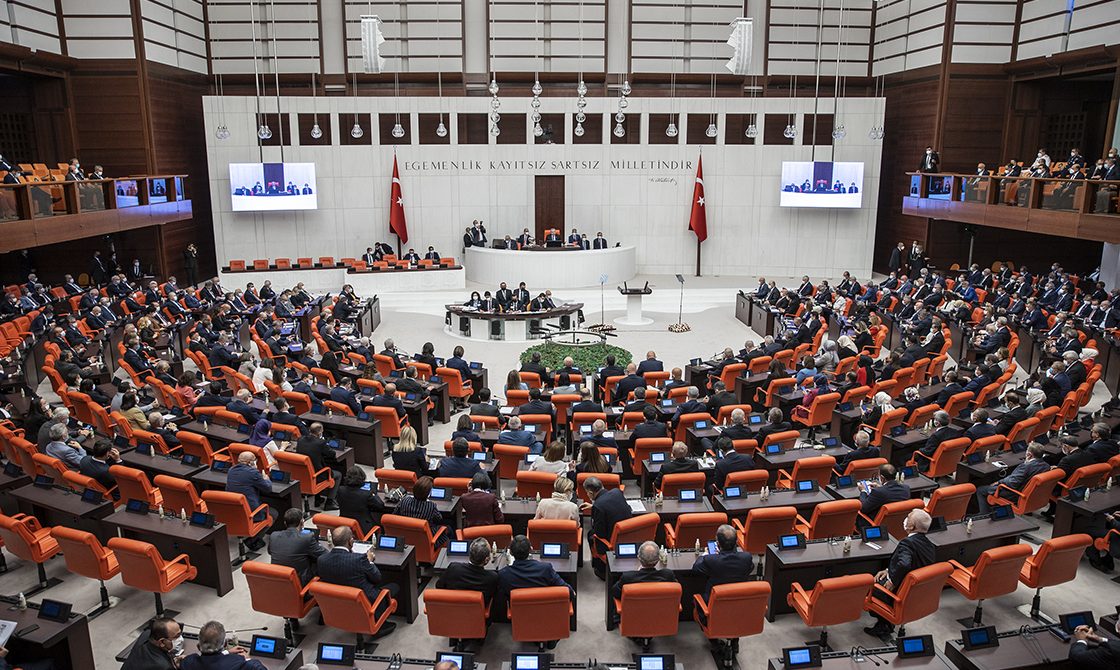 Turkish deputies during a session at the Turkish Parliament, in the capital Ankara, Turkey, September 1, 2021. (AA Photo)

What will the new election bill bring for Turkey?

The People’s Alliance submitted its proposal to amend the Election Law to Parliament. As such, the early election debate, which the opposition repeatedly tried to revive, has lost its significance altogether.

The most controversial aspect of the draft bill – which proposes eight changes, such as lowering the threshold from 10% to 7% – is its intention to significantly reduce the influence of electoral alliances over the allocation of parliamentary seats. Experts viewed that attempt to ensure that the number of each party’s deputies be determined by their respective share of the vote, instead of the bigger parties within each alliance claiming a disproportionate share of those votes, as a step toward eliminating the impact of alliances or rendering electoral alliances meaningless.

I strongly disagree with that argument.

Under the proposed rules, fringe parties, which are part of an alliance, can clear the 7% threshold and, accordingly, claim parliamentary seats from electoral districts, where they received enough votes to send their candidates to Parliament.

Moreover, remaining part of an electoral alliance remains important due to its impact on the presidential election.

Still, fringe parties will indeed lose part of their advantage and, to some degree, their ability to negotiate terms compared to the system of electoral alliances that governed the 2018 elections.

There are many claims about what motivated this new arrangement. Some say that the governing alliance seeks to drive a wedge between the six opposition parties, which attempt to work together and compel a group of fringe parties to form a third electoral alliance.

It goes without saying that the plan to reform the electoral system has caught the opposition parties by surprise. Yet their initial, highly emotional reaction struck me as exaggerated.

The new plan reflects a rationale that seeks to blend “justice in representation” and “stability of the government.” Of course, those proposed rules stand to impact the structure of existing electoral alliances.

The new plan, which should have been implemented in 2018, seeks to ensure that the fragmentation in Turkey’s party politics does not cause the country to be governed by “coalitional presidentialism” – a poor example of the presidential system, as seen in Brazil, that makes it impossible to govern.

As associate professor Nebi Miş, who serves as director of political research at the Foundation for Political, Economic and Social Research (SETA), posits that the representation of dozens of political parties in the National Assembly could corrupt that political arena rather than improve the quality of that country’s democracy.

One of the impacts of the system of electoral alliances, which the presidential system entails, was to encourage politicians to form their own parties without really considering how much popular support they would enjoy.

The accumulation of votes within electoral alliances, coupled with presidential candidates’ need to win a simple majority, gave fringe parties more power than they actually exercised.

Among other things, that situation made it harder for the pro-opposition Nation Alliance to expand or make collective decisions.

It remains unclear whether the proposed changes would negatively or positively impact the opposition. The diminishing power of fringe parties in negotiations could either strengthen or undermine existing alliances.

The possibility that the Democracy and Progress Party (DEVA), the Future Party (GP), the Felicity Party (SP) and the Democratic Party (DP) will end up having to contest the election on the main opposition Republican People’s Party (CHP) or the Good Party’s (IP) tickets (or on the ticket of one party from among themselves) would not prevent them from acting together as a united opposition front or from jointly endorsing a presidential candidate.

Whereas the CHP and the IP will lose the opportunity to claim additional seats (through the allocation of “remaining votes” as in 2018), they will clearly be more comfortable in the face of the excessive demands of fringe parties – such as equal representation and enough parliamentary seats to form a separate caucus for themselves.

Erdoğan's diplomacy makes a difference in Ukraine crisis
Next
Loading...
Loading...
We use cookies to ensure that we give you the best experience on our website. If you continue to use this site we will assume that you are happy with it.Ok