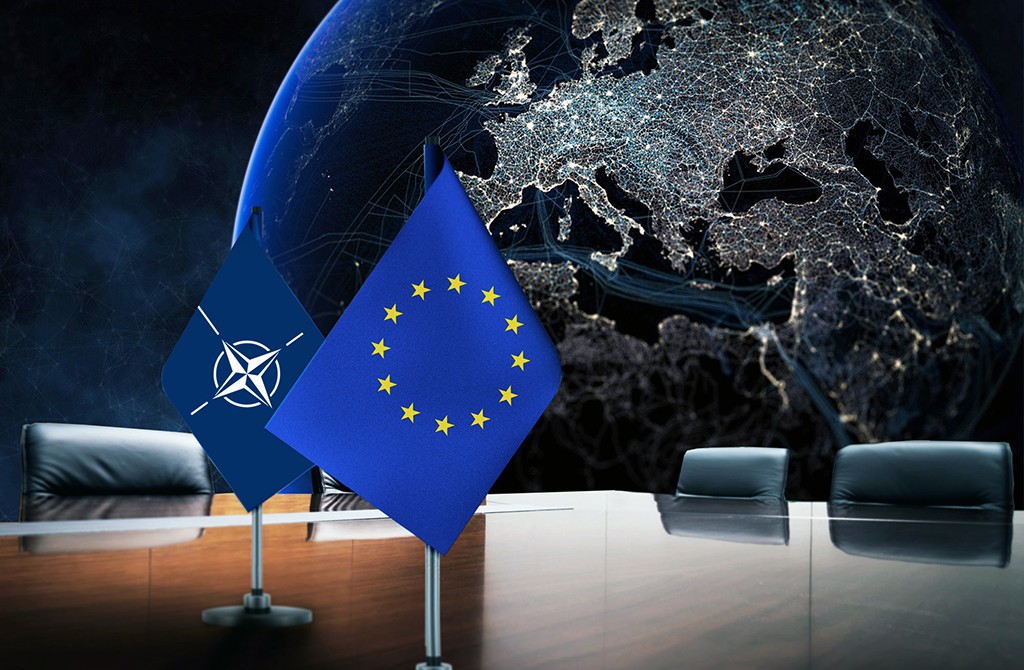 For the past five years, the Western media has engaged in an endless "discussion" on Turkey.

For the past five years, the Western media has engaged in an endless “discussion” on Turkey. Regardless of the specific issues at hand, their main point has been Turkey, under President Recep Tayyip Erdoğan’s “authoritarian” leadership, was drifting away from the West. This argument that became popular in the wake of the Gezi Park revolts became even more aggressive as Turkey cracked down on terrorist groups after the July 15, 2016 coup attempt. At the same time, Europe’s failure to assist Turkey’s war on terror strained Ankara’s relations with Brussels and a war of words broke out ahead of the 2017 constitutional referendum in Turkey.Nowadays, a heated debate is underway in Washington on Ankara’s role and value against the backdrop of the Trump administration’s decision to target Turkey, citing the arrest of pastor Andrew Brunson. The advocates of a strong partnership between the U.S. and Turkey have little impact on the administration’s Middle East policy, as professional anti-Erdoğanists celebrate the death of a strategic partnership. Claiming that Turkey and the U.S. do not have the same enemies, they argue that the two countries have different priorities and Turkey cannot be considered a U.S. ally anymore.

Ironically, some pundits portray the situation as a result of Turkey’s drift from the Western alliance. For example, Richard Haass, the controversial president of the Council on Foreign Relations, suggests that Turkey stopped being part of the West by turning its back on liberal democracy and pursuing an independent foreign policy. Urging that the U.S. and the European Union limit their security cooperation with Turkey, he wants them to wait until President Erdoğan’s term ends to renegotiate terms with the next Turkish administration. Haass believes that this is the new reality.

There are some anti-Turkey Europeans who mistakenly assume that there is still a united Western alliance in the post-Trump world. They have criticized the governments of Italy, Germany and France for speaking out against the Trump administration’s assault on Turkey’s economy. Frustrated with the pro-Turkey remarks of German Chancellor Angela Merkel and the Social Democratic Party (SPD) Chairwoman Andrea Nahles, these critics have called for the cancellation of the Turkish president’s upcoming tour of Germany. At the very least, they want Merkel to assume a critical approach towards Erdoğan based on the Western alliance’s “values.”Sadly enough, critics of the Turkish president in Western capitals fail to understand that the so-called Western alliance is coming down. They refuse to see that the targeting of Turkey by U.S. President Donald Trump, who views NATO as an obsolete institution, will only place Europe’s security at risk.

Trump, who came to power by pledging to put “America First,” forced a new reality on Europe through his criticism of NATO, Iran sanctions, the imposition of tariffs and other acts of a trade war. Today, European leaders have no choice but to end their dependence on the U.S. while reshaping their security and foreign policy. For lack of a better word, they need to take care of themselves provided that the Trump administration wants to take down the old order.

In recent months, Europe and the U.S. disagreed on a number of issues, including Jerusalem, Iran, Syria, refugees and Turkey. Furthermore, European governments have to prevent U.S. sanctions on European companies from harming their economies. It was noteworthy that German Foreign Minister Heiko Maas called for the creation of an independent international payment system to sidestep U.S. sanctions. Meanwhile, Merkel met Russian President Vladimir Putin after four years to discuss the situation in Ukraine, the Syrian crisis and the refugees. In other words, the German chancellor is looking for a rapprochement with Turkey and Russia to protect Europe’s strategic interests under the new rules of the game.Simply put, there are serious concerns on the European side of the transatlantic alliance. The idea of a Western alliance no longer meets the security needs nor does it protect the national interests of European governments. Quite the contrary, the U.S. emerges as the problem rather than the solution. Let us leave aside the empty chatter about the Western alliance now and focus on how Turkey and Europe can help each other take care of their own business.

So what if Trump gets impeached?
Next
Loading...
Loading...
We use cookies to ensure that we give you the best experience on our website. If you continue to use this site we will assume that you are happy with it.Ok