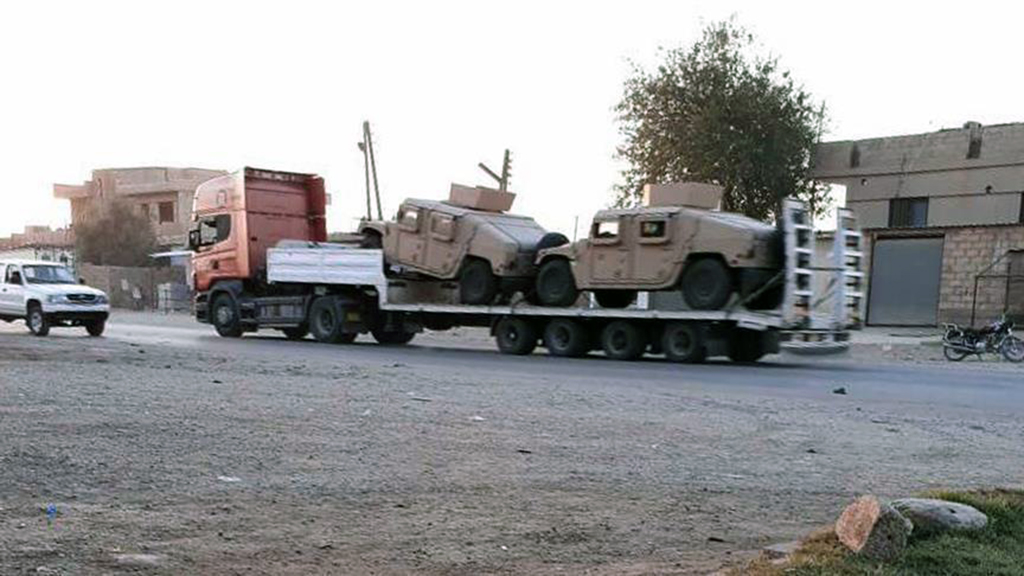 US has legitimate reasons for leaving Syria: Ex-general

The U.S. has legitimate reasons for deciding to withdraw its troops from Syria, a former brigadier general said Friday.

Mark Kimmitt, who also served as a top defense official under former President George W. Bush, spoke at a panel discussion hosted by the Foundation for Political, Economic and Social Research (SETA), a think tank based in Washington, D.C.

“There remain legitimate reasons, and overwhelmingly positive reasons, for the U.S. to be getting out of Syria rather than staying in it,” said Kimmitt.

Last month, U.S. President Donald Trump surprised many, including his own cabinet, when he announced plans to withdraw all American forces from Syria.

The decision came during a phone call with Turkish President Recep Tayyip Erdogan in which the two leaders agreed on the need for more effective coordination over the civil war-torn country.

Kimmitt laid out the reasons for defending the decision, saying that for one thing, the Daesh terrorist group is no longer a threat to the U.S.

“ISIS may not be defeated. [But] it is certainly degraded. The caliphate is gone,” said Kimmitt, using another name for the Daesh. “They are not an existential threat to the United States.”

Echoing comments by U.S. Special Representative to Syria James Jeffrey, the former defense official also noted that the nature of the U.S. alliance with the YPG/PKK terrorist group was “temporary, transactional, and tactical”.

“This notion that somehow the YPG are brave, democratic-seeking allies of the United States, I think, needs to be questioned,” he added.

In its more than 30-year terror campaign against Turkey, the PKK — listed as a terrorist organization by Turkey, the U.S. and the European Union — has been responsible for the deaths of some 40,000 people. The YPG is the group’s Syrian branch.

Kimmitt also said the U.S. did not want to get into a confrontation with Turkey, a NATO ally.

“We have to make the choice: do we fight the Turks? Do we defend the YPG? Who owns what territory?” he said.

McGurk's role in damaging Turkey-US relations
Next
Loading...
Loading...
We use cookies to ensure that we give you the best experience on our website. If you continue to use this site we will assume that you are happy with it.Ok