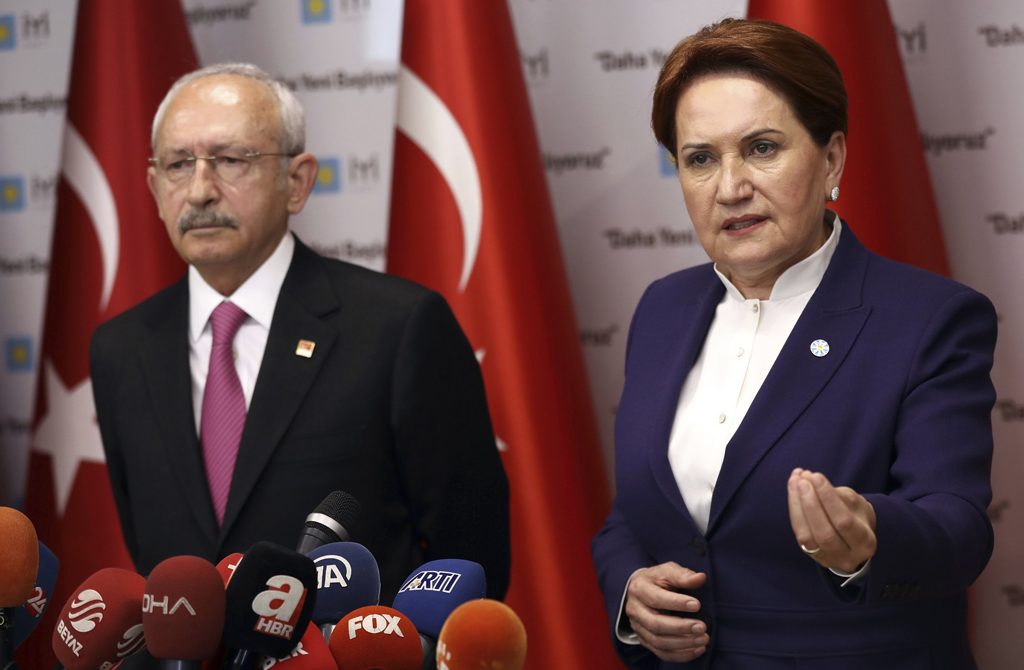 Does the opposition, which eagerly blames economic challenges on the presidential system, have a common policy that goes beyond unveiling a handful of shared principles?

Main opposition Republican People’s Party (CHP) Chairperson Kemal Kılıçdaroğlu and Good Party (IP) Chairperson Meral Akşener (the Nation Alliance’s chairpersons) have resorted to increasingly strong language in political debates. They blame the current “polarization” on the government, whilst doubling down on “securitizing” language by starting a war of words over Turkey’s system of government and President Recep Tayyip Erdoğan.

Needless to say, Kılıçdaroğlu is currently busy accusing the ruling party of “plotting political murders” to stay in power. He also threatened the bureaucratic class with a witch hunt, in an attempt to undermine the government’s ability to act. Indeed, the “early election” debate, in which Kılıçdaroğlu has single-handedly engaged in for two years, was intended to fuel political instability and prevent effective government. It seems that the opposition will use this strong language until the next election, keeping in mind Akşener’s most recent statements.

Last week, the IP chairperson claimed that the presidential system placed “democracy, social peace and national security” at risk. She supposedly made that statement to mock Erdoğan for saying that social media platforms posed a threat to “democracy, social peace and the national security of states.” Yet modern democracies are obviously concerned about perception operations and disinformation campaigns on social media. The debates over election security in the United States, the United Kingdom and Germany took place with reference to intelligence and social media operations by foreign governments. Indeed, the regulation of social media platforms is a prominent issue in democratic states, starting with the U.S. – where those companies are headquartered. Under those circumstances, it only makes sense for Turkey to take necessary precautions ahead of the 2023 elections.

Obviously, trading accusations is part and parcel of party politics. Yet Akşener’s claim that the presidential system undermines national security was no ordinary attack. Let us not forget that the Turkish people will elect a president in 2023 to govern under the current system. If one were to follow in the IP chairperson’s steps, it would be possible to suggest that her self-stated “candidacy for prime minister” was an attempt to fuel instability and chaos – since it would take two elections and a constitutional referendum to get her there. Furthermore, one could view as a “national security issue” the silence of the CHP and the IP in the face of the Peoples’ Democratic Party’s (HDP) remarks about “coming to power in the next election” or their opposition to military operations that are closely linked to Turkey’s national security.

In truth, the opposition resorts to such strong language for one reason only: They hope to preserve the self-confidence of their base, which pollsters conveniently boosted in recent months, and to keep their fragmented coalition, which lacks a common vision, on its feet. The opposition leaders, too, know that the promise of “reinstating an augmented and enhanced parliamentary system” does not amount to a new narrative or agenda that could inspire hope among voters. As a matter of fact, observers note that the intra-opposition debate over leadership and potential candidates could play into Erdoğan’s hand.

Does the opposition, which eagerly blames economic challenges on the presidential system, have a common policy that goes beyond unveiling a handful of shared principles? Where do they stand, for example, on terrorist organizations like the PKK-YPG and the Gülenist Terror Group (FETÖ), or on Libya, Greece and the Eastern Mediterranean? With regard to the “Kurdish question,” could they go beyond mere words?

Those folks, who urge the opposition to “come up with a story” and to “form a genuine alliance with all social groups, including Kurdish nationalists” unwittingly ask something of the Nation Alliance that it just cannot deliver or manage. Therefore, the opposition could only borrow rhetoric, as opposed to concrete policy, from the recommendations of those observers, who discuss the nature of transition and whether “re-democratization” is possible. It is that inevitable challenge that makes it unlikely for the opposition to do anything more than talk about potential candidates and blame stuff on the system of government. Instead, they attempt to conceal their lack of policy by warning each other against “polarization” and “falling into the government’s trap” – while coming up with aggressive accusations. Let’s make one thing clear: it won’t be easy for the opposition to dig itself out of this hole.

Perspective: Turkey's Multidimensional Strategy Towards Africa
Next
Loading...
Loading...
We use cookies to ensure that we give you the best experience on our website. If you continue to use this site we will assume that you are happy with it.Ok