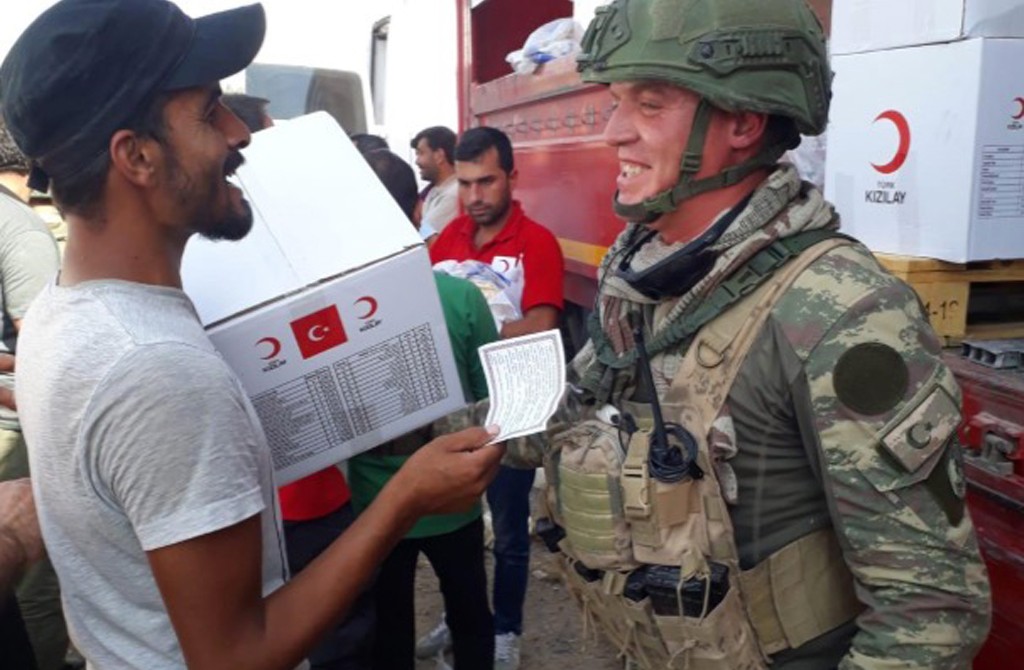 Operation Peace Spring paved the way to two crucial agreements. In Ankara, the United States conceded that the Syrian border towns of Ras al-Ayn and Tal Abyad had come under Turkish control. With the Sochi agreement, Russia agreed to push the terrorist organization PKK’s Syrian offshoot, the People’s Protection Units (YPG), 30 kilometers away from the Turkey-Syria border. Under the Turkish-Russian deal, YPG militants will be excluded from the Assad regime’s army as well as local government. In other words, Turkey prevented the YPG’s emergence as a cradle of terrorism and a political entity on its southern border.

It took three military incursions and two agreements since 2016 to get here – all thanks to President Recep Tayyip Erdoğan’s decisive leadership. Erdoğan thus has gone down in history as a leader who took Turkey’s military and diplomatic capabilities to the next level. Altering the balance of power in Syria, he oversaw his country’s emergence as the second-most influential player in the conflict zone – after Russia.

Reactions from Western governments indicate that the power struggle’s second chapter has just begun. First of all, Europe will continue to question the legitimacy of Operation Peace Spring despite Turkey’s agreements with the United States and Russia. The European Parliament’s decision to impose targeted sanctions on Turkey attests to that fact. Charges of ethnic cleansing against the Turkish president, levied by the European media, serves the same purpose. The Europeans want to protect the YPG – the Syrian offshoot of a designated terrorist organization. They want to mitigate Turkish pressure on Europe to take action for refugees, including additional financial support. Europe also seeks to tarnish the Syrian National Army’s (SNA) reputation by making allegations about supposed war crimes, questions the incursion’s legitimacy under international law and accuses Turkey of demographic engineering.

Needless to say, none of those steps will change Turkey’s policy in the slightest.

Europe still cannot grasp what it means for both Russia and the United States to shake hands with Turkey. Slowly but surely, European governments are losing their seats at the negotiating table. To be clear, they cannot get what they want with the threat of sanctions – a move stolen from U.S. President Donald Trump’s playbook.

The only way to address the refugee issue is to work with Turkey. Otherwise, European democracies will run the risk of succumbing to populism. Make no mistake: the Syrian refugees want to live in Paris, Berlin, and other parts of Europe. Let us hope that the leaders of France, Germany and Britain will come up with meaningful proposals which reflect their awareness of their own interests.

Turkey accomplished much and gained the upper hand in the Syrian theater. It must, however, remain active physically and at the negotiating table for a few more years. After all, the fight against PKK/YPG terrorists in Iraq and Syria is far from over.

Judging by President Trump and the Russian defense minister’s contacts with the YPG’s ringleader, not to mention Europe’s approach to Turkey, they intend to keep PKK/YPG terrorists around as a useful tool. The West has not given up on its goal of legitimizing YPG. Everything they did to keep YPG terrorists alive supports that claim. Turkey’s next objective must be to remove the YPG from Syrian territories below the 30-kilometer line. Ankara must prevent the YPG’s legitimization and inclusion in Syria’s political transition.

Renewed diplomatic pressure is needed to facilitate the repatriation of refugees and the opposition’s integration into the new Syria. Turkey must also take steps towards a comprehensive safe zone in areas liberated during the three incursions.

Opposition Peace Spring was a game changer, but Turkey’s opponents won’t simply quit. Turkey’s only choice is to keep working hard until everyone understands that the only way to end the Syrian civil war is to cooperate with Ankara.

It's time for the US to accept the YPG danger
Previous

Time for the PKK and its sponsors to admit defeat
Next
Loading...
Loading...
We use cookies to ensure that we give you the best experience on our website. If you continue to use this site we will assume that you are happy with it.Ok