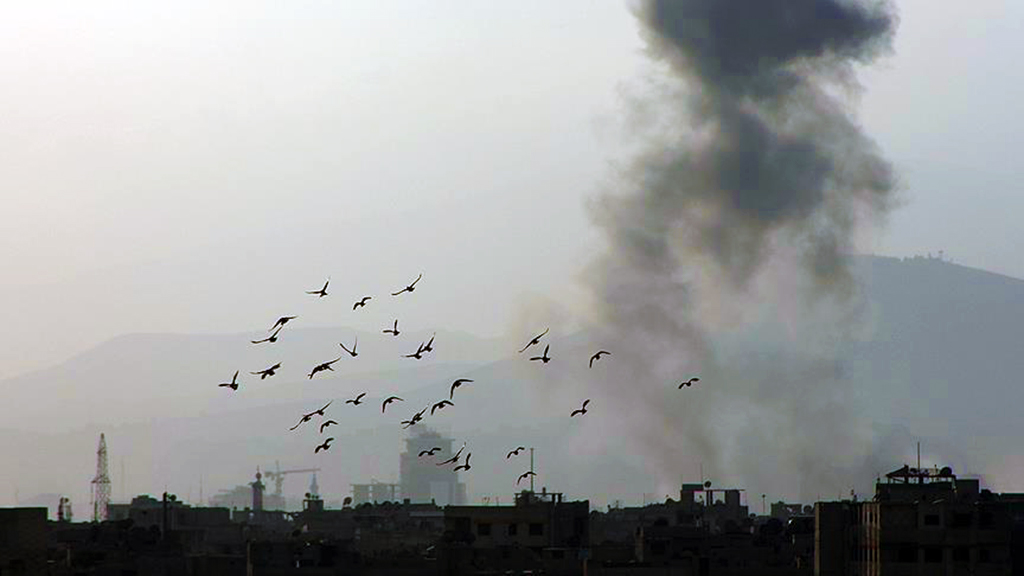 The US exit strategy from Iraq to Syria

In 2005, during a visit to troops in Iraq, U.S. Secretary of Defense Donald Rumsfeld reportedly said, "We don't have an exit strategy, we have a victory strategy." The true meaning of this statement and its potential repercussions for the U.S. strategy in Iraq is a matter of debate among scholars.

In 2005, during a visit to troops in Iraq, U.S. Secretary of Defense Donald Rumsfeld reportedly said, “We don’t have an exit strategy, we have a victory strategy.” The true meaning of this statement and its potential repercussions for the U.S. strategy in Iraq is a matter of debate among scholars.

However, the fact that Rumsfeld felt the urge to respond to a need for an “exit strategy” in Iraq displayed the rising intolerance among the public of the unpredictability of warfare and uncertainty of its timeline.

Although the real debate about an “exit strategy” emerged in U.S. foreign policy in the previous decade in the 1990s to define the extent and limits of military operations, it was during the Iraq War that everybody started to talk about the necessity of such a concept before launching a military adventure.

In time, this concept became the most significant argument for those against the use of military force. Today, for critics of military interventions, this term is a major asset. To question a proposed plan to use military force about its exit strategy can sometimes be a way to bury that plan in front of the public. Also, to criticize existing military interventions by the U.S. military for their lack of an exit strategy can lower the justification of this endeavor and create a credibility problem for the leadership that launched this military plan.

The invasion of Iraq

During the Iraq War the lack of an exit strategy was a point of departure for critics of the architects of the Iraq War. The prolongation of the war in Iraq, the emergence of civil-sectarian warfare and the failure of the building of an Iraqi government were tied to the lack of an exit strategy. Later when President Obama made a decision to withdraw U.S. troops from Iraq, the same issue was raised. There was no exit strategy for the war in Iraq; there was just a decision to exit from Iraq instead.

President Obama during his speech explained this issue not as a proactive strategy, but instead as an undeniable necessity. He said: “The hard truth is we have not seen the end of American sacrifice in Iraq. But make no mistake, our commitment in Iraq is changing; from a military effort led by our troops to a civilian effort led by our diplomats.” He also mentioned that withdrawing from Iraq was also a campaign promise. He said: “As a candidate for president, I pledged to bring the war in Iraq to a responsible end. And that is exactly what we are doing.”

In fact, the lack of a strategy in Iraq also demonstrated the lack of an exit strategy. While some considered the decision to exit as a strategy, a few years after the withdrawal, when the Maliki regime created another sectarian civil war and Daesh started to emerge in the territories of Iraq, they understood that if it was a strategy, it was a really bad one.

The ghosts of an exit strategy never left President Obama during his tenure. His critical foreign policy decisions were impacted by the debates on exit strategy.

In Libya, for instance, his military involvement was criticized because of the lack of an exit strategy. Later in the Syrian conflict, President Obama justified his inaction in Syria by invoking the lack of an exit strategy. Sometimes it was referred to as the lack of a day after plan. Sometimes, the Iraq War was just provided as a historical analogy to stop the intervention process. In fact, the legitimate question in regards to how this conflict and U.S. military intervention will end have also become an excuse for the policy failures or strategic shortsightedness.

When President Trump was running for election, just like President Obama he also pledged the withdrawal of U.S. troops from different conflict zones around the world. In fact, this was a pledge that the U.S. had been very much familiar with throughout its history. Following almost every military intervention, the U.S. public questioned the rationale and the necessity of military involvement. As a result of this public reaction, a wave of isolationism starts in the political arena. Just after World War I, despite the victory of allied powers, the public began to lean on isolationist thinking and questioned the overseas involvement of U.S. foreign and security policy. The decision of Congress in regards to U.S. membership in the League of Nations idea was an example of this reaction. The Republican Party in those years adopted the slogan “America First” to instrumentalize the reaction of society to the involvement in World War I. The same type of disillusionment about the U.S. “military adventurism” was present following the Vietnam War. The antiwar movement in the U.S. rose during the Vietnam War and the “trauma” led to a re-evaluation of U.S. military engagements. However, what is particularly concerning for many is this sudden wave of withdrawalism, which usually constitutes a more unstable international order, bringing a costlier situation for the U.S. Just like President Obama, President Trump also sharply criticized going to war in Iraq. Earlier this year for instance, he reiterated his campaign pledge on Syria and announced that the U.S. will withdraw from Syria in a very short period of time. Eight months after his initial remarks, two weeks ago, President Trump started to implement this policy after a phone call with President Erdoğan. His tweets and statements following this decision reveal that he is adamant to implement the same policy in other regions, including Afghanistan.

The same fate in Syria

Under these circumstances there is a larger question in regards to the “exit” of U.S. troops from these areas. Everybody is waiting to see the withdrawal process. Is there a plan for this withdrawal? Does the U.S. continue to be an actor in the political process? What will be the extent of coordination with its NATO ally Turkey in this process? These will determine the success of the exit plan that President Trump suggested. Also, for the longer term, will this exit be part of a pattern of U.S. global engagement or is it something specific to Syria. And if it is intended to be part of a pattern, can the Trump administration adopt this exit plans in other zones with U.S. forces. Also, it would be important to see and understand how much this exit plan will influence the nature of U.S. military involvement in the future and how other global powers will change the orientation of their foreign policy following this decision. In the next few years, we will continue to have debates on the exit strategies, exit plans and their implications for global politics.

Islam is religion of peace: Head of Turkey's Diyanet
Next
Loading...
Loading...
We use cookies to ensure that we give you the best experience on our website. If you continue to use this site we will assume that you are happy with it.Ok