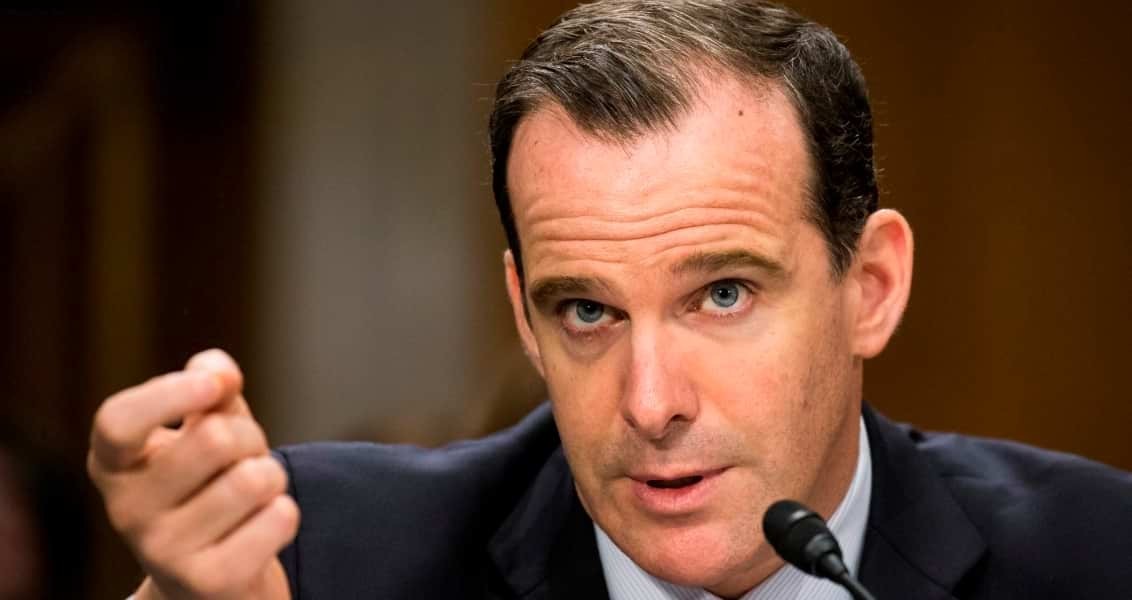 The Al-Qaida Threat and Washington’s Recklessness

With Daesh out of Mosul, all eyes are turning to Syria once again. Against the backdrop of the Raqqa operation, a cease-fire brokered by the United States, Russia …

With Daesh out of Mosul, all eyes are turning to Syria once again. Against the backdrop of the Raqqa operation, a cease-fire brokered by the United States, Russia and Jordan has been holding in southwest Syria – which brought the developments in the north to the forefront. In northern Syria, the capture of Idlib by Hay’et Tahrir al-Sham, or the Syrian al-Qaida and Turkey’s plan to launch a military operation against the People’s Protection Units (YPG) positions in Afrin remain at the very top of the agenda. At the same time, there is some chatter about Turkey, Russia, France and the United States carrying out joint operations against Hay’et Tahrir al-Sham, which has been attracting Daesh militants in the area.

At this crucial moment, Brett McGurk, the U.S. president’s special envoy for the global anti-Daesh coalition, described the al-Qaida threat in northern Syria as follows: “Idlib province is the largest al-Qaida safe haven since 9/11. We have been very focused on al-Qaida in Idlib province.”

The YPG’s best “friend” in Washington continued to talk about the post-Daesh future of northern Syria and indirectly accused the Turkish government of supporting al-Qaida in Idlib by allegedly turning a blind eye to the delivery of weapons to the area. Needless to say, McGurk’s remarks remind the Turks of the now-obsolete claim that Ankara was supporting Daesh – which, again, served the interests of the PKK-YPG.

What made McGurk’s comments even more infuriating was that they came days after General Raymond Thomas’s admission that the YPG’s rebranding campaign was directed by the U.S. government. Never mind that Washington sent 809 truckloads of weapons to the YPG militants, who threatened to withdraw from the Raqqa operation if Turkey targeted their positions in Afrin and announced a timeline for municipal elections in the so-called Democratic Federation of Northern Syria.

Over the years, much has been said about the Obama administration’s failures and Washington’s role in the destruction of Syria. Failure to provide due support to the moderate rebels, it has been repeatedly argued by policy experts, had fueled the rise of Daesh and handed Iraq and Syria over to Russia, Iran and the Assad regime. In recent months, the constant shake-up in the White House, coupled with fierce competition among senior officials, the Trump administration has been unable to devise a coherent Syria strategy and therefore opted to work with the Obama people to implement the same flawed policies.

However misguided, the Obama administration’s efforts were coherent with the former president’s broader plan to integrate Iran into the international system. Unlike his predecessor, however, President Trump has been saying that he intends to contain and isolate Tehran. Ironically, he further strengthened the Russian and Iranian position in Syria by ending the CIA’s train-and-equip program. Experts seem to agree that the U.S. allowed Moscow and Tehran to establish a stronghold in Syria for the sake of restoring stability in the Middle East.

Another flawed part of Washington’s reckless Syria policy involves the constant alienation of Turkey by supplying weapons to the YPG and protecting the militants in northern Syria. By providing active support to the PKK-YPG, the United States has been weakening its alliance with Turkey. To add insult to injury, McGurk dared to accuse the Turks of turning a blind eye to the al-Qaida threat. It should be clear to everyone that people can no longer tolerate the shamelessness of officials who serve a country that dragged the Middle East into chaos by invading Iraq and Afghanistan.

Wasn’t it Washington that birthed al-Qaida in the 1980s and gave rise to Daesh by implementing flawed policies in Iraq? To be clear, nobody was held accountable for their mistakes in Iraq, which was occupied to supposedly stop the proliferation of weapons of mass destruction (WMDs). Today, the likes of McGurk continue to propel the rise of the PKK’s Syrian branch, the YPG, citing tactical goals. In other words, they are laying the groundwork for future conflicts in the region. But, of course, there is no need to panic. At least some U.S. officials will be able to write books about Washington’s mistakes in Syria upon their retirement – when we will be busy dealing with the next generation of U.S.-powered terrorist organizations.

Turkey is Winning, but You are Losing Turkey
Next
Loading...
Loading...
We use cookies to ensure that we give you the best experience on our website. If you continue to use this site we will assume that you are happy with it.Ok